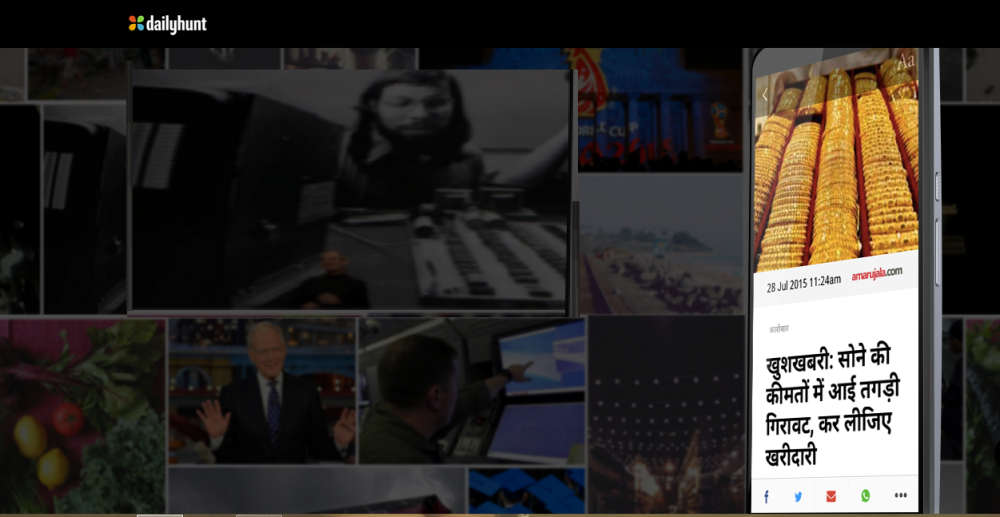 After the rebranding of NewsHunt’s closest competitor, News in Shorts as in Shorts, the startup disclosed that it has rebranded itself as Dailyhunt.

With this rebranding, Bangalore-based mobile news aggregation platform, NewsHunt, plans to enter into new verticals such as shopping and test preparation. The updated app, which will be up in few months, will be revamped with added features, enable shopping and feature test preparation, along with providing ebooks, magazines and comics in local language. Dailyhunt will be extended internationally to Sri Lanka, & UAE and nationally to more regional languages like Assamese, Nepali, Bhojpuri and Sindhi.

According to a mention in NewsHunt blog, “We now serve millions of users, but our mission has never changed: to make it easier for people to enjoy the best content in their language, on any device.”

​Launched in 2009 by former Nokia employees Umesh Kulkarni and Chandrashekhar Sohoni,  NewsHunt was acquired by VerSe in 2012.

NewsHunt app, that works on all platforms and devices including J2ME, Symbian, Blackberry, Android & iOS has raised series of investment from investors like Sequoia Capital India, Falcon Edge Capital, Matrix Partners, Omidyar Network and Darby Overseas Investments to be a dominant part of 500 million mobile Internet users, which are expected to emerge in India to create and consume content and services in local languages.

The startup has raised $58 Mn in total till date along with two acquisitions viz. analytics and mobile platform company, Vauntz and product discovery and recommendation platform, Buyt.in

NewsHunt has taken over a large section of market that wants content in regional language. According to a recent study by Deloitte,  vernacular print market is growing at a CAGR of 11%(versus 5% for English) and as per Internet and Mobile Association of India (IMAI) there will be more than 25 million Indian mobile internet users by next year, thus encouraging enormous opportunities to be explored by the company.