SoftBank has been pushing its portfolio companies towards profitability

OYO might not see the high returns as promised by SoftBank, says investor 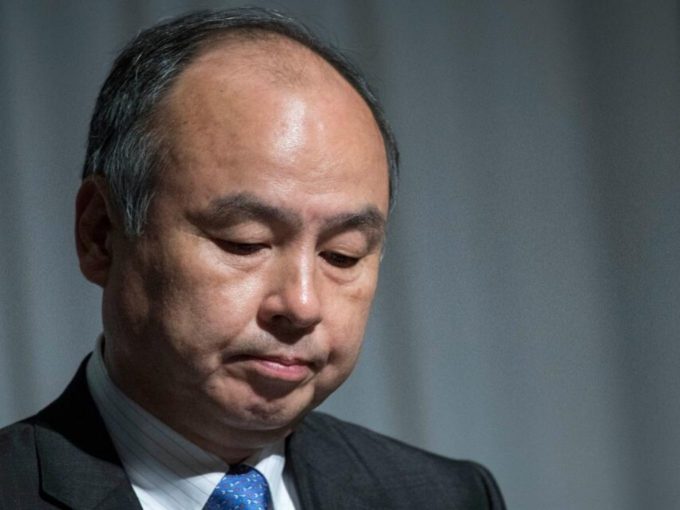 Coworking startup WeWork’s attempt to go public has hit SoftBank the hardest. Not only SoftBank had to take control of the company that was about to run out of cash, but now its expectations of raising its $108 Bn vision fund II are also falling apart, it seems.

As per a report by Wall Street Journal (WSJ), SoftBank may just be able to raise half of the desired $108 Bn, with nearly all of the capital coming from its own pocket. The report noted that smaller investors like Taiwanese and Japanese insurers, Goldman Sachs and Standard Chartered aren’t likely to invest this year.

However, SoftBank noted that it can still attract outside cash and expects money from some corporations. Moreover, the spokesperson added, “Other investors continue to assess potential future commitments.”

Softbank’s biggest investors Saudi Arabia’s Public Investment Fund (PIF) and Abu Dhabi’s state-owned fund Mubadala Investment Co have also started tightening its grip on the investor. Both the investors have told SoftBank that any cash they put into Fund II must come as a profit from Fund I, as per the sources. SoftBank Vision Fund I generated roughly $10 Bn in disclosed profits.

According to the WSJ report, Mubadala does not want to leave SoftBank stranded, but it doesn’t want to invest such a massive amount once again. Mubadala head Khaldoon Al Mubarak reportedly said that SoftBank Vision Fund’s first batch needs more time to develop. Meanwhile, Mubadala wants to closely monitor the technology landscape before committing to a new fund.

A person close to the matter told WSJ, that Mubadala believes that OYO Hotels and Homes has had too aggressive growth, and the analysis suggested that it is unlikely that the company will be witnessing high returns as promised by SoftBank’s head Masayoshi Son.

The WeWork debacle has made investors skeptical about SoftBank’s investment strategies and the pace of the investments. Moreover, with WeWork’s IPO failure costing SoftBank $4.7 Bn, Investors have also started questioning if there are more such companies in Softbank’s portfolio.

To ensure that other investments do not follow the path of WeWork, SoftBank has been pushing the companies towards cost-cutting and profitability. To fulfill SoftBank’s demand, its portfolio companies WeWork, Oyo Hotels & Homes, Uber, food-delivery company Rappi, and car-leasing company Fair have recently laid off their staff to limit losses.

The WSJ report also notes that “Vision Fund has struggled and Mr. Son’s strategy of making big investments to boost growth has failed to create big winners.” The report also noted that SoftBank used to make billion-dollar investments decisions over a few minutes, rather than putting months of research in it.

With Vision Fund II falling short of its $108 Bn target, SoftBank might have to cut short its 500-person investing staff as well. Reportedly, several senior executives have already left SoftBank, while others have relocated from its headquarters in London to Abu Dhabi.

As per the WSJ report, SoftBank has also had discussions doing one-off investment deals with investors. With this, the investors will get a say in how their money is being spent. This shift from a long-term focus based on big investment funds has also reportedly led to a disagreement between SoftBank Chief Executive Son and Vision Fund head Rajeev Misra. However, SoftBank denied any such disagreement.