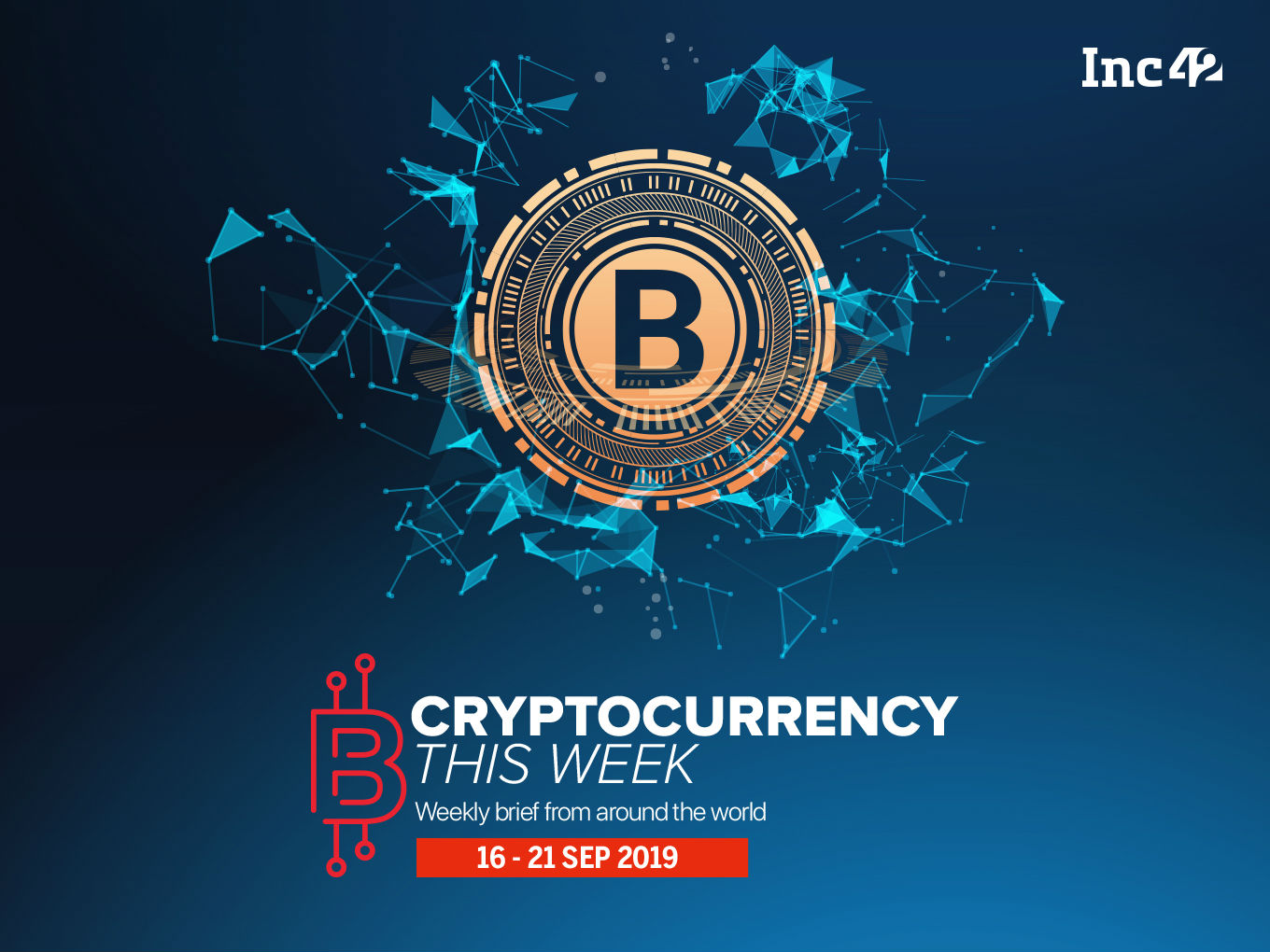 Amit Bhardwaj, the key accused in the GainBitcoin Ponzi scheme is back in the news. Bhardwaj who has been out on interim bail since the Supreme Court granted it on April 3 has now filed a separate application in the Supreme Court of India, seeking to deposit INR 2 Cr in lieu of Supreme Court’s order dated April 3, 2019.

The Court had earlier directed him to deposit INR 10 Cr by October 2.

However, Bhardwaj’s interim bail has not been granted in isolation. The other accused — which include his two brothers Vivek and Ajay Bhardwaj and his father Mahinder Bhardwaj, Darwin Labs founders Nikunj Jain and Sahil Baghla, have also been granted bail by Indian courts on various grounds.

Meanwhile, leading cryptocurrency exchange Binance is back in the US. However, access for residents in 13 states – including New York, Washington, Texas and Florida – to the six cryptocurrencies it has announced to offer in the beginning shall still be restricted.

Let’s take a look at major developments of the week!

While the next hearing in Supreme Court is on November 19, Amit Bhardwaj, the key accused in the massive GainBitcoin scam case, has now filed a separate application in the Supreme Court of India, seeking to deposit INR 2 Cr in lieu of Supreme Court’s order dated April 3, 2019.

Granting bail on April 3, the SC had directed Amit Bhardwaj to deposit INR 10 Cr within six month period which will end on October 2. The court had directed,

“A sum INR 10 Cr will be deposited in the registry of this court within a period of six months from today which amount shall be kept in an interest-bearing short term fixed deposit of nationalised bank.”

As a result, Deepak Prakash who is representing Bhardwaj in the Supreme Court has filed another application requesting the court to modify the amount. Offering an amount of INR 2 Cr, he wrote, “In compliance of the Annexure A-1 order (April 3), out of total sum of INR 10 Cr, the applicant is hereby making a part deposit of a sum of INR 2 Cr in the registry of this court, by way of a fixed deposit amounting to INR 2 Cr from the account of petitioner.”

Meanwhile, unhappy with the allegedly compromised investigation, some of the investors out of over 8K investors who had invested in GainBitcoin have also written to the President Ram Nath Kovind now questioning the expertise of the police over the matter. This is not the first letter sent by the investors to the government. They have already written letters to the Prime Minister, the home minister, ministry of corporate affairs, enforcement directorate, and many others.

Thailand’s leading cryptocurrency exchange Bitcoin Co (bx.in.th) has announced to discontinue offering digital exchange services and wallet services at our BX.in.th website in order to focus on other business opportunities.

The company will stop offering all trading services after September 30th 2019 and has asked its users to withdraw all funds held at the BX.in.th website into their own bank account or digital wallet.

In a statement, it said, “The company will not be seeking to hold an SEC issued Digital Asset Exchange license for the year 2020, and we ask all customers to withdraw their funds before November 1st, 2019. After 1 November 2019, the company will continue to open the BX.in.th website only as a method for customers to contact the company about outstanding issues.

Bitcoin needs a better and stronger regulation before it trades on a major exchange, commented US Securities and Exchange Commission Chairman Jay Clayton. Speaking at a CNBC conference, Clayton said,

“If [investors] think there’s the same rigor around that price discovery as there is on the Nasdaq or New York Stock Exchange … they are sorely mistaken. We have to get to a place where we can be confident that trading is better regulated.”

Speaking to CNBC, Clayton had earlier informed that progress is being made and soon the SEC may allow Bitcoin ETF too. He had stated, “An even harder question given that they trade on largely unregulated exchanges is how can we be sure that those prices aren’t subject to significant manipulation? … People needed to answer these hard questions for us to be comfortable that this was the appropriate kind of product,”

In other news, Bobby Lee, former cofounder of China’s first crypto exchange BTCC said that he perceives Bitcoin as an asset to invest into and does not take it as a payments system.

Lee who had launched BTCC in 2013 and was its CEO, has now launched a new company Ballet which offers hardware crypto wallet.