In the petition, CAIT has alleged that the proposed combination of Walmart-Flipkart would lead to a huge degree of vertical integration in the market 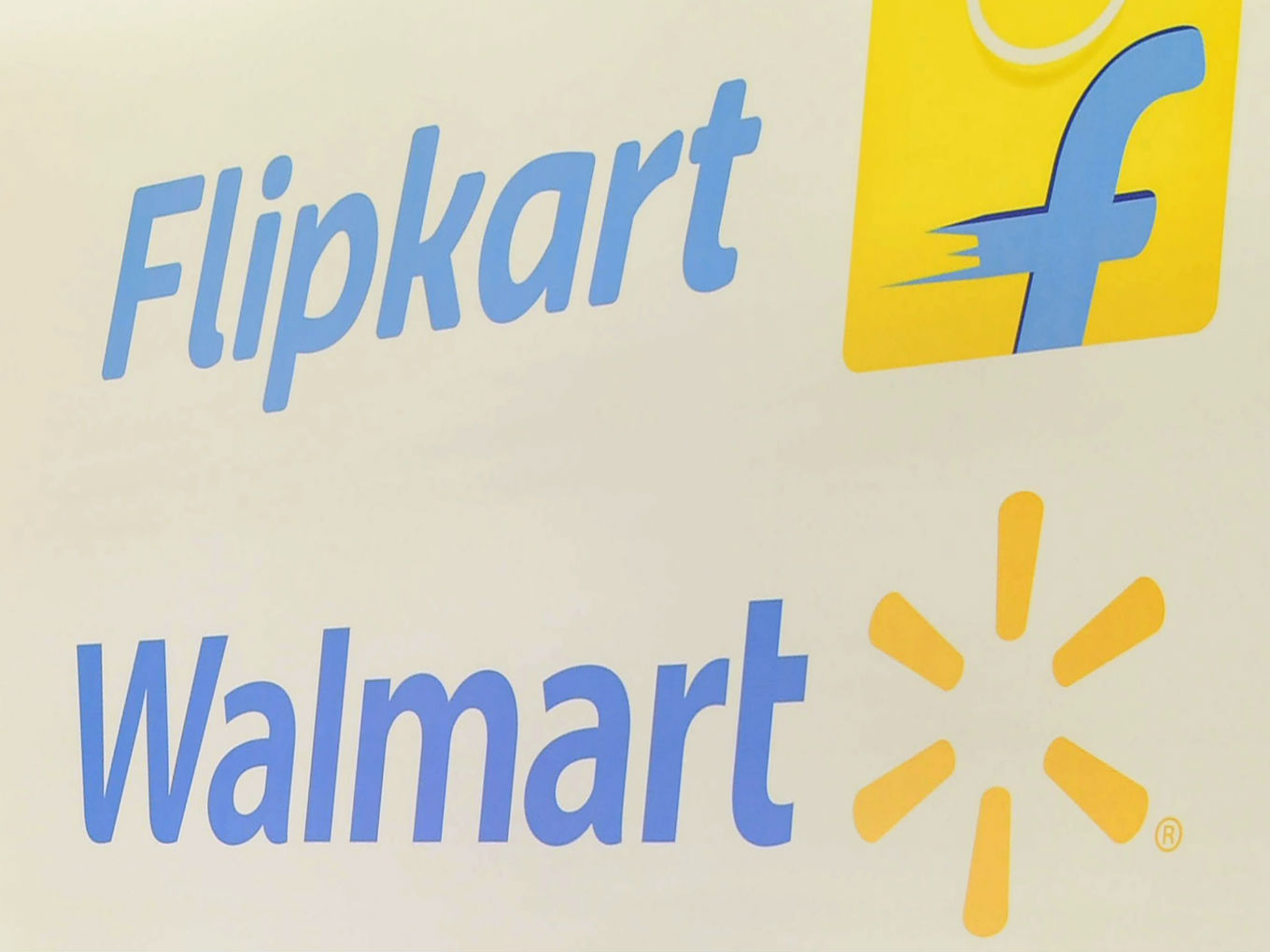 Traders organisation Confederation of All India Traders (CAIT) has filed a petition in the National Company Appellate Law Tribunal (NCLAT) asking for the reversal of the Walmart-Flipkart deal approved by the Competition Commission of India’ (CCI), which works to create ‘level playing field’ in the country’s economy.

Ever since the Walmart-Flipkart deal received a green signal from the CCI, traders body including CAIT has been alleging that the proposed combination of Walmart-Flipkart would lead to a huge degree of vertical integration in the market.

“Since Walmart is a global retail giant with its own range of multi-brand products and where the B2B market is concerned, there is a high likelihood of Flipkart and Walmart would affect other wholesalers on the platform,” CAIT that represents 70 million small businesses said in a statement.

According to CAIT secretary general Praveen Khandelwal, CCI has acknowledged (in its order) that a small number of sellers have been accounting for substantial sales on Flipkart. “This is only bound to get aggravated once Walmart comes into the picture, as Walmart’s goods through preferred sellers would be prioritised and given discounts by Flipkart,” Khandelwal said.

CAIT’s petition further says that CCI has been ignoring the alleged predatory activities of both Walmart and Flipkart carried out in the past, and has also been ignoring detailed objections filed by the CAIT against the deal. Another traders organisation, All India Vendors Association (AIOVA) had earlier filed a complaint with the CCI alleging Flipkart’s indulgence in predatory pricing and favoring its own brands.

AIOVA had also filed a petition against Flipkart for giving “preferential treatment” to a few sellers to enable deep discounts on its platform.

Legal experts are of the opinion that NCLAT being an appellate forum for any decision that the CCI takes has the right to uphold, modify or set aside CCI’s decision.

“That said, CCI is supposed to look at the proposed transactions and take a call on whether it will have a negative impact on competition. So if CCI did not consider the issues that fall outside its natural mandate, then it may not necessarily influence the appellate tribunal,” a lawyer said.

When Did It All Start?

The Walmart-Flipkart deal was officially announced on August 18, which valued the homegrown ecommerce company at around $22 Bn. The deal has received harsh opposition from several traders bodies and signatories which include networks like RSS-affiliated Swadeshi Jagran Manch (SJM), National Fishworkers Forum and the National Hawker Federation.

In May, AIOVA and CAIT had approached the CCI stating that the deal will create an unfair competition and an uneven playing field for domestic players. The deal would deny market access to non-preferred sellers and impact small traders, it said.

Similarly in June, associations such as Centre of Indian Trade Unions (CITU), which is a national level trade union and All India Kisan Sabha (AIKS), called for the nullification of the deal. The traders had also alleged that the Walmart-Flipkart deal will cause “irreversible damage to small traders and endanger the jobs of thousands.

CAIT has recently written to the finance minister Piyush Goyal apraising that the Walmart-Flipkart deal would be cancerous for the Indian retail industry. The traders organisation has also called for Bharat Bandh on September 28 to protest against the deal.

Meanwhile, Walmart has filed a caveat in multiple high courts across the country and has also taken pre-emptive action against threats raised by the trade organisations Confederation of All India Traders and Swadeshi Jagaran Manch.

NCLAT, on 6 September, issued a notice to Walmart enquiring the about business model under an appeal filed against the Walmart-Flipkart deal.

“Before going into the merit of the appeal, we intend to know the manner in which Walmart International Holdings Inc. and Flipkart Pvt. Ltd. do their business in the relevant market in India,” the notice said. 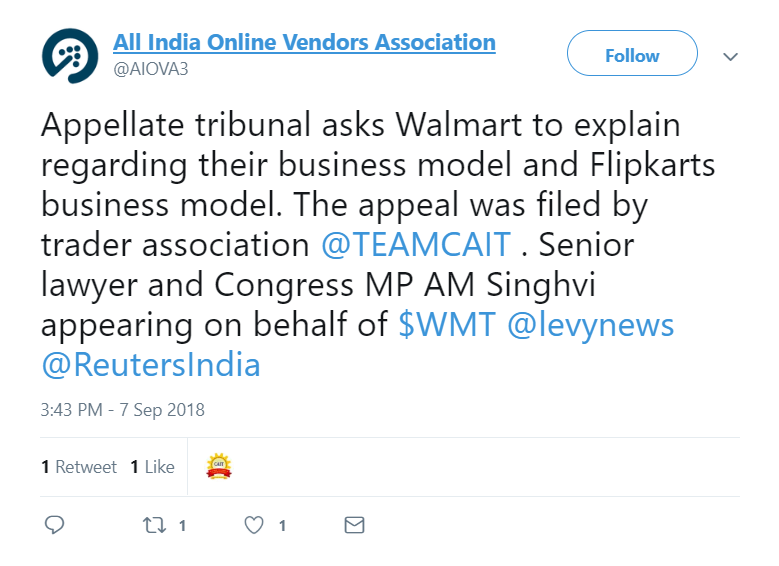