Amazon is looking to promote startups, small retailers and artisans through SMBHav 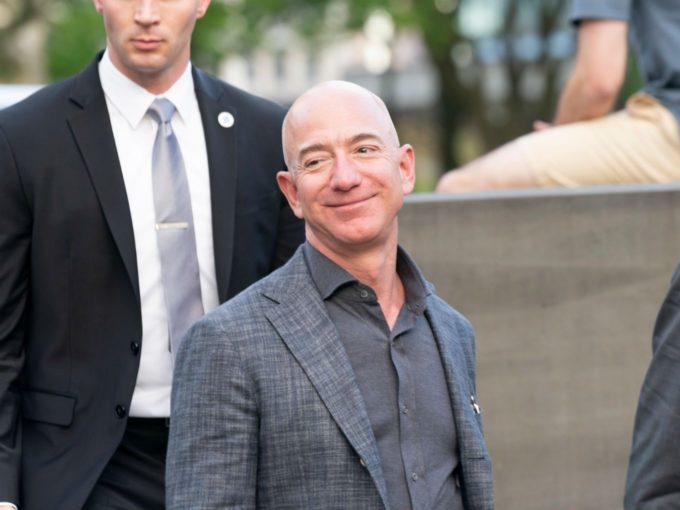 Ahead of Amazon founder and CEO Jeff Bezos’ visit to India next week, thousands of small-scale traders union and associations are planning to organise protests across the country. Traders’ body Confederation of All India Traders (CAIT) said that it will protest across 300 cities during Amazon chief’s stay in India.

The decision of protest from traders association comes after the announcement of Amazon’s founder’s visit next week, where Bezos will be meeting Prime Minister Narendra Modi, other government officials and industry stakeholders to ease out ecommerce regulatory challenges in the country,

According to a Reuters report, the protests will coincide with Bezos headlining Amazon’s SMBhav event, which is scheduled on January 15 and 16 in Delhi. Amazon’s event is meant to be a way to woo more startups, small and medium businesses, micro, small and medium enterprises (MSMEs), weavers, artisans and women entrepreneurs to join its platform.

The CAIT, which comprises over 70 Mn brick-and-mortar retailers, has been accusing ecommerce companies such as Amazon and Flipkart of violating FDI laws through deep discounting, predatory pricing, inventory control and a biased seller system.

The government, at various levels, has tried to address the concerns of traders. In a letter to finance minister Nirmala Sitharaman in late October, the CAIT said that ecommerce companies Amazon, Flipkart and others were selling goods much below their market value thus denying the government of legitimate goods and services tax (GST) revenue.

Even as Indian ecommerce players and retail traders await the National Ecommerce Policy, the Competition Commission of India (CCI) has come forward to push self-regulation measures to mitigate some of the issues that are existing in the ecommerce sector.

In a report titled “Market Study on E-Commerce in India: Key Findings and Observations,’the  CCI has asked ecommerce companies to keep a check on themselves on various issues, including discounting, revision in contract, review mechanism, data collection and search ranking among others. It called for a clear and transparent policy on deep discounts and authenticating product reviews.