BYJU’S, which is the world’s highest-valued edtech company, is also the biggest acquirer in the Indian edtech sector with five acquisitions

Unacademy is also a leader when it comes to acquisitions in the Indian edtech sector, having acquired startups such as Mastree, PrepLadder, Kreatryx and CodeChef, among others 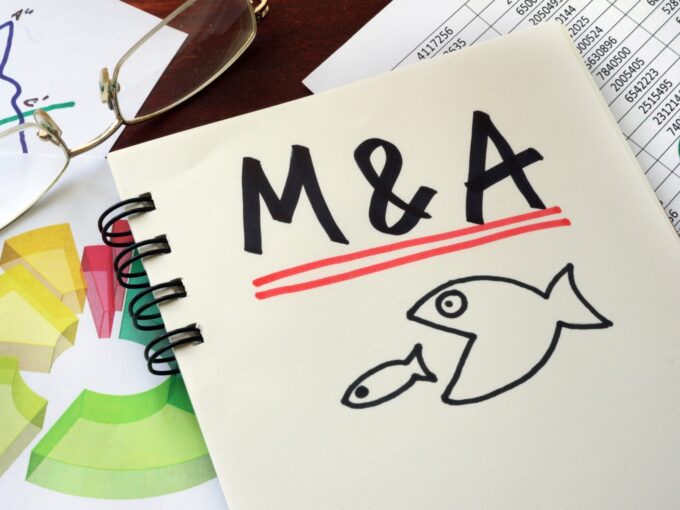 Founded in 2011 by Byju Raveendran and Divya Gokulnath, BYJU’S is the world’s highest-valued edtech company with a valuation north of $10 Bn. In January, it raised $200 Mn from Tiger Global, General Atlantic and Bond Capital in what was the biggest funding round for any Indian edtech startup in the first half of 2020. Last month, the company topped its own mark by when it raised $500 Mn from US-based private equity investor Silver Lake in exchange for a 2.09% stake in the company.

Therefore, it is no surprise that BYJU’S is also the biggest acquirer in the Indian edtech space, as revealed in an Inc42 Plus report, “The Future Of Edtech In India: Decoding the $10 Bn Market Opportunity”. Since 2017, BYJU’S has been leveraging its acquisitions to build an edtech empire. 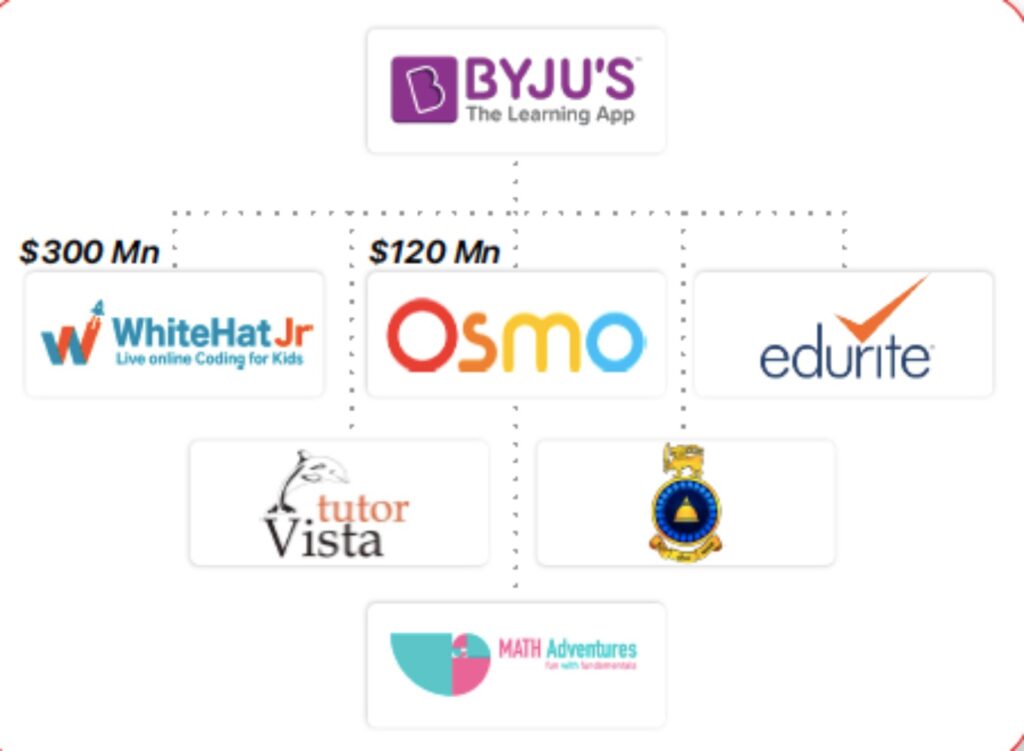 A closer look at the companies acquired by BYJU’S would reveal that the focus seems to be on assimilating younger startups with niche offerings. The most recent acquisition of WhiteHatJr saw BYJU’S focus on one of the most in-demand technical skills in our times — coding.

As for TutorVista, the platform gets around 70% of its users from the US, making it a viable acquisition for BYJU’S as it tries to further its global presence. Similarly, Math Adventures’ model involves a facilitator taking one class out of the allocated weekly math classes in schools and making students understand concepts they had learnt in the conventional classes, but by using activities.

Shedding light on his philosophy behind mergers and acquisitions, Raveendran has said that the focus for a deal is on whether the two companies have a complementary nature that could help scalability. “If a potential acquisition or merger fits into our strategy of building a product focused on the same age groups, brand vision, and demographics, then we will surely examine it. So, in the future, we will also look at companies that fit into our long-term vision of helping students get access to different learning formats of online learning,” Raveendran told Mint in August. 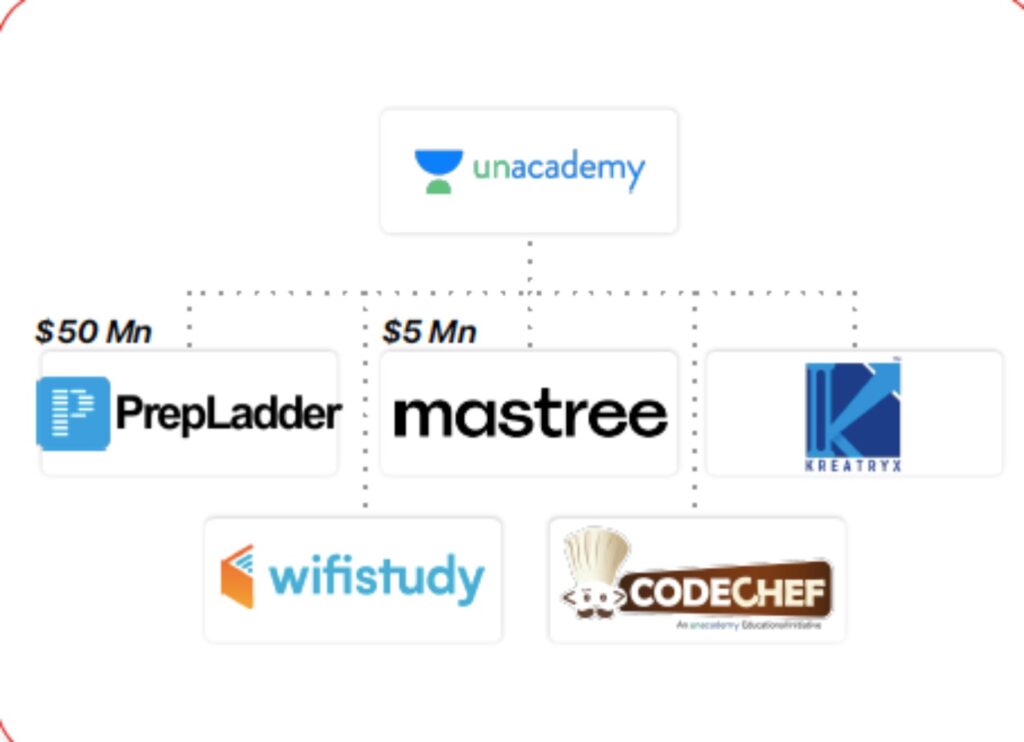 Earlier this year, Unacademy acquired edtech startup Kreatryx to strengthen its presence in the GATE and ESE segments in the test prep market, and Mumbai-based competitive programming platform CodeChef.

With the assimilation of a range of offerings in the edtech space, platforms like BYJU’S and Unacademy are seen to be moving closer to becoming ‘Super Apps’, those with a multitude of offerings that will give students a variety of choices and a complete learning experience.

So would the larger drive of consolidation in the edtech space by ‘Super Apps’ see the sector in India become a duopoly.

“We’ve seen this trend with a lot of digital companies in other sectors as well, whether it be ecommerce or food delivery. The strong ones become stronger because scalability isn’t an issue for them and the weak ones eventually die a slow death,” said Santosh N, managing partner D and P Advisory LLP and external advisor, Duff and Phelps, a financial consultancy firm.

“We saw a similar thing happen with ecommerce, where Amazon and Flipkart are now getting the smaller sellers and kirana stores on their platform. Similarly, the aunty who gives tuitions to kids from the neighbourhood could soon be roped in by BYJU’S. Coaching classes could be subsumed under the online learning space. It depends on the bigger players on how they exercise their power on whether an Indian edtech market with just two or three major players would be a good or a bad one,” he added.

With a market size of $2.8 Bn in 2020, the Indian edtech sector is expected to grow at a compound annual growth rate (CAGR) of 39% to reach a market size of $10.4 Bn by 2025, highlights the Inc42 Plus report. Some of the major factors driving the adoption for edtech apps in India will be convenience and cost-efficiency of the products and services, a surge in out-of-pocket expenditure on education and rise in course fees.