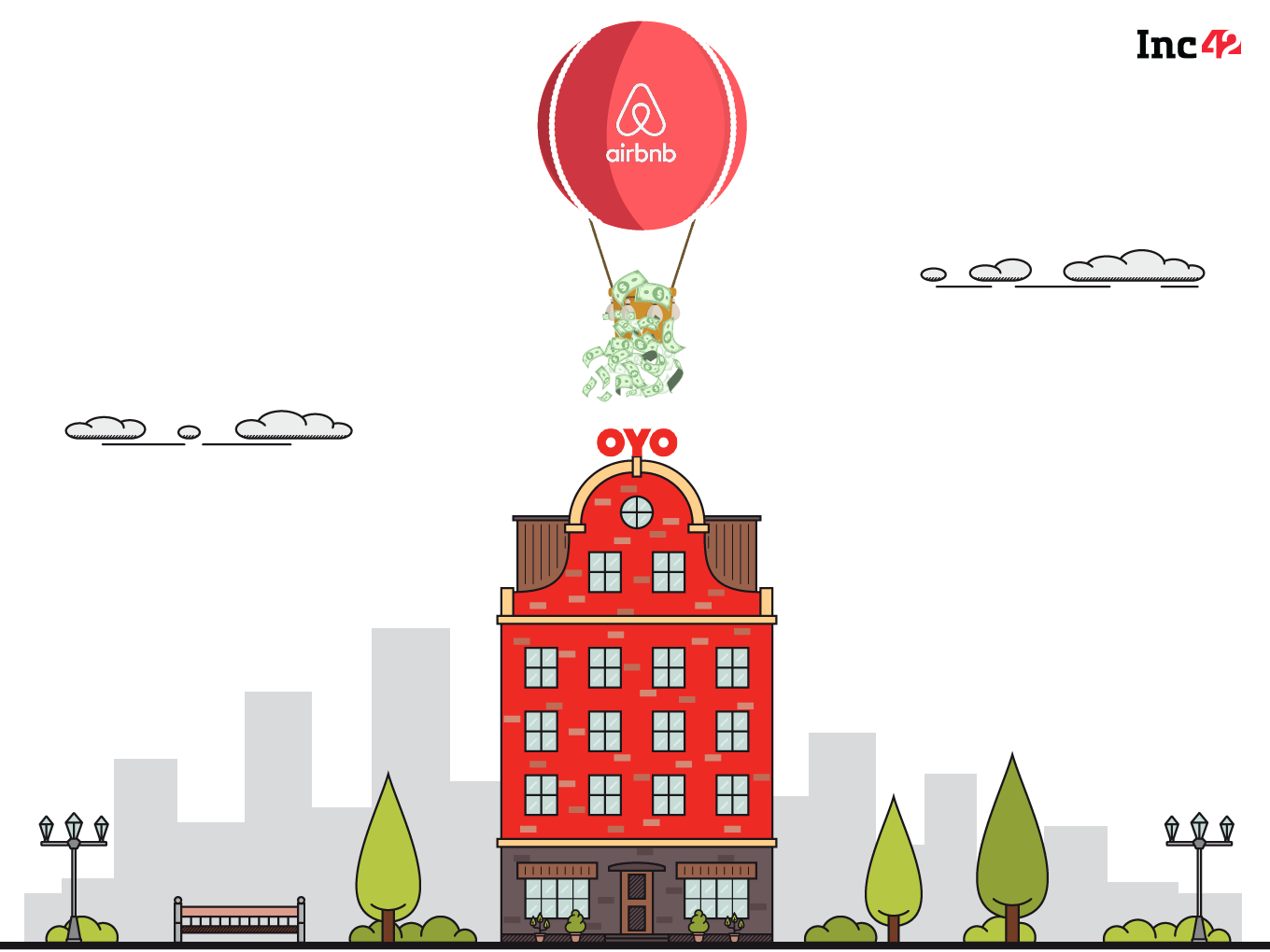 The funding is part of OYO’s Series E round

As part of the deal, OYO Homes will be listed on Airbnb platform

US-based multinational hospitality company Airbnb has confirmed its investment in OYO. According to Inc42 sources, Airbnb has invested nearly $200 Mn in OYO as part of the Series E round.

The two companies have also signed a strategic partnership and are looking to collaborate on multiple projects, one of them being Airbnb listing OYO’s properties on its platform. According to  Inc42 source, OYO Homes will be listed on Airbnb platform, which includes nearly 10K villas and apartments.

Confirming the funding, Maninder Gulati, global chief strategy officer at OYO Hotels and Homes said,  “Airbnb’s strong global footprints and access to local communities will open up new opportunities for OYO Hotels & Homes to strengthen and grow while staying true to our core value proposition. We’re excited by the possibilities and committed to bringing benefits to the millions of travelers who can now rely on Airbnb and OYO Hotels & Homes to find a home away from home.”

“Emerging markets like India and China are some of Airbnb’s fastest-growing, with our growth increasingly powered by tourism to and from these markets,” said Greg Greeley, president of homes, Airbnb told reuters.

Since its entry in India in 2016, Airbnb has amassed about 45K listings in India, with Goa as the company’s most popular market with 6,000 listings.The company’s business in India has doubled in terms of guests year-on-year, and so far 1.8 Mn Indians have used Airbnb since its launch.

It had recently introduced Airbnb ‘Plus Homes’ in India, featuring homes that have high ratings. Airbnb’s Plus Homes is currently available across 41 global cities. Last year in June, Airbnb within its Trips category launched ‘Experiences’ that offers travellers to explore unique destinations by offering handcrafted activities powered by locals.

For a long time, Airbnb’s main rival in India has been OYO Hotels and Homes, as it operates as a full-stack fulfilment-led model where it fully acquires hotels and homes on franchise or leases and renovates, while Airbnb focuses on homestay accommodations.

OYO has been raising funds continuously, with its last round worth a mammoth $1 Bn, and the company hasn’t yet closed its Series E round and therefore, is still intent on keeping the funds coming in.

OYO’s focus is now firmly on the long term, to expand and capture as much of the opportunity in existing markets, while also identifying new markets. With this partnership with Airbnb, OYO is now one step closer to changing the way the hotel industry works in the country