Blockchain This Week: How Blockchain Can Be Integrated Into India’s National Digital Health Mission & More

Blockchain This Week: How Blockchain Can Be Integrated Into India’s National Digital Health Mission & More

At the on-set of PM Modi’s National Digital Health Mission launch, industry experts suggest the use of blockchain technology 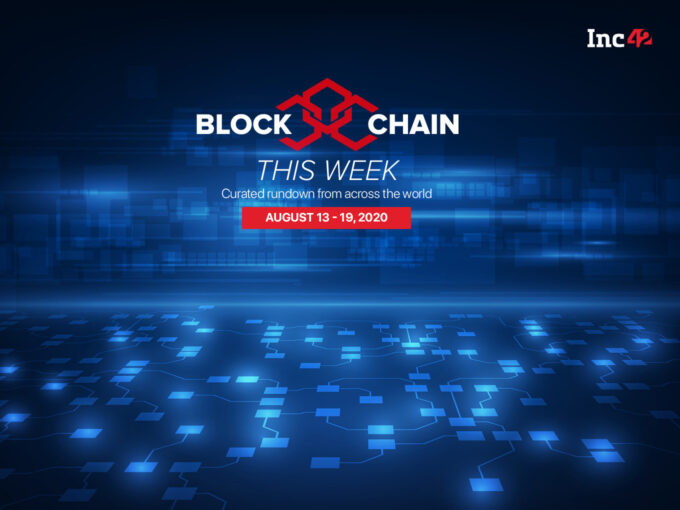 At the 74th Independence Day speech, Prime Minister Narendra Modi announced the launch of National Digital Health Mission, where the government plans to create a digital infrastructure for healthcare delivery, which will include personal health IDs and patient health records.

According to industry experts, this is said to facilitate telemedicine, e-pharmacy and collection consolidation and interoperability of health data, and most importantly, aid in the development of quality and predictive healthcare ecosystem. However, there is a huge concern around data privacy and safety around this ambitious project.

Infosys’ Kris Gopalakrishnan, told Hindustan Times that personal data, especially health data, is sensitive, and its privacy must be protected. Further, he said that we now have the technology to ensure that happens, and suggested the use of blockchain technology to guarantee that data created on the platform is encrypted and cannot be altered.

He further said that access to this data should stay with the individual and can be given to a trusted authority, including a physician, a pharmacy, diagnostic centre and research institution as per individual’s consent. “So, for example, if you approach a doctor for a second opinion, you could allow the doctor to see the complete diagnosis and previous care provided. A test lab needs to only get the samples without the patient identifying information,” he added.

According to a study conducted by IBM ‘Healthcare Rallies for Blockchain,’ 15% of surveyed healthcare executives had solid plans to implement a commercial blockchain solution in 2017, and while 55% expected to by 2025. Blockchain trade association of India, IBA, recently announced that it will be collaborating with MIE Group to organise virtual edition of the Africa Technology and Security Week which will be held from September 21 to 25, 2020. With this partnership, IBA will convene subject matter experts in the blockchain ecosystem to drive thought leadership sessions that will cover topics such as blockchain technology, use cases, smart contracts and the benefits and challenges of blockchain technology in the supply chain and logistics.

US Postal Service Files A Patent For Blockchain Voting Technology

The US postal service (USPS) recently filed a patent application to use blockchain technology to streamline and secure mail-in voting. The patent application, published by the US patent and trademark office last week, states that how the technology could be used to ‘track and secure’ the vote by mail system. This development comes amid Donald Trump, who had won the previous election over Facebook, Cambridge Analytica scam, is now criticising mail-in voting, as he believes that it is at risk of widespread voter fraud and potential foreign interference, and stated that it has been widely debunked.

Large corporates and business conglomerates, including Rolls Royce, ING Bank, AB InBev, and trading platform Multi.io, recently joined the Blockchain Education Alliance. The alliance which was launched earlier last year believes in uniting industry leaders around blockchain technology and research. Some of the other members include Mastercard, Binance X and Ripple’s Xpring among others. The platform is said to help members of the alliance to work jointly to provide students with the connections and required knowledge to enter the workforce with practical blockchain skills to contribute to the growing industry.