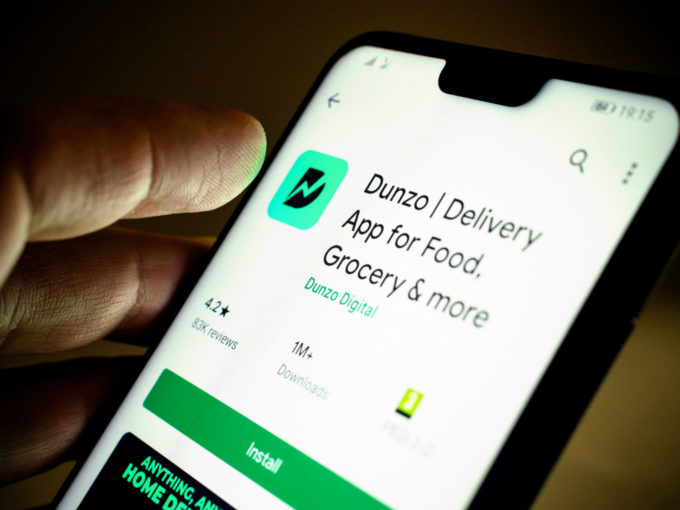 After Flipkart cofounder Binny Bansal resigned from his first brainchild in November 2018, his next venture was to support startups and guide them in growth. For the same, he launched xto10x Technologies earlier this year and now is guiding one of the hottest Indian startups, Dunzo.

According to the Ministry of Corporate Affairs filings accessed by Inc42, Dunzo in a board meeting on November 14 approved a master service agreement with xto10x technologies. The company has said that it “requires the services of advisory and consultancy in certain business related aspects”. And for this, it plans to “avail the management/business advisory and consultancy services” of xto10x technologies.

On reaching out, Dunzo declined to comment on the development. Inc42 also reached out to xto10x CEO Saikiran Krishnamurthy, but we did not receive any reply till the time of publication.

Bansal resigned from Flipkart in November 2018 rather abruptly after he was alleged with charges of “personal misconduct”. While he was cleared of the charge, parent company Walmart, which now owns more than 81% stake in the company said, “that the investigation revealed other lapses in judgement, particularly a lack of transparency, related to how Binny responded to the situation.”

To begin with, Bansal founded Xto10X Technologies in 2018, along with fellow former Flipkart executive Saikiran Krishnamurthy and former Flipkart and Cure.fit executive Neeraj Aggarwal. With this, Bansal and his team wanted to help startups all over the world transform product-market fit and initial business momentum into at-scale, world-class companies.

With a focus on scaling startups rather than starting one himself, Bansal had earlier said, “I would rather help 100 people do 100 things, but not a startup on my own. But that is the direction I will go forward in.”

Xto10X offers three services — a product suite across strategy and data science to execution; a learning platform with curated courseware, events and reference cases; and consulting and mentoring to help founders.

Bansal is not an investor in Dunzo yet, but with this mentorship, it is no longer impossible.

Ankur Aggarwal, Dalvir Suri, Mukund Jha, and Kabeer Biswas founded Dunzo in 2015. It lets users order food, groceries and other household items from nearby stores, which is then delivered by a rider.

The company has been raising funds continuously and is backed by investors such as Google, Blume Ventures, Deep Kalra and others and last raised $45 Mn in Series D funding round. The company said that it has seen 40X growth in the last 18 months after clocking in over 2Mn deliveries every month.

According to company filings, on December 16, it approved allotment of Series D1 preference shares to Alteria Capital. It is approving allotment of 807 Series D shares at a nominal value of INR 10 with a premium of INR 59518.9 per share worth INR 4.8 Cr.

However, the company has declined to comment on this development too.

Dunzo had earlier claimed that it sees 80% repeat user rate and a transaction frequency of five orders per month per user. However, these figures seem hard to digest in the light of thinning revenue and the heavy expenses across the various parts of the business.

The company has explained that the company’s income is the commission from runners, which is zero for FY19, as against INR 1.54 Lakh in FY18. Not only is it making very little money from its operations, but its expenses also went up to INR 172.45 Cr with most of it being for “other expenses”. Dunzo spent INR 42.34 Cr spent on employee benefits and INR 62.29 Cr as the cost of operations.