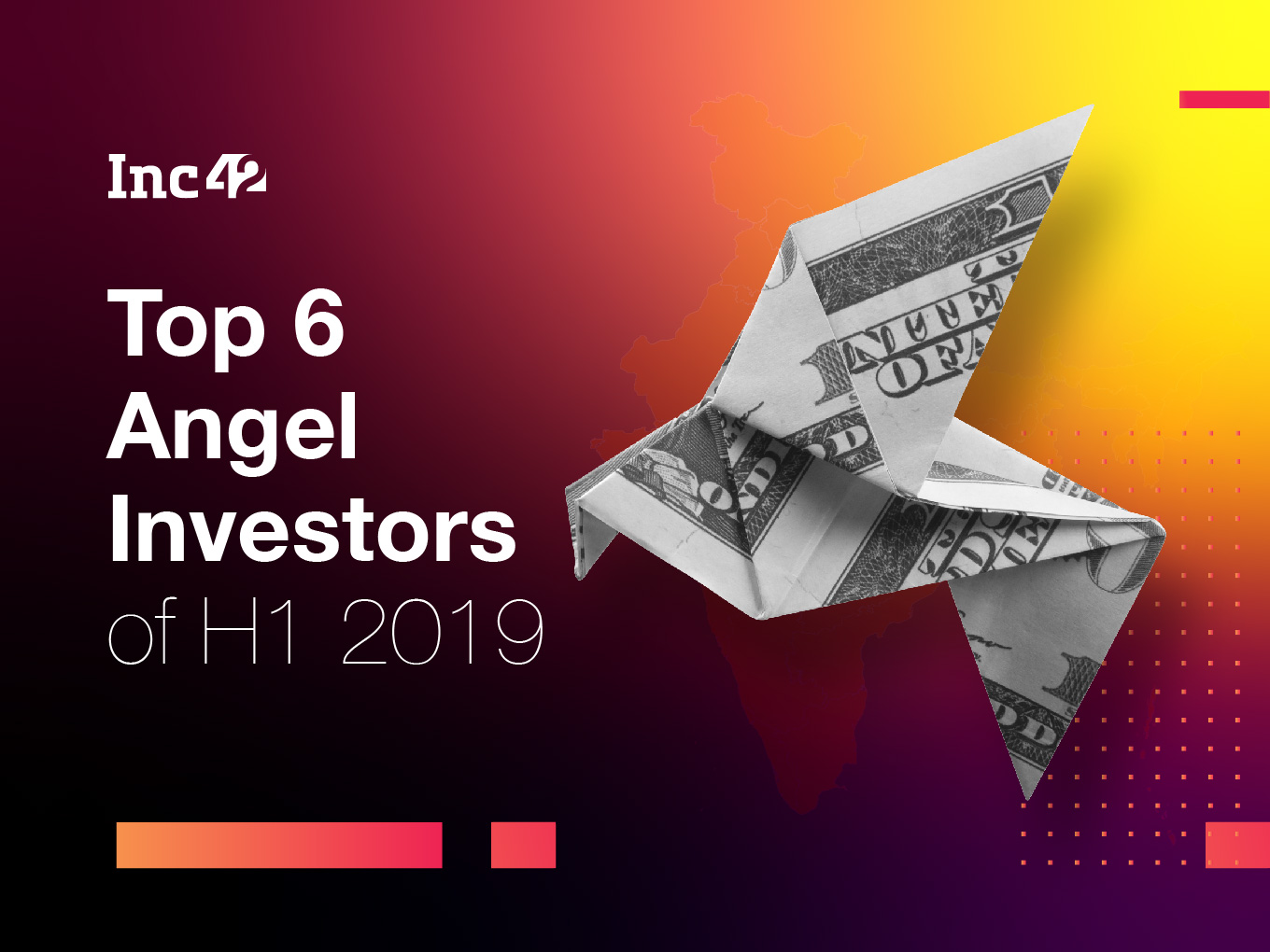 With eight deals, Sanjay Mehta took the top position among angels in India

This article on the top angel investors in India is an extract of Inc42’s recently released annual Indian Tech Startup Funding Report H1 2019, which provides a detailed analysis of the funding trends, VC funds analysis, and mergers and acquisitions (M&As) in the Indian startup ecosystem for the period 2014-H1 2019. To read more articles on this report, click here.

The angel investment landscape in India has significantly changed over the last decade. Global platforms such as AngelList are now extremely active in the Indian market, and the quality of deals has improved tremendously, along with the ease of investment for both startups and angels. This has the potential to disrupt the conventional angel network.

With the abolition of angel tax and SEBI having classified angel funds separately, it is now possible for individuals to invest in units of angel funds. This opens up a significant opportunity for platforms and fund managers who want to manage angel funds and make the process easy for both investors and startups.

Taking a look at the other side, Hari Balasubramanian, member of Indian Angel Network, told Inc42 recently that with several platforms, incubators, accelerators and VC funds getting active at early rounds, there is a growing competition for quality deals for angel investments. “The challenge for startups is no longer angel funding, but to look at a clear road map for the next rounds of funding where there is a serious dearth of quality deals,” he added.

However, overall the times are exciting. Although cautious, the angel investors are definitely looking to beat the odds this year. According to Datalabs by Inc42’s recently released Indian Tech Startup Funding Report H1 2019, 227 angel investors participated between the period of January – June this year. On a positive note, this is a slight hike from 218 angel investors who participated in Indian startup funding in H1 2018.

Taking this as a ray of hope, Inc42 took a look at the investors who gained the top spots in H12019. With eight deals, Sanjay Mehta took the top position. He was followed by VC Karthic, Siddharth Ladsariya, Sharan Aggarwal and Sachin Tagra – each adding seven deals.

Interestingly, Binny Bansal dropped down to the third spot with 6 deals in H1 2019 from the top, although this can be seen as an improvement considering he only did 6 deals in 2018 altogether.

Further, Sachin Bansal, Gagan Gupta and Dishit Shah– all made it to the list of top 10 angel investors with 5 deals each.

Most Active Angel Investors Of H1 2019

“I’m not addicted to funding startups. I’m addicted to working closely with entrepreneurs.”

This statement mentioned by Mehta in his LinkedIn profile clearly defines him as an angel investor. He has angel invested in 103 startup companies in diverse sectors. He is an active member of Indian Angel Network, Mumbai Angels, B2B 1K Ventures & CIO Angel Network, Venture Nursery.

A serial entrepreneur, VC Karthic has so far launched six ventures — two folded, two sold, while two others are on hold. Currently, the founder of Buzzworks, a contracted payroll & contact centre technology services platform, he is looking to solve hard problems at scale using technology.

As Karthic has said earlier, “Along with innovative technology and good market opportunity, the quality, commitment and integrity of the founders and the team was among the factors that struck a chord with all the investors.”

Siddharth Ladsariya started angel investing in the year 2008. Today, he has a portfolio of over 100+ startups in India, Singapore and the USA. He believes that startups should concentrate on team-building, continuous fundraising and aim to become self-sufficient through growth and sales.

He is also a founding member of YVO -Young Volunteer’s Organization (www.yvorg.in). YVO’s objective is to make a difference by collecting a significant corpus of small donations on a monthly basis in a time-efficient and effortless manner  So far, YVO.org has donated over INR 1 Cr to over 43+ organisations and sustainable causes.

Sharan is a Cass alumni and has been associated with Lead Angels and Mumbai Angels Network. His investments are known to be sector-agnostic and recent deals involve SaaS, fintech, healthtech, and F&B among others. He is also the CEO and cofounder of Delta3D, which aims to manufacture clip-on 3D glasses for cinemas, targeting people who wear numbered glasses and go to watch 3D films.

Sachin Tagra is an investment professional with almost 19 years of experience. He is currently leading Capital18, media & venture investing division of Network18/TV18 group. His investments have shown an affinity for data-driven approach and analytics to understand and drive consumer behaviour.

After Binny Bansal exited from Flipkart under controversial circumstances in 2018, he has taken to angel investing with a passion. Bansal continued his entrepreneurial journey along with former McKinsey consultant Saikiran Krishnamurthy to launch his new venture — XTo10X.

As a parting gift from Flipkart, he is supposed to get $100 Mn as part of an early exit deal with US-based retail giant Walmart. In June this year, he reportedly sold more of his Flipkart stake to Walmart for almost $76.4 Mn. Seems like we can expect Bansal to invest more in 2019.

One of the major reasons for this fall was a sudden boom of “me-too” startups as well as the entry of a large number of tourist angels, who considered startups mainly as an asset class, looking to make some quick returns. However, if we compare India to the US, the angel investor ecosystem still has a long way to go to achieve maturity. One of the main reasons is the much longer exit cycle for angels. While in the US, angel investors can exit from a startup within 2-5 years, it takes a minimum of 7-8 years in India.

But as they say, time heals all wounds. The investors who were able to remain rooted through this storm are the ones leading the new-age early-stage startups towards their future. And the situation can be said to have reversed a bit as well from the decline of 2018.

As Stanford Angels’ founder Paula Mariwala told Inc42 in an earlier conversation, angel investors have become more mature and recognise that early-stage investing is a high-risk proposition with limited liquidity.

“With many successful entrepreneurs becoming angel investors, we see a maturing of angel investing with a more collaborative approach rather than the expectation of a quick return. Many of the investors who were in this to make a quick buck have vanished and now have angels who understand the time investment and risk-return profile of angel investing. This bodes well for the ecosystem,” Mariwala added.

Disclaimer: The data quoted has been sourced from articles, blogs and websites. Inc42 has considered deals that have been publically reported.