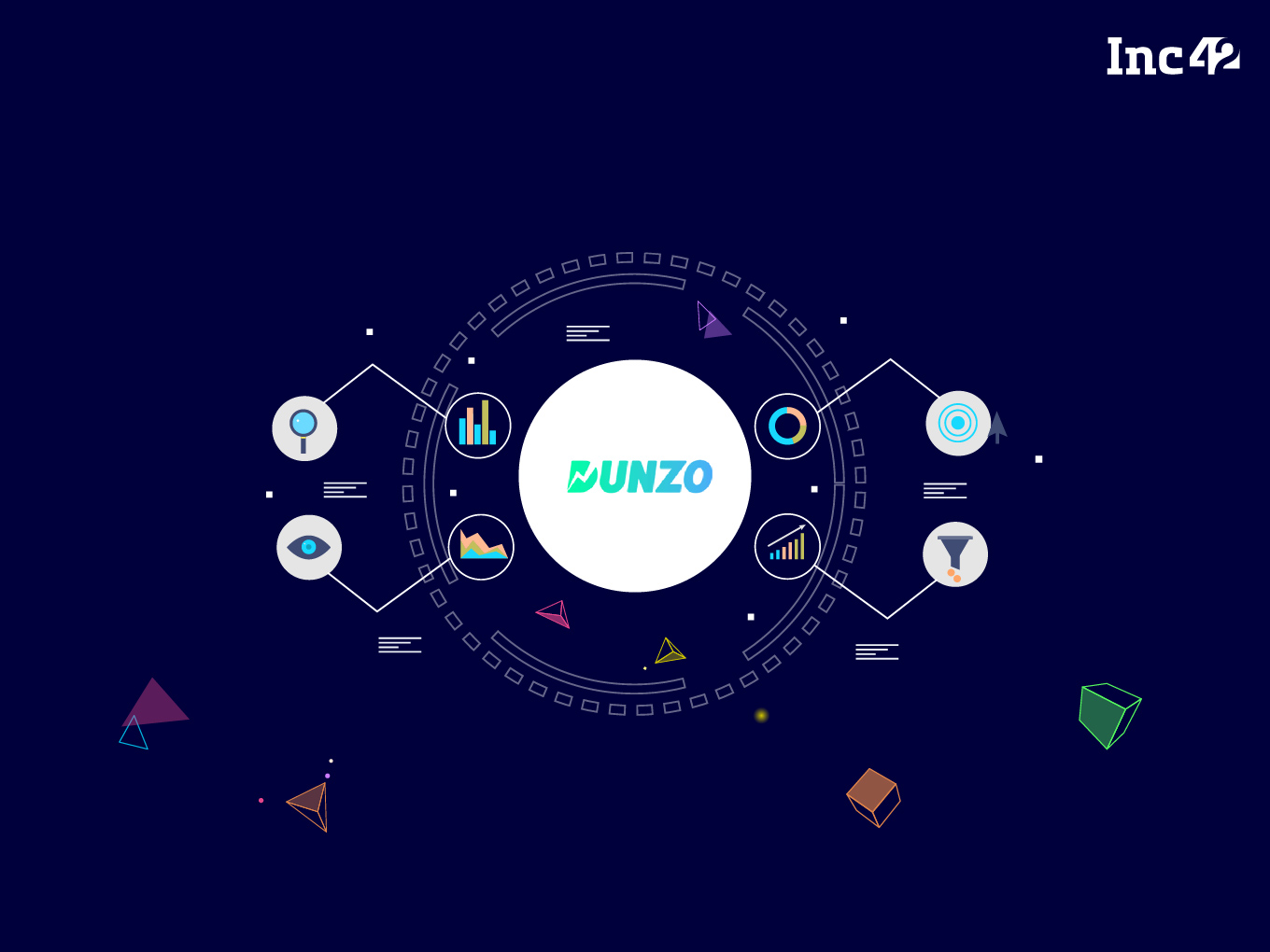 Will Dunzo be able to pull in investors with these numbers for its expansion plans?

Bengaluru-based hyperlocal services startup Dunzo has become a social media star with its witty and relatable campaigns, which has certainly won it a lot of fans. Coupled with multiple funding rounds to acquire new users, it didn’t come as a surprise when it claimed to be doing over 2Mn deliveries every month. But that growth has come at such a great cost that even Dunzo’s funding spree may not be enough for long.

The company filings show that its expenses for business promotions and marketing only went up a staggering 62X in the financial year ending March 2019. At the same time, Dunzo’s losses and overall expenses have grown 7x each.

Dunzo: Can It Deliver Revenue?

Ankur Aggarwal, Dalvir Suri, Mukund Jha, and Kabeer Biswas founded Dunzo in 2015. It lets users order food, groceries and other household items from stores nearby or get tasks done such as delivering parcels or picking up documents etc through riders or delivery partners.

The company has been raising funds continuously and is backed by investors such as Google, Blume Ventures, Deep Kalra and others It last raised $45 Mn in Series D funding round. The company said that it has seen 40X growth in the last 18 months clocking in over 2Mn deliveries every month.

Dunzo had earlier claimed that it sees 80% repeat user rate and a transaction frequency of five orders per month per user. However, these figures seem hard to digest in the light of thinning revenue and the heavy expenses across the various parts of the business.

Its operating revenue consists of commission from merchant sales as well as income from brand campaigns. The company has explained that the company’s income is the commission from runners, which is zero for FY19, as against INR 1.54 Lakh in FY18.

Essentially, Dunzo is passing on the entire revenue from users to its runners as commissions and is relying on commissions from merchant partners to make most of its revenue.

This does not seem very sustainable since the revenue then is highly dependent on order size and frequency, rather than volume.

However, the company’s other income, which makes most of its revenue, is from profit on the sale of mutual funds. So essentially, Dunzo is earning an irrelevant amount from its operations.

Splurging On Marketing And Runners

In media statements earlier, Dunzo said that commerce business is about 50% of its total volumes now and could be bigger next year. To cut down on losses, the company claimed to have brought down per delivery losses from INR 142 to INR 30.

Even with that drop in loss per delivery, the situation looks utterly grim for Dunzo. Not only is it making very little money from its operations, but its expenses also went up to INR 172.45 Cr with most of it being for “other expenses”. Dunzo spent INR 42.34 Cr spent on employee benefits and INR 62.29 Cr as cost of operations, which is perhaps the most interesting detail.

Cost of operations includes runner contract fees and incentives, other runner-related expenses and this has grown 15x on Y-o-Y basis. This is in stark contrast to zero income as commission from runners.

Diving in further, it is notable that business promotion and marketing expenses constitute 15% of the total expenses of the company. This is INR 26.49 Cr as against INR 4.18 Cr in FY18.

Dunzo paid more than half of what it earned from operations (INR 3.5 Cr) for order cancellations, refunds and others. That is INR 1.91 Cr, while it was null last year. Another major expense was communications and support service which cost the company INR 6.22 Cr in FY19, a 6.7X increase Y-o-Y.

Dunzo had earlier said that it aimed to be profitable on a micro-level by September 2019 quarter. At the same time, Dunzo CEO Biswas recently said that the company wants to enter limited markets and wants to cover those markets extensively.

The company might even plan an international expansion in the next two years, it had said.

But with no real revenue to speak of and a huge pile of expenses, the only route for Dunzo to venture abroad is to pursue investors for new funding. Based on what it has reported for 2018-19, it does not look like the most attractive investment at the moment. And that’s a hole it cannot get out of simply with great social media.

The earlier version of the infogram on major expenses of Dunzo in FY19 incorrectly mentioned expenses in Lakh and this has been changed to Crore to show the correct figures.