Bigbasket Gets Govt. Nod For FDI In Food Retail; Alliance With Alibaba-Paytm Mall On Cards?

Bigbasket Gets Govt. Nod For FDI In Food Retail; Alliance With Alibaba-Paytm Mall On Cards? 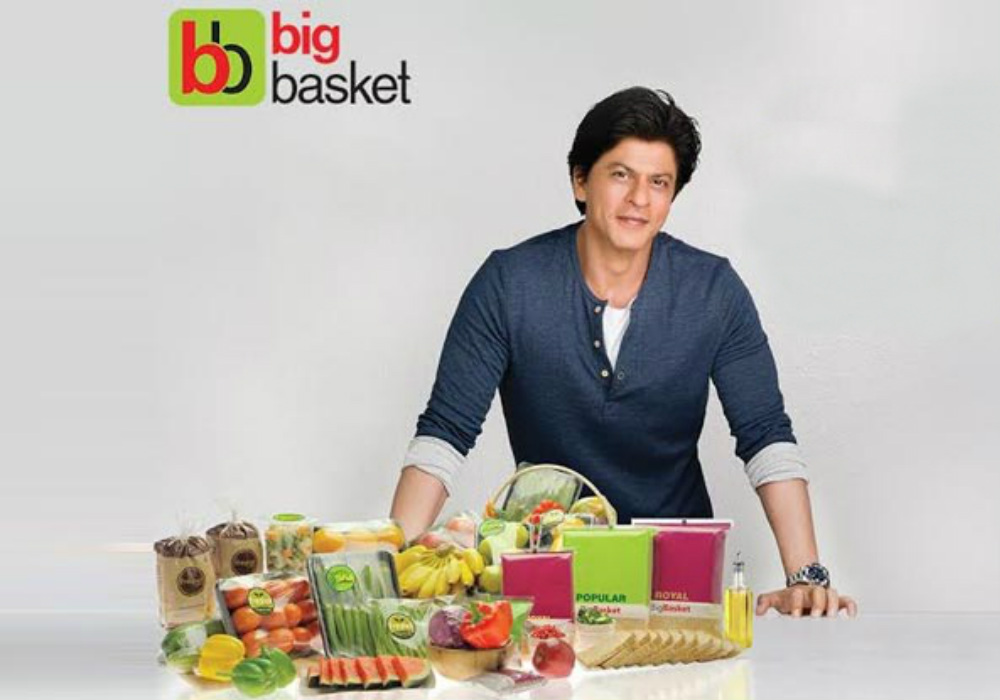 Bengaluru-based online grocer Bigbasket has received a nod from the government on its investment proposal for FDI in food retail.

Hari Menon co-founder and CEO of Bigbasket confirmed the development to Financial Express. He said that the company has received government approval for FDI proposal to undertake retailing of food products, which are manufactured or produced in India.

The company had applied for the approval in September 2016. It had proposed an investment of about $16.5 Mn.

An email sent to Bigbasket awaited a response at the time of publication of this article.

Bigbasket was started by Fabmall founders VS Sudhakar, Hari Menon, VS Ramesh, Vipul Parekh, and Abhinay Choudhari in 2011. The company has to date raised about $305.8 Mn spread across six rounds. Most recently, in March 2017, Bigbasket raised about $6.9 Mn (INR 45 Cr) venture debt from Trifecta Capital.

It claims to be servicing over 5 Mn registered customers and offers over 20,000 products from over 1000 brands. It is present in 30 cities including Bengaluru, Hyderabad, Mumbai, Pune, Chennai, & Delhi-NCR.

Bigbasket is touted to be the biggest online grocery player in the country. The platform claims to currently receive over 50,000 orders each day. Also, as per an official statement, the average monthly customer spend has grown from INR 500–INR 800 in December 2011 to INR 2,000+ in May 2017.

FDI For Bigbasket – Will Alibaba Lead The Way Through Paytm Mall?

In July 2017, it was reported that Paytm Mall was in talks with online grocery startup Bigbasket to invest $200 Mn for a substantial stake. Later Chinese ecommerce joint Alibaba was also said to have joined the talks.

Paytm Mall is owned by Paytm Ecommerce Pvt. Ltd. The ecommerce and payment platform launched its consumer shopping app Paytm Mall in February 2017. It is inspired by the model of China’s largest business-to-consumer (B2C) retail platform, TMall. In March 2017, Alibaba had invested $200 Mn in Paytm Mall.

At that time it was reported that Paytm had also started due diligence of Bigbasket accounts and operations. An unnamed source said, “(Even) before the due diligence, Paytm (Mall) has offered $200 Mn to own a majority stake in Bigbasket. The final agreement will be made only after the due diligence process gets over.”

Post the talks of prospective merger, Paytm Mall revamped its seller onboarding process. To this end, the ecommerce platform has delisted over 85K online sellers.

In an interview with ET in July, Paytm founder Vijay Shekhar Sharma said that the company was gearing up to invest in an egrocer. This statement was in alignment with the company’s online-to-offline strategy. Alibaba, along with its payments affiliate Alipay, owns more than a 50% stake in Paytm Mall. It has been doubling down on grocery and physical retail investments globally.

With the recent government approval, Bigbasket may also have to spin off a separate entity to entail the proposed FDI in food retail. This leads way for Alibaba to invest in the fast growing grocery segment.

In June 2016, the Indian Government permitted 100% FDI in food retail, including retail through ecommerce. The move was made in a bid to strengthen the sector, provided these items are produced, processed, or manufactured in the country.

In July 2017, Amazon also received the final approval from the government for its proposed $500 Mn investment in food retail in India. Later in the same month Grofers also received a nod from DIPP on its FDI proposal for food retail.

While Amazon has the highest investment proposal of about $500 Mn, Grofers confirmed committing about $40 Mn for its FDI in food retail.

The approval for Amazon states that it will open a wholly-owned subsidiary in India to carry out the business.

With the recent nod on its FDI proposal, Bigbasket will soon battle against Amazon and Grofers to capture a major share of food retail. How far will the startup go in this race and will it be backed by the Chinese giant Alibaba, and Paytm Mall remains to be seen?