Most financial institutes expected to adopt blockchain tech by 2020, a PwC report said

The blockchain startup of the week is Signzy 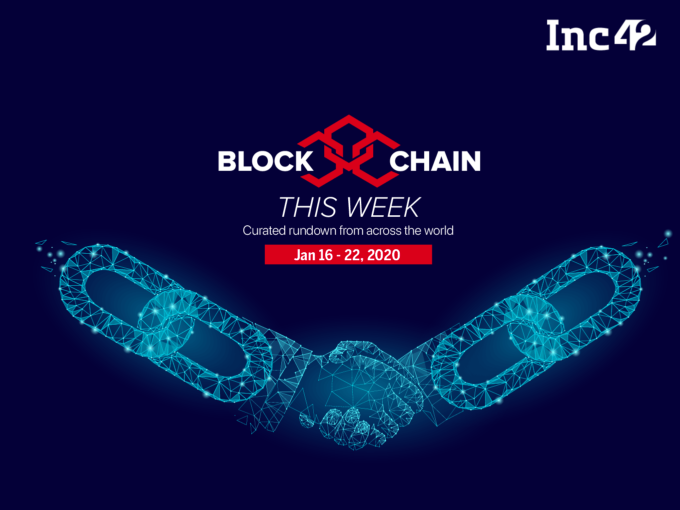 According to a PwC report, 77% of financial institutes are expected to adopt blockchain technology as part of an in-house production process by 2020. Blockchain in finance will see a massive disruption as financial services for security and management of identities begin to shape the future of blockchain. Also, payment companies will start to invest heavily in blockchain technology, with 90% plans to adopt it as part of an internal system by 2020.

Blockchain in financial services is witnessing a massive transformation in terms of improving the overall efficiency of the business across the globe. However, when it comes to India, the technology is still in its nascent stage.

Once India overcomes its initial hurdles, the door for opportunities is endless.

Today, the company works with over 70 plus clients including private and public sector banks as well as NBFCs. Its products offer solutions based on the finding through cognitive check on documents and pattern finding on transactional data.

Over the years, the company has won several awards and accolades from the Indian banking regulators, including Reserve Bank of India, IBM, Thomson Reuters, HDFC Life, Forbes, Monetary Authority of Singapore. Signzy has raised $4 Mn in funding till date.

The graph shows the increasing trend of blockchain adoption in financial services, followed by a minuscule rise in tech, media and telecom segments, healthcare, consumer products among other segments.

Here are the biggest blockchain-related headlines from across the world:

Most importantly, the CoE is said to help government departments to develop a proof of concept products by leveraging blockchain technology. Through this, government service is expected to bring in transparency in sectors such as healthcare, banking, agriculture, logistics among others. In addition to this, the National Informatics Centre (NIC), a government’s technology wing has collaborated with CoE to boost the infrastructural services to the blockchain network.

At the event, Prasad said that around 16K courts have been digitised as e-courts in India offering direct benefit transfer scheme and e-scholarship. He further said that the NIC should come up with ideas to implement blockchain to improve education quality in India.

Apart from Bengaluru, the government will soon be launching a CoE platform in Gurugram. It is expected to start operations by March 2020.

South Korea’s ministry of science and technology has planned to invest 450 Bn Won (close to $382 Mn) for blockchain research and development. The South Korean government plans to invest the amount over a period of six years from 2021 to 2026. The decision comes after the government said it would create the foundations for a data economy.

South Korea said that blockchain has the potential to create a trust base for data sharing. In the coming days, the country will be looking into smart contract reliability, interoperability among blockchains, scalability and consensus algorithms. In the past, the government had announced several blockchain initiatives. Its internet security wing (KISA) had also come to support blockchain-related projects in 2020 with 10.5 Bn Won ($9 mn) in funding.

With this, the organisation aims to become a transparent global database to track emissions, identify problem areas and coordinate solutions. According to WEF 2018 study, it identified 68 different ways DLT could address issues surrounding supply-chain sustainability and resource management.

The popular beverage brand Budweiser’s parent company AB InBev is helping African farmers to prove their income using blockchain. It has collaborated with BanQu which tracks all the local vendors and suppliers of AB InBev.

Since the banking infrastructure in Africa remains underdeveloped, the company adopted a distributed ledger system that tracks all the local farmers that supply barley and malt to the company. This, in a way, it helps farmers prove their income to local banks, and thus open bank accounts and lines of credit.

Emurgo To Help Uzbekistan In Its Blockchain Journey

Tokyo-based Emurgo has recently collaborated with the government of Uzbekistan to form a blockchain task force that will help them develop regulations for security token offerings (STOs) and exchanges (STXs). Through this collaboration, the duo will be providing advisory services regarding infrastructure for digital asset banking, blockchain education units and others.

Emurgo leverages Cardano’s third-generation blockchain that will help the financial sector more transparent and secure among others.