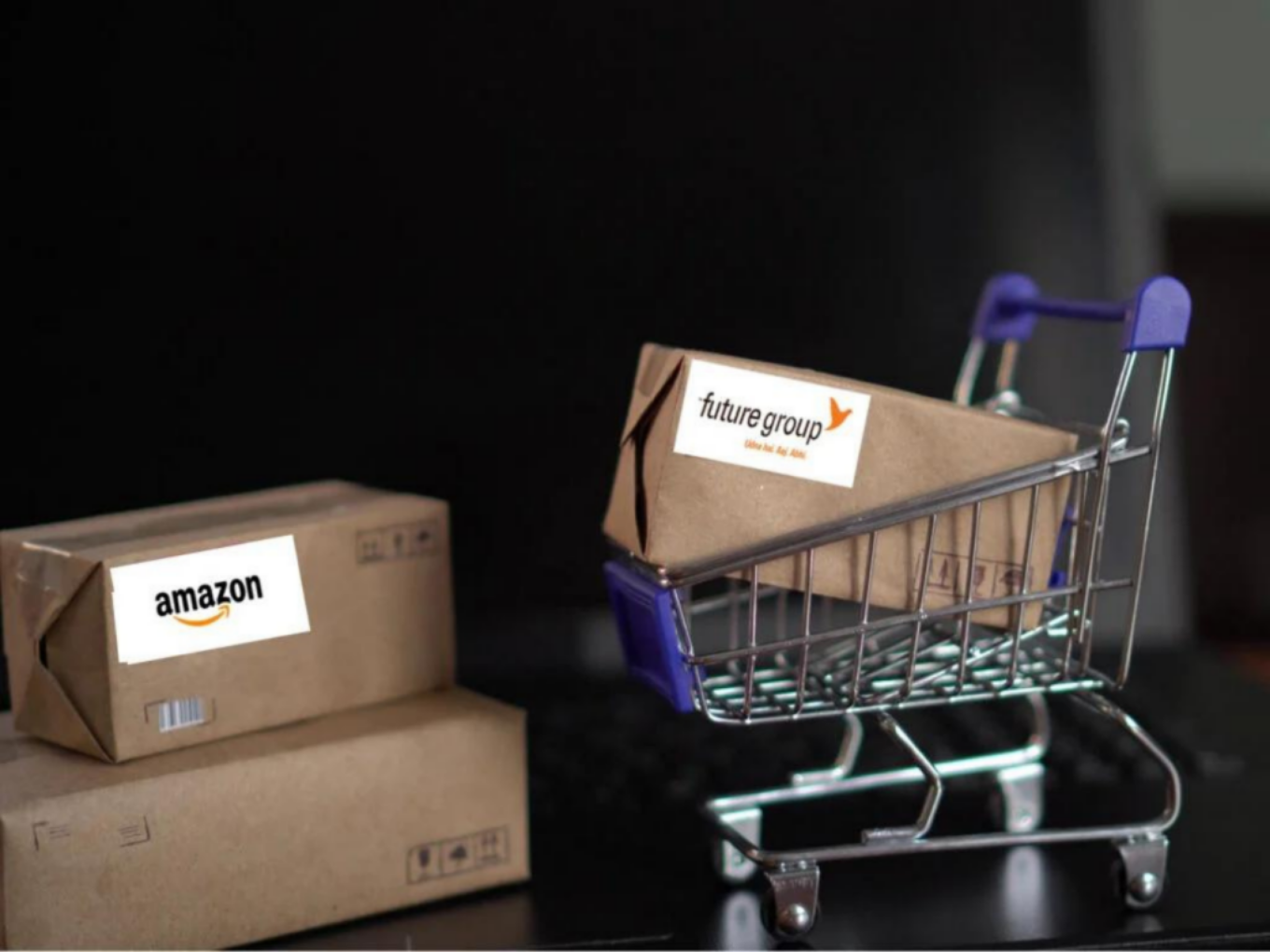 Future Retail missed the due date for repayment of INR 5,322.32 Cr earlier in April to lenders on account of the ongoing litigations with Amazon

Last month, BoI, the lead banker of the consortium of lenders of Future Retail, had claimed its charge over the assets of the firm through a public notice in newspapers

Future Group companies would conduct meetings of their respective shareholders and creditors between April 20-23, 2022 to seek their approval for the INR 24,713 Cr deal

Future Retail Ltd (FRL) has missed the due date for repayment of INR 5,322.32 Cr to lenders on account of the ongoing litigations with ecommerce giant Amazon and other related issues, it said earlier in April. It had missed an earlier deadline on December 31, 2021 for payment of INR 3,494.56 Cr to the banks.

“Bank of India (BoI) has served an advance intimation of filing an application under Section 7 of the Insolvency and Bankruptcy Code, 2016 against the company for default on non-payment of monies due in terms of the Framework Agreement entered into between the company and BoI,” Future Retail said in a regulatory filing.

Future Retail has received a copy of the petition and is in the “process of taking legal advice”, it said.

In March 2022, BoI, the lead banker of the consortium of lenders of Future Retail, had claimed its charge over the assets of the firm, through a public notice in newspapers.

The bank had also warned the public against dealing with assets of the Kishore Biyani-led Future group firm.

Recent War Of Words Between Amazon And Future Group

Both Amazon and Future Retail continue throwing mud on each other over a deal for the sale of Future’s assets to billionaire Mukesh Ambani’s Reliance Retail on a slump sale basis for INR 24,713 Cr. It was announced in August 2020.

After the announcement, Amazon objected to the deal claiming that Future Group violated the terms and conditions of the ecommerce company’s stake acquisition in Future Coupons.

However, the battle continues, with FRL alleging that Amazon has successfully destroyed an INR 26,000 Cr company. FRL informed the Supreme Court on April 1 that it is barely ‘hanging by a thread’. Its bank accounts are frozen and it is even unable to pay rent.

This comes after an out-of-court settlement talk for the dispute between Amazon and Future Retail failed last month and Reliance took over hundreds of Future Retail stores on unpaid rents mounting up to thousands of crores.

On the other hand, Amazon has accused FRL of placing false statements before various courts in a petition filed before the Supreme Court. Even after the Singapore International Arbitration Centre (SIAC) barred FRL from proceeding with its Reliance deal, it made sub-lease arrangements with the multinational conglomerate to operate at least 835 retail stores under Big Bazaar, the ecommerce giant alleged in its petition.

The ecommerce giant plastered ads in major Indian newspapers on March 15 accusing both Future Retail and Reliance of committing fraud.

Amazon accused FRL and Reliance Industries of indulging in fraudulent practices, saying the Indian firms did not comply with court orders. The ads further alleged that the companies attempted to ‘remove the substratum of the dispute’.

In an ad titled ‘Public Notice’, Amazon claimed that Future Retail and its partners had ‘consistently acted in violation of the order passed by the emergency arbitrator and reaffirmed by the Arbitral Tribunal’.

The Kishore Biyani-led company is currently marred with a debt of more than INR 10,000 Cr including short-term and long-term loans.

After reports emerged of RIL’s takeover back in February, Amazon had proposed one-on-one talks with Future Group to resolve the standoff. The talks collapsed on March 15, with the ecommerce giant launching an open attack against the Indian companies.

FRL To Conduct Meetings With Shareholders Over Reliance Deal

Future Group companies would conduct meetings of their respective shareholders and creditors between April 20-23, 2022 to seek their approval for the INR 24,713 Cr deal.

However, the deal is contested by Amazon and is under litigation at various forums, including the Supreme Court, Delhi High Court and Singapore International Arbitration Center.

Amazon has already warned FRL against holding meetings of its shareholders and creditors to approve the sale of its retail assets to Reliance.

In a 16-page letter to Kishore Biyani and other promoters on April 12, Amazon said such meetings are illegal and would not only breach 2019 agreements when Amazon made investments into FRL’s promoter firm but also violate a Singapore arbitral tribunal’s injunction on the sale of assets to Reliance.