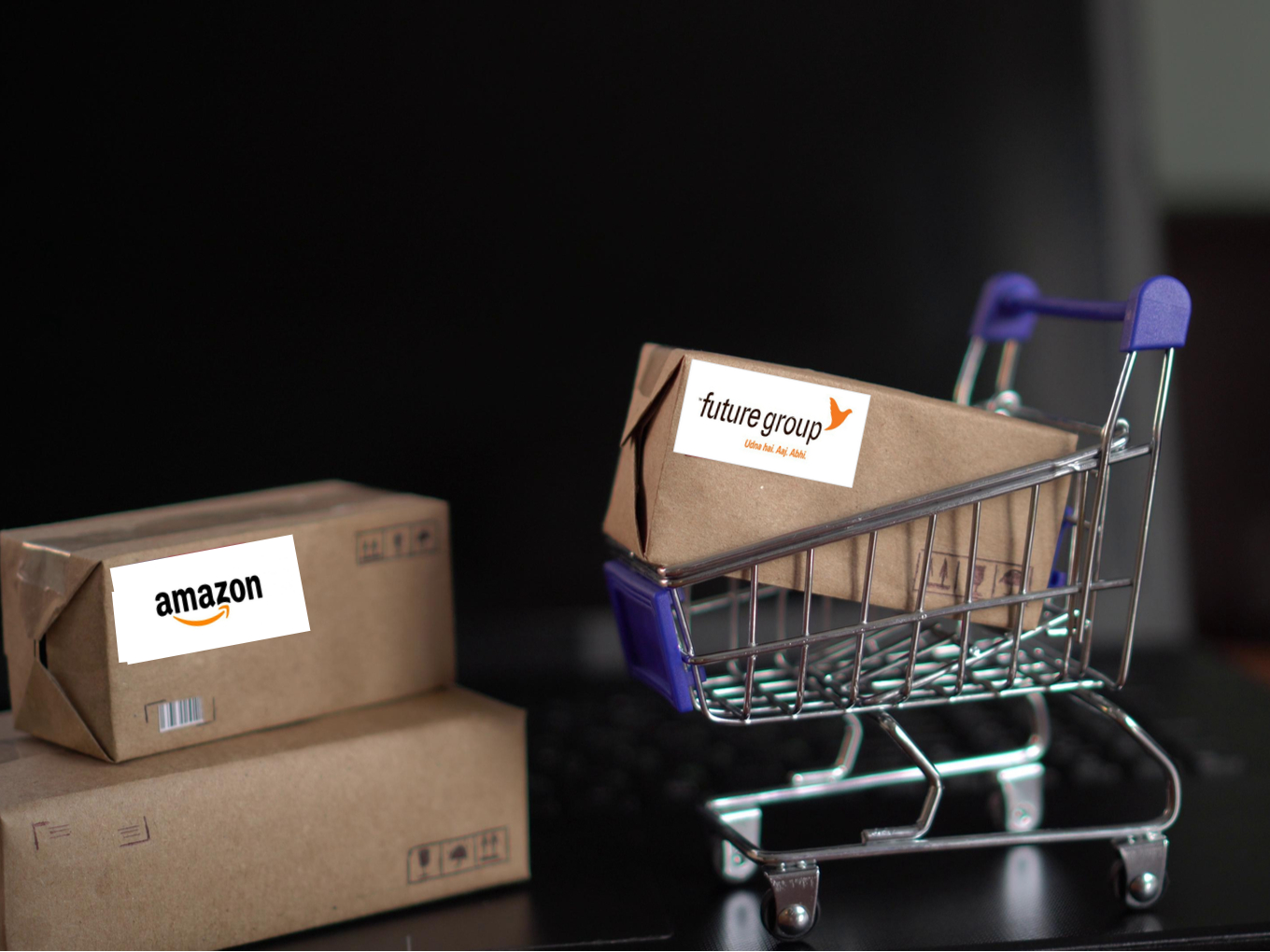 “Amazon wanted to destroy us, they have destroyed us,” Harish Salve appearing for Future retail submitted before the court

The case is scheduled for the next hearing on April 4

While the battle of power and ownership between Amazon and Reliance Industries Limited (RIL) is still ongoing over the Future Retail (FRL) deal, the latter has informed the Supreme Court on April 1 that it is barely ‘hanging by a thread’.

Future Retail told the court that for INR 1,400 Cr, which is the worth of the Amazon-Future disputed deal, the U.S.-based ecommerce giant has successfully destroyed an INR 26,000 Cr company.

“Our bank accounts are frozen and I can’t even pay rent. Due to the second wave of Covid infection and other associated issues, the retail sector has taken a solid knock. Amazon wanted to destroy us, they have destroyed us,” senior advocate Harish Salve appearing for Future retail submitted before the court.

“If reliance doesn’t extend our scheme after three months then what will we do? We are on oxygen now. We have only 374 stores and over 800 have shut down due to non-payment of rent,” he further read.

This comes after an out-of-court settlement talk for the dispute between Amazon and Future Retail failed last month and Reliance took over hundreds of Future Retail stores on unpaid rents mounting up to thousands of crores.

On the other hand, senior advocate Gopal Subramanium appearing for Amazon said, “As far as the resumption of arbitration is considered, we both want that. There is a sudden handover of assets which should not be done. The assets have to remain in FRL. We pray for restraining from any alienation of assets and should remain with FRL should not be magically switched to any party.”

Subramanium also said, “The record shows us that in their annual accounts for 2021, in all their annual returns they say they have enough to pay their rentals. There is not a piece of slightly compelling evidence that they are not doing well. I would request this in the interest of justice.”

Senior advocate Mukul Rohatgi arguing for Future Coupon said, “Landlords are bound to take action if rent has not been paid.”

However, arguing that, senior advocate Aspi Chinoy appearing for Amazon, said, “Future Retail’s lapsed leases were now in favour of Reliance and it was incomprehensible that over 800 stores could be let go without any effort on their part to save them.”

The case is scheduled for the next hearing on April 4.

The Dispute Over Future Retail

When the talks between Amazon and Future failed last month, the U.S. ecommerce giant plastered ads in major Indian newspapers accusing both Future Retail and Reliance of committing fraud, reported Inc42. The ads also alleged that the companies had attempted to “remove the substratum of the dispute.”

As much discussed over, at the centre of the dispute is the INR 24,713 Cr sale of Future Group’s retail assets to Reliance that was announced in August of 2020.

Amazon has claimed that due to its indirect stake in Future Retail (via its 49% shareholding in sister company Future Coupons), the Kishore Biyani-led group is prohibited from carrying out a transaction with Reliance.

However, following the pandemic, Future Retail faced dark days and the company’s debt started mounting to over INR 10,000 Cr, including short-term and long-term loans.

Following that, the loss-making retail giant proposed to sell its retail, wholesale and logistics arm, which included its Fashion at Big Bazaar, Koryo, Foodhall, Easyday businesses, to Reliance for INR 24,713 Cr ($3.4 Bn).

Future Retail missed the due date of repayment of INR 3,494.56 Cr to its lenders on December 31, 2021, and blamed the delay on the dispute with Amazon. It had sought to repay the debt in the next 30 days, by January this year, but it had missed that date again.