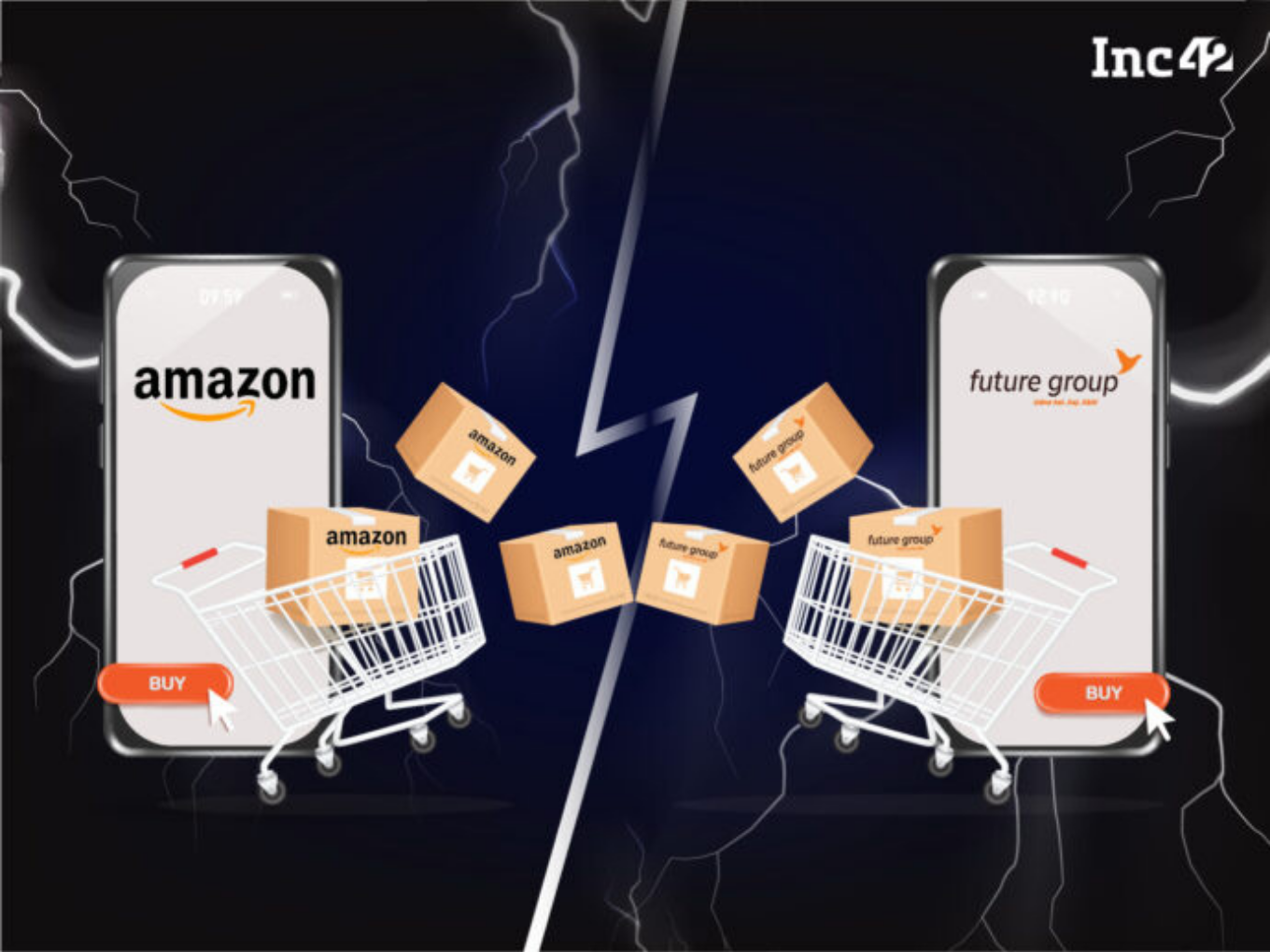 Amazon alleges Indian firms did not comply with court orders, adding that they attempted to ‘remove the substratum of the dispute.’

Amazon also claimed that FRL had ‘consistently acted in violation of the order passed by the emergency arbitrator and reaffirmed by the Arbitral Tribunal.’

As talks between Amazon and Future failed, the ecommerce giant plastered ads in major Indian newspapers on March 15 accusing both Future Retail and Reliance of committing fraud.

The U.S-based ecommerce platform accused Future Retail Limited (FRL) and Reliance Industries Limited (RIL) of indulging in fraudulent practices, saying the Indian firms did not comply with court orders. The ads further alleged that the companies attempted to “remove the substratum of the dispute.”

In an ad titled ‘Public Notice’, Amazon claimed that Future Retail and its partners had ‘consistently acted in violation of the order passed by the emergency arbitrator and reaffirmed by the Arbitral Tribunal.’

The ad further added that, “It has now come to light that FRL, and its promoters have been attempting to remove the substratum of the dispute by purportedly transferring and alienating FRL’s retail assets comprising the retail stores in favour of the MDA Group.”

Taking potshots at both FRL and RIL, the ecommerce player noted in its ad that, “Amazon hereby puts all persons concerned to notice that any attempt by FRL, and its prompters to transfer/dispose/alienate any of its retail assets is in violation of binding orders of the Arbitral Tribunal, which operate as orders of an Indian Court and any party assisting or cooperating in such fraudulent and contumacious actions will be liable for civil and criminal consequences under law.”

The escalation comes days after Mukesh Ambani-led RIL took over some of Future Group’s stores last month, whose lease had expired due to the non-payment of rent.

Remember, RIL, last month, had signed lease deeds with landlords who had not been paid rent for months for stores built on their properties by Future Group.

Initially, the oil to telecom conglomerate had sub-leased the properties to the retail group for operation, but terminated those sub-leases this month and took over 947 such stores.

It is this what has riled up the ecommerce giant. Amazon has accused FRL of alienating its assets and transferring it to RIL, a move that could hurt Amazon’s case.

The retailer operates 1,700 outlets including the popular Big Bazaar stores.

At the centre of the dispute is the INR 24,713 Cr sale of Future Group’s retail assets to the RIL that was announced in August of 2020. The case, which ran into trouble early on, is currently pending before the Apex Court.

Amazon claims that due to its indirect stake in Future Retail (via its 49% shareholding in sister company Future Coupons), Future Group is prohibited from carrying out a transaction with Reliance.

The Kishore Biyani-led company is currently marred with a debt of more than INR 10,000 Cr including short-term and long-term loans.

With the row likely to intensify in the coming days, no resolution seems in sight so far. But, the move has set the stage for an all out battle between two giants with deep pockets.