Currently, MG Motor sells its ZS EV in India for around INR 24 Lakh 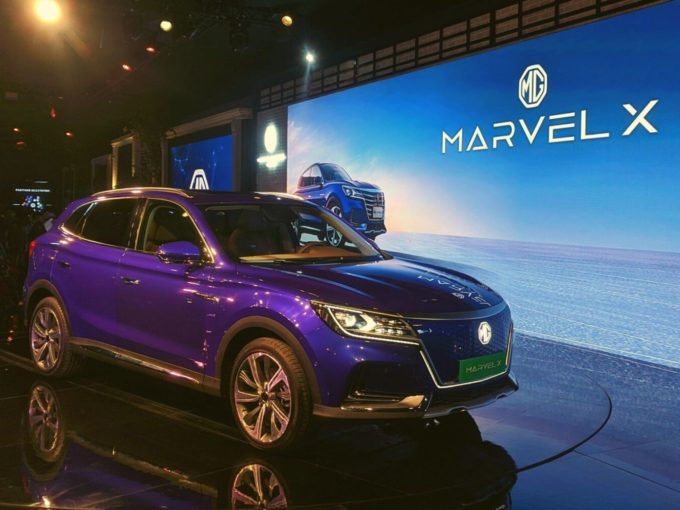 The first day of the Auto Expo 2020 has seen plenty of new electric vehicles, and MG Motor joined the fray with its all-new electric sports utility vehicle called the ‘Marvel X.’

While MG Motors has not yet revealed the official launch date and price, it said the Marvel X is the world’s first mass-production vehicle with integrated internet connectivity, electric powertrain and autonomous capabilities.

Apart from Marvel X, the company also showcased its other premium range of cars including eMG6, RC6, MG3, 360M and ZS, along with and an affordable concept car. MG Motor launched its first electric vehicle MG ZS EV earlier this year, priced between INR 20.88 Lakh and INR 23.58 Lakh.

Last year, MG Motor had announced that it would be developing a concept electric vehicle (EV) for the affordable segment priced under INR 10 Lakh. Rajeev Chaba, the director of MG Motors had said that the team is already working on the project. The company is evaluating various aspects like the production, battery cost, capacity and range among other issues.

At the time, MG Motor had said that the design of the electric vehicle concept is being made focusing on the consumer demands, which includes pricing, range, efficiency and design. The company had said that the production of this concept vehicle is expected to be launched in the next three to four years.

Ahead of Auto Expo 2020, Rajeev Chaba, president and MD of MG Motor said that the company is committed to pushing eco-friendly, next-generation mobility in India. “Our presence at the Auto Expo with a focus on future technologies for India is a testimony to this commitment. All our products at the Expo will exemplify innovation, customer experience and sustainability-led development,” he added.

At the Auto Expo 2020, apart from big players like MG Motor, Mahindra, Kia Motors and Volkswagen, the event will also be witnessing the presence of over 18 startups, including Okinawa Autotech, Devit Motors, eVERVE Motors and ONB technologies and Evolet India among others.

Earlier today, Mahindra showcased its first compact electric SUV called eKUV100 at the expo, which is priced at INR 8.25 Lakh. Maruti Suzuki announced its electric mobility plans for the future at the expo,  along with giving a hybrid touch to Swift. South Korean automobile brand Hyundai also said that it will be launching mass-market electric vehicles to Indian markets in the next two years.