Mahindra eKUV 100 will be its cheapest EV

On a full charge, the vehicle is said to run up to 120 km 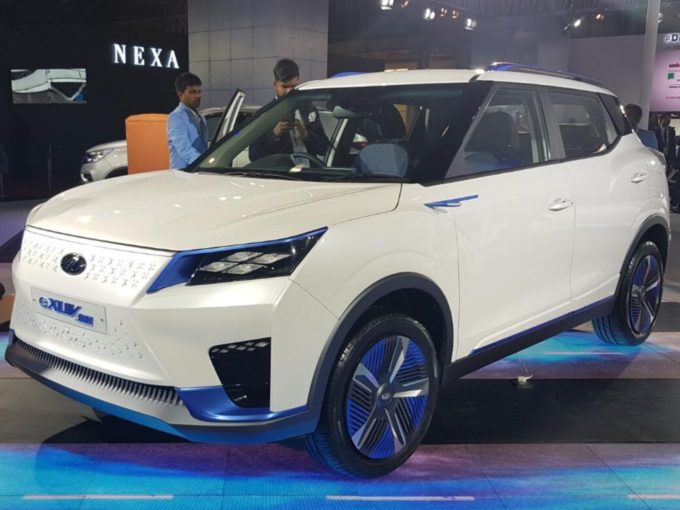 The buzz for electric vehicles will be in hyperdrive at the Auto Expo 2020 as Indian and international brands compete to outdo each other with new launches. One of the first out of the block is automotive brand Mahindra which showcased its first compact electric SUV, the  Mahindra eKUV 100 at the expo. The electric vehicle is priced at INR 8.25 Lakh and is expected to be launched this year.

The Mahindra eKUV 100 comes with a 15.9 kWh lithium-battery and is expected to offer a range of 120 km on a single charge. The all-new eKUV 100 looks similar to that to its petrol variant.

Mahindra is also working on a long-range electric motor which could go up to 350 km on a full charge. In addition to this, the company had also announced EV 2.0 platform for the next generation of electric vehicles to be launched by Mahindra in March 2020.

Mahindra will be exporting high-performance powertrains which have the potential to disrupt the electric vehicle market in the coming days.

Pawan Goenka, MD, Mahindra & Mahindra, said, “We have 18 vehicles on display at the Auto Expo pavilion. These comprise passenger, electric and commercial vehicles. Shared mobility will drive the adoption of EVs. We intend to offer the widest range of EVs and affordability is our guiding principle. The eKUV is the ideal vehicle for shared mobility.”

The company also unveiled a production version of Atom electric vehicle, which will go into production in the second half of 2020. The light-weight, four-wheeled Atom is targeted for urban environment and is about the size of a Tata Nano. The company intends to use this for commercial purposes.

Mahindra also announced the eXUV300, the electric version of its XUV300 SUV, which will be launched in the second half of 2021.

Earlier, Goenka had said that the company is setting up a research and development (R&D) centre in Bengaluru. The company had invested around INR 500 Cr for the same, where it will be manufacturing high-voltage batteries and high power starter motor, among other EV components. The R&D is expected to be operational by the end of 2020.

Apart from this, the company had also invested INR 250 Cr in its production unit in Bengaluru for manufacturing motors, chargers and assembling batteries. The company is planning to localise EV production by using parts manufacturing in India, thereby driving the Indian electric vehicle market to the next level. However, the battery packs will not be part of the localisation drive.

Besides Mahindra, Maruti Suzuki unveiled its first mid-range hybrid car, the ‘Swift Hybrid 48V’, at the Auto Expo 2020. The hybrid version of Swift comes with an ICE engine coupled with battery for clean mobility, with a fuel economy of 32 Km per litre.