As Part Of The Alliance, The Trio Will Be Hosting A Nation-wide Challenge For Product Startups Called Startup C-Cube 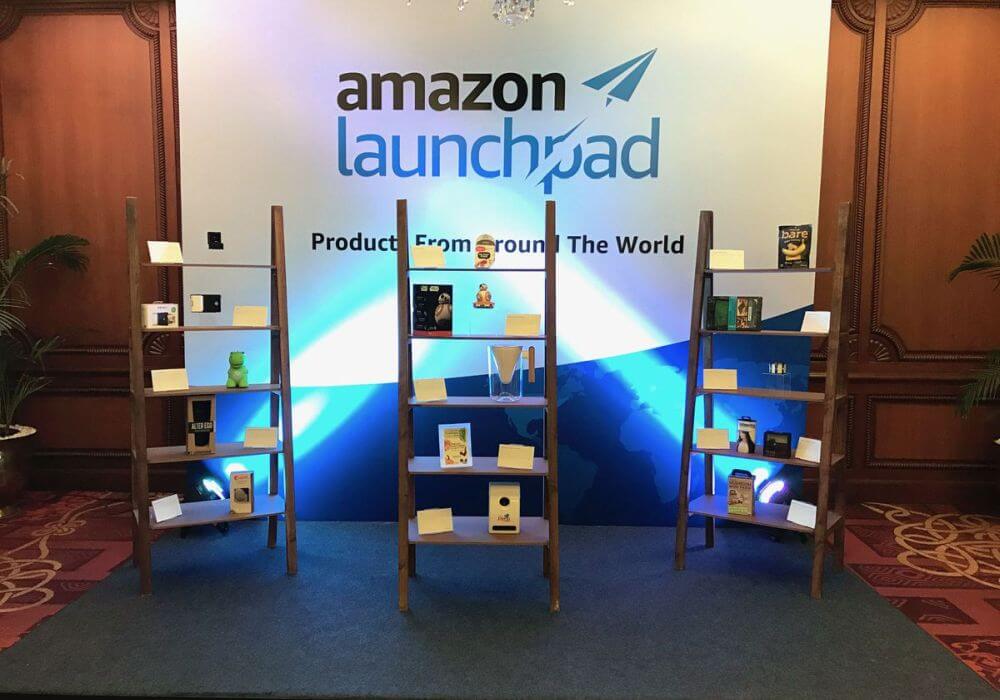 On the occasion of the first anniversary of its Launchpad programme, the Indian arm of ecommerce behemoth Amazon has announced a collaboration with global crowdfunding platform Kickstarter and China-headquartered hardware accelerator HAX. As per the official statement, the partnership is geared towards creating a conducive environment for early-stage product startups in the country.

As part of the alliance, Amazon is also set to conduct a multi-level challenge for Indian startups called Startup C-Cube in Bengaluru on December 5.

Commenting on the development, Manish Tiwary, VP Category Management of Amazon India said, “In the past one year, we have been overwhelmed by the response that Amazon Launchpad has received from the startup ecosystem in India. We have been excited to witness not only the launch of several new and innovative products on Amazon Launchpad but also the growing customer demand for these products from across the country. Business growth of some of the start-ups on Amazon Launchpad has elicited interest in these startups from VCs as well as other funding agencies in the last one year.

“We are very happy to bring Kickstarter and HAX to India to give Indian startups an opportunity to get their ideas noticed at the global stage and arm them with resources to convert these into real business opportunities,” he added.

As stated by Tiwary, the winning team in the Startup C-Cube challenge will be supported by Amazon India, HAX and Kickstarter through the entire “concept-to-customer” journey. To that end, the trio will also provide the startup with resources needed to scale up in India, Europe and the US.

Aligned with the government’s Startup India initiative, the partnership will help Indian startup communities to connect with one another, showcase their ideas and turn them into real business opportunities.

What Is Amazon Launchpad, You May Ask

Launched in the first week of December last year, Amazon Launchpad is a platform that is intended to help Indian startups increase their customer base in India as well as abroad. Through the programme, Indian startups get the chance to market their products globally to millions of Amazon customers.

The benefits of the programme include account management, marketing, and warehouse management among others. To reach more startups across the country, Amazon has tied up with various partners such as the Department of Industrial Policy and Promotion’s Startup India initiative, Nasscom 10,000 startups, and Indian Angel Network.

Amazon Launchpad currently has more than 17,000 innovative products across various categories such as electronics, wireless, grocery and beauty. As claimed by the company’s spokesperson, several startups in non-metro cities have benefitted from the platform, including Shillong-based Zizira, Indore’s VitaCup, Pune-based HySay, Techtex Online from Surat and Aluva-based Aarshaveda Wellness.

A Bit About Kickstarter And HAX

Founded in 2009, Kickstarter is a Brooklyn-based crowdfunding platform that has helped 14 Mn people raise over $3.4 Bn since its inception. Through Kickstarter, users across the globe have managed to fund nearly 135K projects across categories like technology, design, food, fashion and crafts.

In January last year, Hyderabad-based Bulbulapps raised an undisclosed amount of funding on Kickstarter from over 60+ backers for travel app for pre-school goers, TukTuk. Prior to that, in November 2014, an Indian smart kitchen startup MAID reportedly reached its target of raising $50,000 on Kickstarter in less than a week after going live on the platform.

Established in 2011 by Cyril Ebersweiler and Sean O’Sullivan, HAX Accelerator (formerly known as HAXLR8R) is a Seed accelerator that organises a 4-month programme for hardware startups in China, Silicon Valley and India. HAX claims to have accelerated more than 150 product startups in the last six years, including 10 that have raised more than $1 Mn in crowdfunding.

In July last year, the accelerator announced plans to $100K each in Indian startups working in the hardware segment. At the time, Benjamin Joffe, General Partner at Hax Accelerator had said, “India is far behind China in the manufacturing space, but has a great opportunity if there are more incubators and resources. The best way to [change[ that is by showing investors profitability and scalability. Investors are skeptical whether a product will actually become commercially viable and therefore profitable.”

Over the last few years, the ecommerce behemoth has been working extensively to launch services that meet different business requirements of Indian sellers and help them grow their business online. In February 2015, Amazon introduced Seller University, an extensive education and skilling programme for SMBs. Later in October of the same year, Fulfilment By Amazon was launched, wherein Amazon India packs, ships and delivers products to customers, manages returns and does customer service on behalf of the sellers. Other services launched by Amazon to facilitate the growth of local businesses include Easy Ship, an assisted shipping service for sellers across India; Amazon Tatkal, and Seller Flex. Through the partnership with HAX and Kickstarter, Amazon Launchpad is looking to make it easier for product startups in the country to raise funding and scale up.