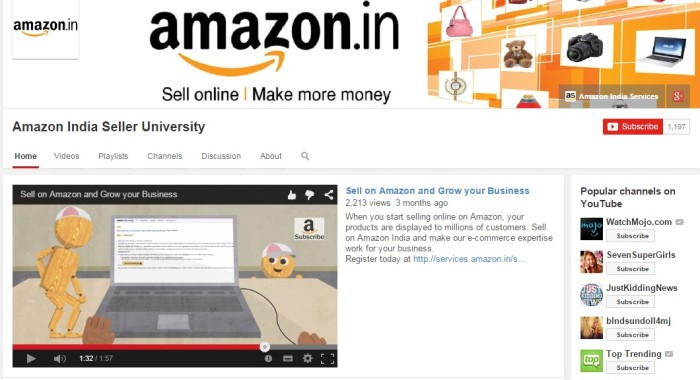 Amazon India, the multinational etailer, has started to reap the benefits that it sowed in Oct-Dec last year under the name Sellers University. Since its inception the initiative has received enquiry by thousands of sellers from over 700 cities including Ladakh, Guwahati, Salem, Darbhanga, Bhilai, Karur, Panipat, Anand, Aurangabad, Udaipur, Goa, Aurangabad, Indore and Surat.

The initiative was launched under the guidance of Amit Deshpande, director and general manager, seller services, Amazon. Deshpande had reported last year that Amazon is focusing on seller education for the company’s upholding of the business.

Under Sellers University, Amazon India is focusing at both self-service training and structured programmes with human interaction. Currently, the program runs seller central, an online portal to help vendors at remote locations in understanding platform’s functioning and the benefits it can provide to small businesses and YouTube channel to train people about marketplace model and how to sell through it.

Another program hosted in the Seller University’s kitty is “Amazon Trained Ecommerce Specialists (ATES)” which was a pilot project across four cities. It was reported that more than 350 assignments were handled by 100 trained ATES.

The company is also hosting seller forums on the web, where vendors can engage with each other for queries. In the first few weeks of the launch, Amazon saw a little more than 1,000 sellers joining the forum, which has 184 discussion threads and more than 400 messages.