Indian Startup MAID, The Smart Oven, Gets Oversubscribed in 7 Days on Kickstarter

Indian Startup MAID, The Smart Oven, Gets Oversubscribed in 7 Days on Kickstarter 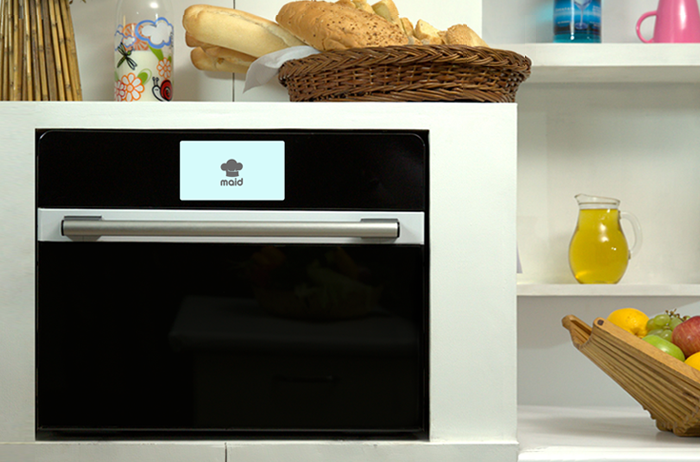 MAID, a smart kitchen assistant & oven which not only knows what to cook but also how to cook, has reached its target of raising $50,000 on Kickstarter in less than a week after going live on the platform.

MAID is developed by SectorQube, a startup based out in Startup Village, Kerala.

MAID is the first microwave oven that brings crowd-sourced recipes directly to the kitchen through its ever growing recipe store via the internet. It also has a recipe store with a recipe builder application which sets a standard for recipe creation and then these recipes are made available in MAID after basic testing.

It also supports features like streaming cookery shows, acting as a personal dietician, voice instructions and visuals to prepare the ingredients and much more.

Related: MAID Is A Smart Oven That’ll Act As Your Personal Dietician