Amazon Looks To Make Revenue From Logistics Arm; Will Deliver Orders Placed On Rival Platforms Too

Amazon Looks To Make Revenue From Logistics Arm; Will Deliver Orders Placed On Rival Platforms Too

Amazon India Is Looking To Expand Its Logistics Arm; Has Reportedly Invested $42 Mn Since 2016 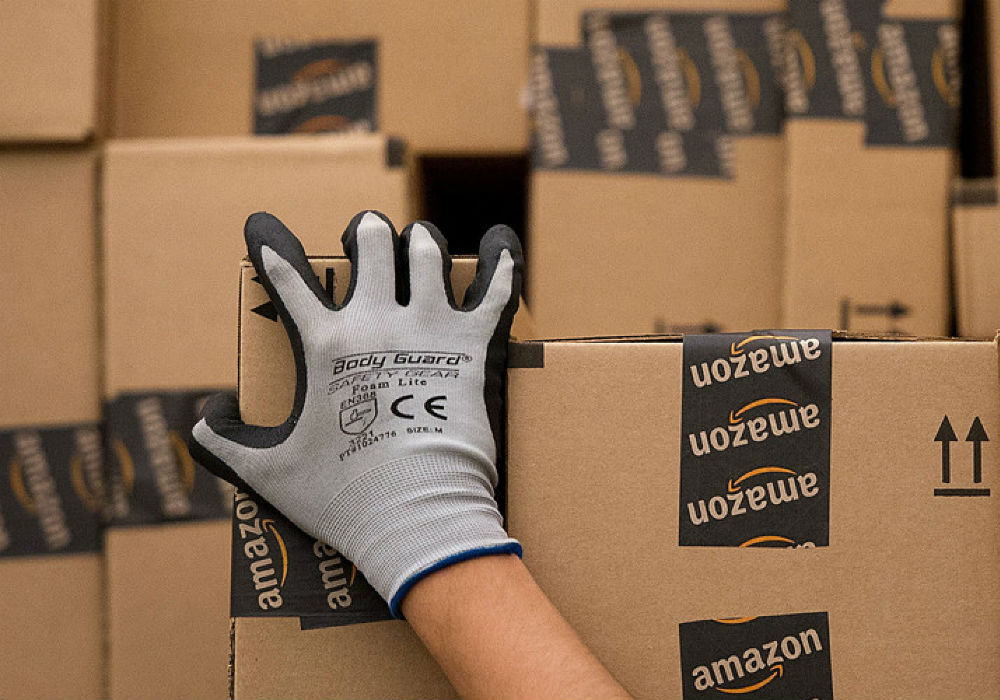 Jeff Bezos has ambitious plans for Amazon India’s logistics arm, Amazon Transportation Services (ATS). According to new reports, Amazon is planning to extend its logistics services to its sellers in India, even for orders placed through offline distribution as well as competitors Flipkart and Snapdeal.

The ecommerce giant has recently launched a pilot programme, in which it is reportedly working with 300 of is registered sellers.

Commenting on the development, a source stated, “Amazon wants to build ATS into an independent logistic service which competes against Flipkart’s Ekart and other independent logistics services like Blue Dart and FedEx. It has started with its own sellers, but eventually will even look at offering logistic services to brands and other businesses. ATS has recently hired a lot of executives from leading courier companies.”

Up until now, the ATS services were availed chiefly under the Fulfilled by Amazon (FBA) scheme, which allows sellers to store inventory in Amazon warehouses across the country. As a step forward, Amazon India is looking to attract sellers with the help of competitive pricing, which is reportedly much lower than third-party courier services.

The source added, “Amazon wants to control each and every segment of the ecommerce value chain, since they also sell packaging materials for online shipments.”

Email sent to Amazon India did not elicit a response at the time of publication.

Recently, it was reported that Amazon India has updated its shipping costs for sellers using Amazon Transportation Services to deliver orders to out-of-state customers. The new shipping charges, which will be effective from August 8 2017, are applicable under the Fulfilled by Amazon (FBA) programme. While vendors sending products to customers in the same region will see a drop in shipment costs, out-of-state deliveries will entail 15%-16% higher weight handling fees, sources revealed.

Armed with a robust logistics system, Amazon India is also hoping to enter the on-demand food delivery domain, where it would be competing against established names like Swiggy. These plans originally surfaced back in September 2016, when Amazon India was reportedly in talks to invest in Swiggy.

With heavy competition from Flipkart, Snapdeal, and Paytm, Amazon India has been increasingly looking for ways to strengthen its logistics arm for faster and more efficient deliveries. In June 2017, it poured $32 Mn (INR 207 Cr) into Amazon Transportation Services. The company had previously infused $10 Mn (INR 67 Cr) in the logistics platform, in September 2016.

According to Minister of State for Rural Development Ram Kripal Yadav, the Indian logistics sector is poised to grow into a $307 Bn industry by 2020. Of this, ecommerce logistics accounts for a major share. In the last two years, Flipkart’s in-house logistics arm, Ekart, has received more than $100 Mn from its parent company.

At present, Ekart handles the logistics-related activities of all Flipkart group companies. In February of this year, it was reported that Flipkart is looking to consolidate the offerings of its logistics arm – Ekart. As a result, the ecommerce player suspended Ekart’s customer-to-customer (C2C) courier operations. In addition, it also ceased its hyperlocal delivery services in Bengaluru that were launched in November 2016.

Snapdeal-owned Vulcan Express, on the other hand, is facing an uncertain future, now that the merger between Flipkart and Snapdeal has fallen through. While digital payments platform FreeCharge was recently sold to Axis Bank for $60 Mn, the fate of Vulcan remains undecided. Earlier in July 2017, Vulcan was reportedly in talks with Chennai-based TVS Logistics Services, PE firm Peepul Capital, and supply chain firm Gati for a potential buyout.

The sector has witnessed the emergence of a new class of startups that are wielding technology to solve many of the country’s logistics-related problems. Among these are VDeliver, LoadShare, Delhivery, 4tigo, Rivigo, BlackBuck, and InLogg. In July, VDeliver raised an undisclosed amount in a Pre-Series A funding round led by Corvus Ventures and Mumbai-based MAPE Advisory Group.

The newly-launched pilot is Amazon India’s next step forward in conquering the country’s burgeoning logistics market, where Flipkart, with an equally robust logistics model, stands at the other end.