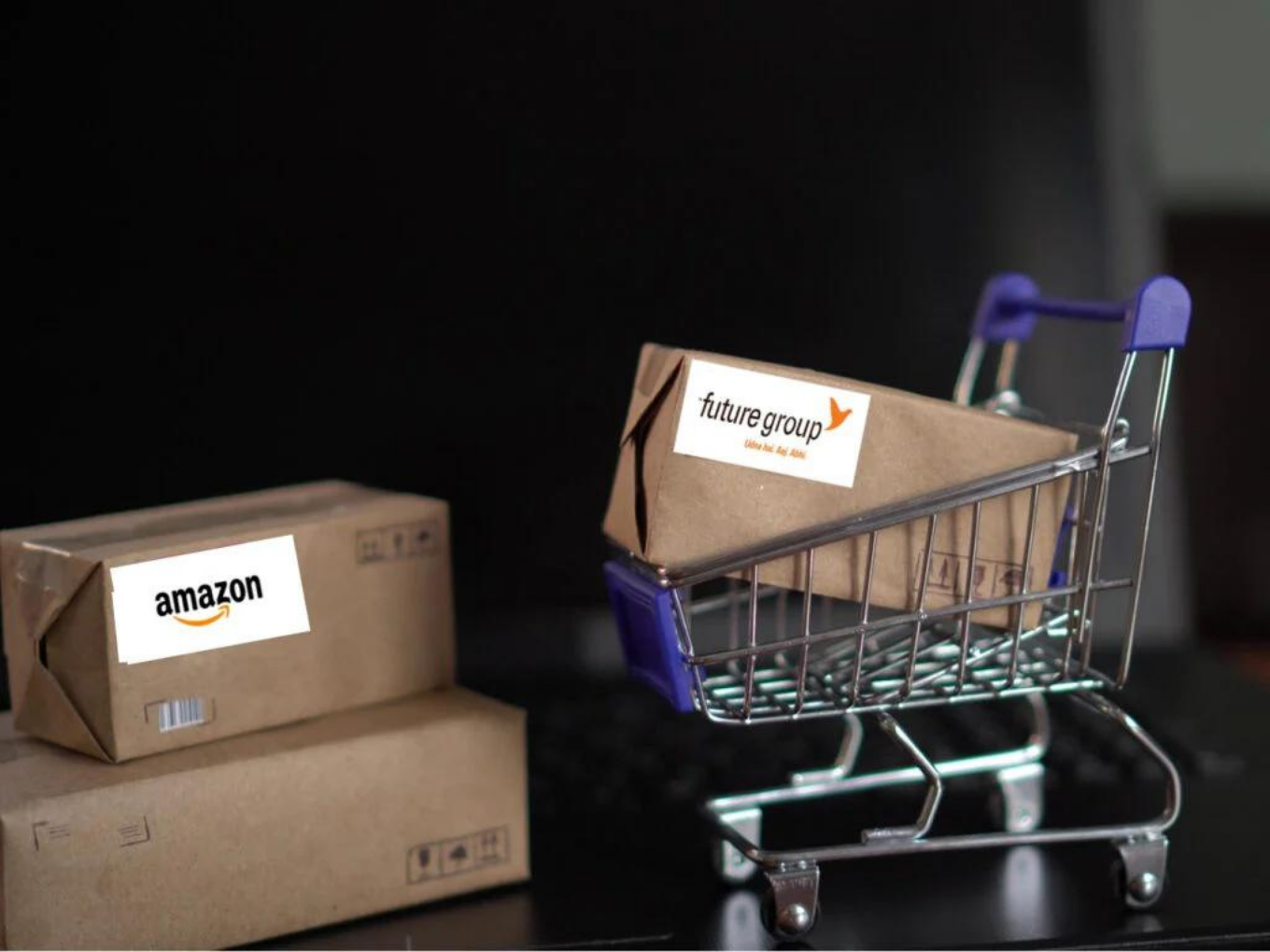 The ecommerce giant also alleged that Future Retail ‘voluntarily’ held the INR 250 Cr payment of rent for more than two months, prompting a takeover by RIL

In another twist in the years-long Amazon-Future battle, the US-based ecommerce giant has accused the Indian retailer’s independent directors of foul play.

Amazon said that Future Retail’s (FRL) independent directors ‘facilitated’ the transfer of Future’s 835 retail stores to Reliance Retail. These stores include the likes of large format stores (LFS) like Big Bazaar and small format stores such as Easy Day and Heritage Fresh.

Amazon wrote in the letter dated May 19 that the stores were transferred by going against binding injunctions and court orders.

“While the scheme has failed, it now appears that FRL sought to purportedly alienate its retail stores in favour of the Mukesh Ambani group by any means possible. You, as independent directors, have facilitated this fraudulent stratagem to defraud the Indian public and regulators,” Amazon wrote in the aforementioned letter.

Here, the ‘scheme’ refers to the 2020 deal that would have seen Reliance Retail pick up Future Retail’s logistics, retail and warehousing businesses for INR 24,713 Cr. This deal was recently cancelled as Future Retail could not secure stakeholders’ approval.

Amazon also alleged that FRL, in its meeting with core lenders on January 1, 2022, had ‘categorically’ admitted that the unpaid rental dues stood at INR 250 Cr, and the amount was ‘voluntarily’ retained. Amazon also cited the minutes of this meeting to say that FRL kept the rent on hold for two months due to cash shortages.

Reliance had sped up its hostile takeover of FRL in February 2022, when it started sending offer letters to FRL employees and taking over lease agreements of stores defaulting on their rents and subletting them to FRL.

Amazon has objected to the said transfer of properties, in particular the speed with which the entire deal went through. The ecommerce giant has alleged that this is a ‘sham’ and a ‘false narrative’.

“Consequently, any narrative that there was a purported transfer on account of failure to pay huge outstanding rent for as many as 835 retail stores, that too as quickly as on February 26, 2022, is nothing but a sham and a false narrative to regulators, creditors, the shareholders and the courts,” Amazon added.

Amazon further added that the stores have been shut down in full knowledge of the fact that this would give way to stores operated by entities belonging to the MDA Group.

FRL was “colluding, and in continuous discussion, with the MDA Group,” it added.

Amazon added, “The stratagem to erode the value of retail stores of FRL, a listed company, in collusion with the Mukesh Ambani Group and commit fraud is a matter of significant public concern. Thus, a thorough and independent investigation of the financial dealings of FRL and the Biyani family is needed.”

The ecommerce giant also added that this calls for an investigation by the authorities, regulators and enforcement agencies.

Ever since CCI temporarily suspended the Amazon-Future Coupons deal of 2019, the ecommerce giant has been on the front foot trying to block the deal which would see Reliance Retail acquire Future Retail.

Both the companies looked set for an amicable solution to the long-standing dispute when Amazon’s counsel proposed talks during a hearing in the Supreme Court in early March 2022.

However, after talks failed, the ecommerce giant plastered ads in major Indian newspapers on March 15 accusing both Future Retail and Reliance of committing fraud.

In an ad titled ‘Public Notice’, Amazon claimed that Future Retail and its partners had ‘consistently acted in violation of the order passed by the emergency arbitrator and reaffirmed by the Arbitral Tribunal.’

On the other hand, Future Retail, during a Supreme Court hearing in April, had told the apex court that the once-INR 26,000 Cr valued company is ‘hanging by a thread’.

Future Retail told the court that for INR 1,400 Cr, which is the worth of the Amazon-Future disputed deal, the U.S.-based ecommerce giant has successfully destroyed an INR 26,000 Cr company.

The legal dispute started in October 2020, when Amazon approached the Singapore International Arbitration Centre (SIAC) to restrict Reliance Retail’s $3.4 Bn offer to buy Future Retail. The battle headed to the Supreme Court in 2021, where it has been heard ever since.