Explainer: All You Need To Know About NPCI’S 30% Cap On UPI Transactions

Explainer: All You Need To Know About NPCI’S 30% Cap On UPI Transactions 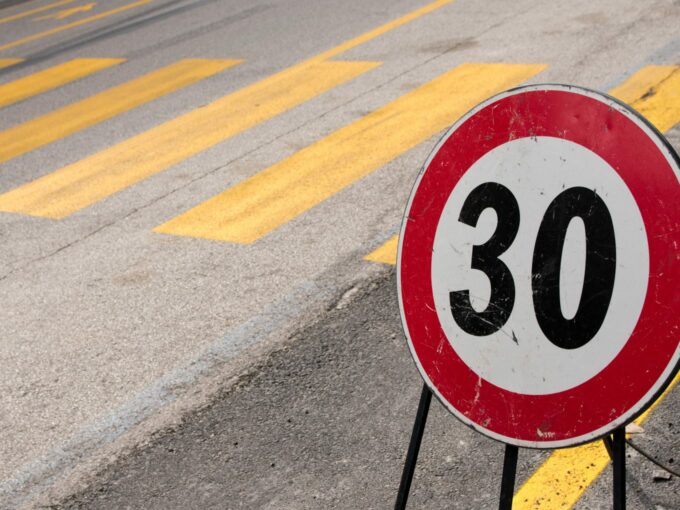 With the country’s digital payments ecosystem registering a high of 2 Bn monthly transactions through the Unified Payments Interface (UPI) network last month, the focus has shifted to ensuring that the market isn’t controlled by the few big players who together hold more than 80% market share, namely Google Pay and PhonePe.

Hence, the notification by the National Payments Corporation of India (NPCI) on Thursday (November 5), which stated that January 2021 onwards, each third-party app provider (TPAP) would not be allowed to process more than 30% of the total volume of transactions occurring through the UPI interface.

According to the notification, the existing TPAPs will get two years, starting in January 2021, to comply with the new norms in a phased manner. However, for the new entrants in the digital payments landscape, notable among them being WhatsApp Pay, the 30% cap will be applicable from January 2021.

While NPCI has announced that the 30% cap for TPAPs will help to address the risks emanating from an overload of the payments infrastructure and protect the UPI ecosystem as it further scales up, its impact on the revenue generation for the major players in the ecosystem cannot be missed. In July, Inc42 reported that NPCI had asked for the Merchant Discount Rate (MDR) on digital payments to be brought back.

MDR, around 1% of the total transaction volume, was a levy that had to be paid by the merchant to the processing bank. The amount was shared among acquiring bank, fintech partner and issuing bank, with 10% of the amount paid as switching fees to NPCI.

An Inc42 analysis from July had pointed out that the revenue model of purely UPI-based payments services is not sustainable in the long run, because of zero MDR. NPCI’s 30% cap on the total volume of transactions could aggravate these concerns.

Responding to Inc42’s queries on the implications of the 30% cap, Sajith Sivanandan, business head for Google Pay and Next Billion User Initiatives said, “Digital payments in India is still in its infancy and any interventions at this point should be made with a view to accelerating consumer choice and innovation.”

What Happens If A Payment App Exceeds 30% UPI Cap?

One immediate concern raised by the fintech stakeholders is the fact that the NPCI directive does not clarify what happens if a UPI platform exceeds the limit. Does the platform then control the user experience?

Queries to NPCI about the same yielded no reply.

“The argument that any platform cannot be allowed to become dominant in this ecosystem does not really hold because it is a space that has witnessed rapid innovation since it was launched. UPI existed on bank apps before the likes of Google Pay and PhonePe popularised it, but it was precisely their user experience innovation that made these apps relevant to the roadside stall as well,” said Vikas Kothari, cofounder P10 bank, a digital bank designed for young working professionals.

Some methods to enforce transaction limits may be for platforms to onboard fewer smaller merchants, cut back on incentives like coupons and cashback and differentiate user experience based on the transaction values they report.

How Will Payment Apps Implement 30% Cap On UPI Transactions?

“They may have to take a strategic call between new users which are integral to market penetration and existing high-value users who will drive profits. Even if they were to allow users to switch to different payment solutions, in case UPI limits are breached, the retailer on the other end should have compatible payment solutions. This will require a smooth in-app transfer of solution and user experience,” said Vishnoi.

He added that users tend to stick to apps where they have a better experience. In that case, conveying transaction limits to users can be a very tricky business.

On the same day as the NPCI notification for the 30% cap, WhatsApp finally got the nod to launch its digital payments platform WhatsApp Pay after spending two years in beta version. Its full-scale launch had been stuck in limbo, due to the Reserve Bank of India (RBI) expressing concerns that the platform wasn’t compliant with data localisation norms.

In July, NPCI had written to RBI, confirming that WhatsApp was compliant with data localisation norms for payments services. The Facebook-owned messaging platform will be allowed to launch its payments services in a graded manner with a maximum registered userbase of 20 Mn. As such, it will be restrained from utilising the full-scale of its operations in India, where it has more than 400 Mn users.

Although, industry experts have maintained that considering WhatsApp’s humongous user base in India, the graded launch of its payments service is necessary to ensure that it doesn’t create an unmanageable load on UPI’s digital payments infrastructure. A similar logic has been used by NPCI to explain its 30% cap on UPI transactions for TPAPs.

An increased rate of failed transactions over the UPI network — about 10 of the top 30 banks have recorded a failure rate of over 3% in September 2020, which had been less than 1% in July  — confirms the need for the graded rollout of WhatsApp Pay in India.

Mandar Agashe, founder and managing director of Sarvatra Technologies, a payment solutions provider said that 20 Mn is a good enough limit on users for the first phase of WhatsApp Pay’s launch. “It will be ideal to gauge the comfort level of the people. The 30% cap on UPI transactions mandated by NPCI is for providing a variety of digital payment options to consumers. Whether it will create a level playing field for new and emerging players in the space remains to be seen,” he said.

Is 30% Cap Only Way To Prevent Monopolisation?

While the 30% cap on UPI transactions is also meant for ensuring that the digital payments landscape isn’t monopolised, fintech advisor and emerging tech evangelist Sharat Chandra felt that there are better ways of ensuring the same.

“Capping isn’t the way forward. New Umbrella Entity (NUE) can take care of risks of monopoly and the protection of the UPI ecosystem. The fact that the State Bank of India (SBI) and Tata Group have shown interest in applying for NUE is a good sign. A challenger to NPCI is very much needed to ensure stability and competitiveness for all payment entities,” said Chandra.

Entities with an RBI license will be able to set up and operate NUEs, which are umbrella entities for retail payments, having the same powers as NPCI. As of today, NPCI is the sole umbrella organisation for owning and operating a pan-India retail payments network. NPCI, set up by the Reserve Bank of India (RBI) and the Indian Banks Association (IBA), was founded in 2008 and developed the Unified Payments Interface (UPI), an instant real-time mobile payments system, in 2016, months before the government’s demonetisation exercise.

Chandra reiterated that a cap on UPI transactions will likely incentivise some users to turn to offline-based digital payments. Thus, NPCI’s move could in a way, drive up adoption for another of its services, Rupay cards and wallets, which offer contactless tap-and-go payments at point-of-sale. However, for the smaller merchants, a troublesome user experience with UPI payment apps could spur them to turn to cash as a mode of transaction.

So, even if NPCI’s decision to cap the transactions of TPAPs on UPI at 30% is taken with a long term vision to curb chances of monopolisation of the platform, there remain several glitches in the short to medium term that can create trouble if left unaddressed by the regulator.

With inputs from Romita Majumdar