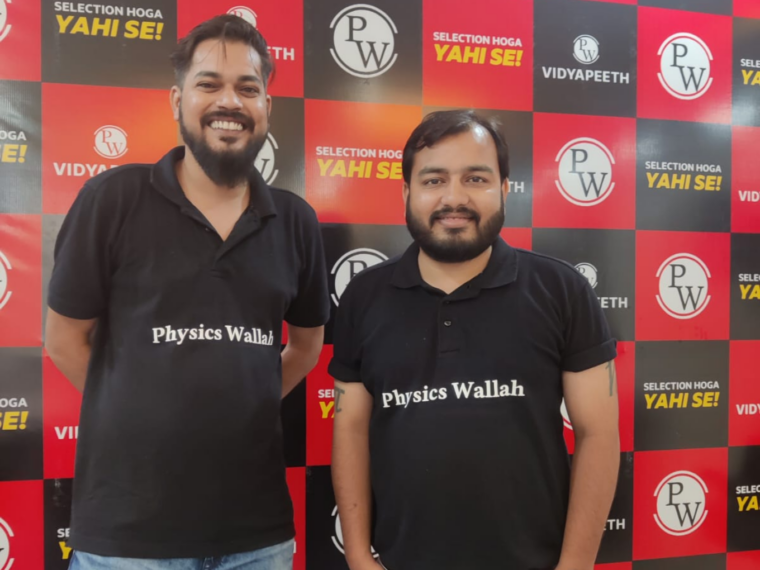 PhysicsWallah has forayed into offline space with the launch of its first offline centre, PW Vidyapeeth, in Kota, Rajasthan

Following its rivals BYJU’S and Unacademy, edtech unicorn PhysicsWallah on Monday announced its foray in the offline learning space with the launch of its first such centre, named PW Vidyapeeth, in Kota, Rajasthan.

PhysicsWallah’s offline centre will enrol 11th and 12th-grade students who seek to prepare for JEE and NEET exams. The student-teacher ratio of each class will be 125:1, the startup said in a statement.

Kota is known for its coaching centres for students who want to make a career in the engineering and medical fields.

Commenting on opening the first centre in the city, Alakh Pandey, founder and CEO of PhysicsWallah, said, “We chose Kota for many reasons. The city holds an unbreakable track record for assisting students in cracking various competitive entrance exams. Moreover, it has an average literacy rate of 82.80%, which is higher than the average national percentage of 74.04%, as per the census of 2011.”

Earlier this month, PhysicsWallah entered the coveted unicorn club after raising $100 Mn in its Series A funding round at a post-money valuation of $1.1 Bn. Westbridge and GSV Ventures participated in the funding round.

Founded in 2020 by Alakh Pandey and Prateek Maheshwari, the Noida-based startup helps students prepare for NEET and IIT JEE exams. It claims to have helped over 10,000 students in cracking NEET and JEE exams in the last two years.

The startup also plans to come out with its educational content in nine vernacular languages to add 250 Mn students by 2025.

The Intense Fight In Edtech Sector

The startup’s entry in the offline space highlights the intense competition in the edtech sector in the country. While the Covid-19 pandemic gave a boost to the sector, the receding impact of pandemic and reopening of schools and colleges has resulted in a slowdown in the sector.

As a result, edtech players are also making entry into the offline space to meet the changing preferences of students and their parents.

India’s edtech sector, which is poised to reach $10.5 Bn by 2025, has witnessed three of its unicorns – Unacademy, BYJU’S and Vedantu foraying into the offline space. In May, edtech unicorn Unacademy rolled out its offline centres called Learning Centre in Kota, Rajasthan for 9th to 12th-grade students.

Recently, Unacademy hired faculty of offline educational institute Allen Career for its newly launched offline learning centres in Kota. However, the rivalry took a bitter turn, with Allen warning of  blacklisting its faculties joining Unacademy. On the other hand, Unacademy sought police protection for the new faculty members it had roped in from Allen.

Amidst all this, last week Allen announced its foray into the edtech space and launched its digital arm Allen Digital.

Earlier in April, Vedantu reportedly said that it was in talks to pivot to a hybrid model and consequently, set up offline learning centres in the country. Besides, India’s first edtech unicorn BYJU’S also rolled out its offline learning centre named BYJU’S Tuition Centre (BTC) for 4th to 10th-grade students.