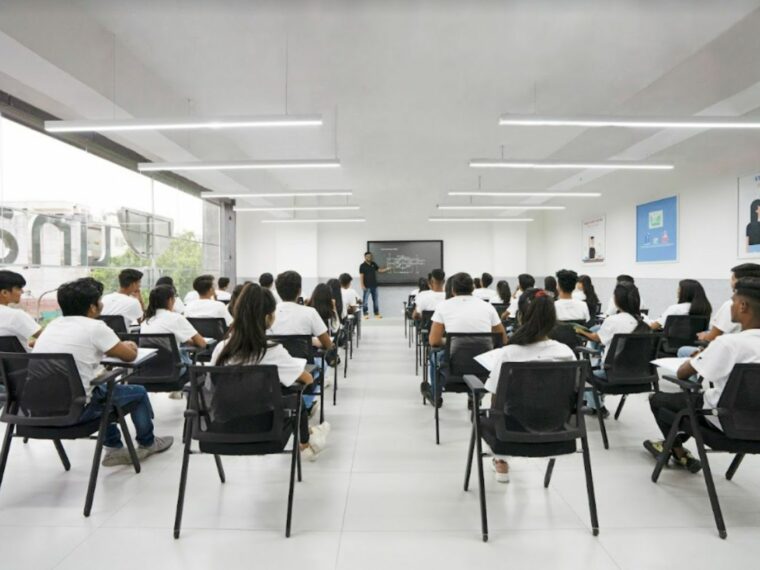 In a statement, the edtech major said that it has hired more than 30 educators for Kota, including five ex-Allen educators

Edtech major Unacademy has onboarded a few faculty that had left Allen Career Institute for its newly launched Kota centres.

In a statement, Unacademy said that it has hired over 30 educators for its Kota centres, including the likes of Mohit Bhargava, Parvez Khan, Insaf Ali, Vijay Kumar Tripathi and Ashish Gupta, all ex-Allen.

The edtech unicorn has set up the centres for NEET-UG, IIT JEE and Foundation (Classes 9 and 10) categories. Unacademy has set the first enrolment target at 15,000 across all of its centres in the country. The edtech major said that the first batch will commence on June 16.

Unadacemy has set up shop in nine cities so far –  Kota, Jaipur, Ahmedabad, Chandigarh, Patna, Pune, Bengaluru, Delhi, and Lucknow. The two new Unacademy Centers in Kota will operate in hybrid mode, with offline classes a few days a week.

Even though Unacademy has hired 30 top educators from other Kota-based centres, it took care to mention only those that came in from Allen, signalling back to last week’s controversy.

Unacademy’s move towards having an offline presence comes as it has been laying off teachers and other employees. Over the past few months, it has conducted three separate layoffs, firing 1,000 people in the process.

In a video statement, Maheshwari claimed that Allen will take action against teachers who leave the company to move to edtech platforms. The Allen cofounder director said that the offline coaching centre chain will be ‘strictly blacklisting’ those who have left.

However, the video’s intent shifted as Maheshwari added that the institute will also look to retaliate against any platform looking to poach teachers.

He accused teachers of being greedy and said that Allen has over 11,000 employees and that the departure of one or two teachers will not impact the company.

The video went viral in a few hours, which prompted Unacademy to seek police protection for the teachers that it poached from Allen and other coaching centres.

Is Offline The Next Step For Edtech?

In the edtech space, especially in the offline coaching centres segment, teachers are one of the most important factors driving user acquisition. One of the prime examples of this is PhysicsWallah’s Alakh Pandey, who has built a profitable edtech unicorn (a rarity among its ilk), all with the backing of his students.

Incidentally, Unacademy also had similar origins as PW. It started off as a YouTube channel by cofounder Gaurav Munjal in 2010 as well. Munjal had pivoted Unacademy to being a full-fledged edtech startup in 2015, along with cofounders Hemesh Singh and Roman Saini.

While edtech startups are looking to innovate and go offline in a bid to attract more users, funding in the segment has been drying up slowly. Amid fears of a funding winter, the edtech sector has been the worst affected, with layoffs and shutdowns taking place.

So far, nine edtech startups, including Unacademy itself, have laid off 3,098 employees, per Inc42’s Indian Startup Layoff Tracker.