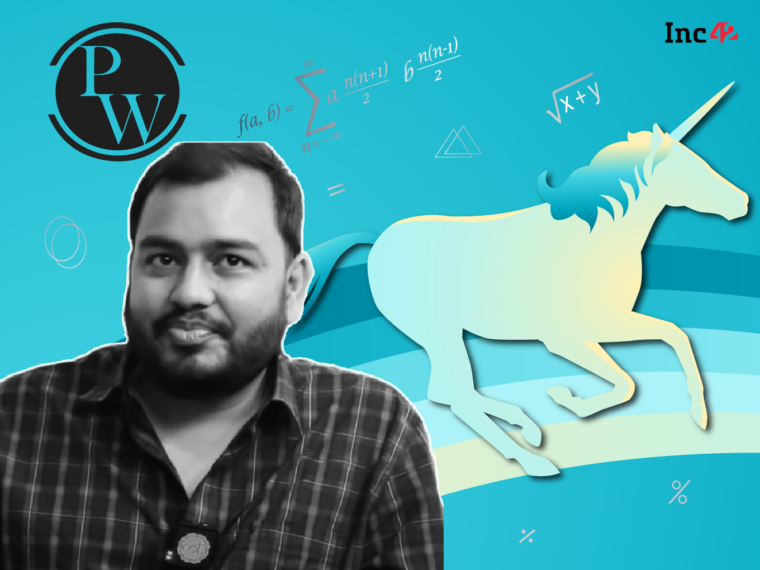 It plans to use the incoming funds to expand its geographical reach, grow the business, enhance branding and introduce more courses

India’s seventh edtech unicorn said that more than 10,000 students that studied with it have cracked NEET and JEE in 2020 and 2021

Noida-based edtech platform PhysicsWallah, also known as PW, has become India’s 101st unicorn, and the first unicorn in almost a month as it raised $100 Mn in a Series A funding round from Westbridge and GSV Ventures. The startup’s post-money valuation reached $1.1 Bn following the completion of the transaction.

The edtech player has said that it plans to deploy the incoming funds for business expansion, branding, introducing more courses and opening more learning centres across India.

Founded in 2020 by Alakh Pandey and Prateek Maheshwari, PhysicsWallah is an edtech startup with a focus on competitive exam prep for NEET and IIT/JEE. India’s seventh edtech unicorn has said that more than 10,000 of its students have cracked NEET and JEE in 2020 and 2021. See our in-depth story on how PW built a profitable unicorn, while remaining sustainable and focussing on organic growth.

PW started off as a YouTube channel in 2016, with the two cofounders developing the app and website in 2020.

Alakh Pandey, cofounder and CEO of PW, said, “This latest development will help us further our vision and implement new initiatives to augment the learning journeys of students, thereby enabling them to reach new heights in their careers. Our commitment remains ‘every dollar spent in PW is for the greater good of learners’.”

Sandeep Singhal, MD, Westbridge Capital, said, “PW is one of the rare startups with a profound understanding of the education that Bharat today needs. The founder’s focus on learning outcomes of students excites us and we look forward to a long partnership with them”.

PW will also establish 20 offline coaching centres across the country, having established 20 centres already across 18 cities. According to PhysicsWallah, it has more than 10,000 students enrolled for the 2022-2023 session. The current funding will also be used to expand its geographical presence in the country.

India’s edtech segment has already produced six unicorns. PhysicsWallah joins the ranks of BYJU’S, Unacademy and Vedantu. However, PW is the only profitable edtech unicorn; it posted profits of INR 6.92 Cr in FY21.

The funding round comes as edtech has seen a wave of layoffs in the edtech sector amid fears of a widespread funding winter. So far, eight edtech startups, including the likes of Unacademy and Vedantu, have laid off more than 3,000 employees in 2022.

India’s startup ecosystem had minted its 100th unicorn in early May, after the neobanking startup Open hit unicorn valuation. Open was the first unicorn since March 2022 and with PhysicsWallah, the unicorn count has finally ticked over 100.