Zealthy Bets Big On Women’s Health & Community, But What About Trust, Security?

Zealthy Bets Big On Women’s Health & Community, But What About Trust, Security? 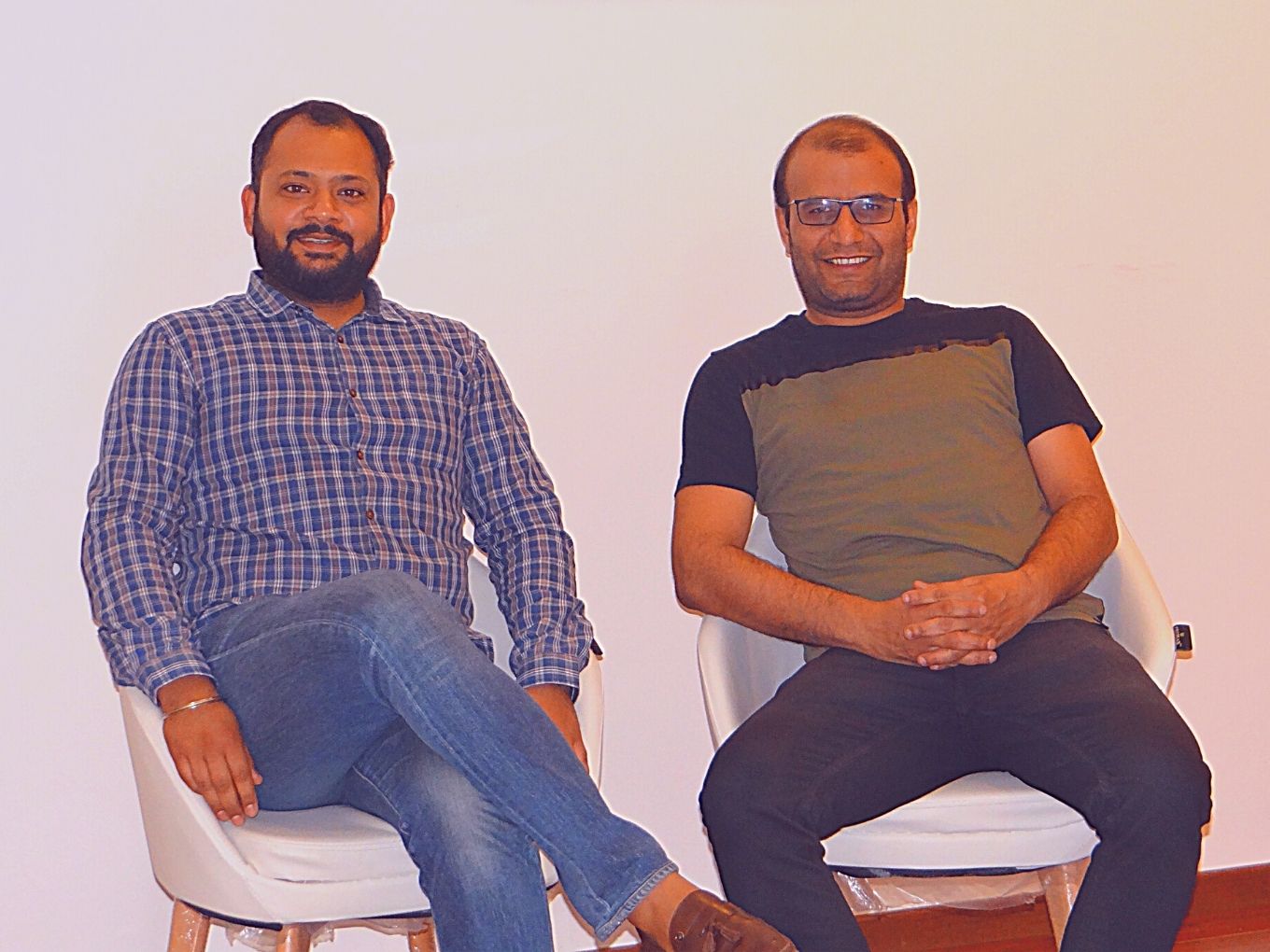 While Zealthy has major plans to disrupt the space and become the Practo for women’s health services and specialists, it may have to wage a long battle to earn the trust of its women users

Zealthy is currently backed by First Cheque, KYT Ventures and AngelList among other eminent investors and industry veterans

The company is generating 5x revenue growth, and plans to double it in the coming months, thereby reaching INR 1 Cr per month

How safe are women-focused platforms in today’s data protectionist environment? While solving women health issues through technological intervention and community-driven approach is a great goal, the biggest stumbling block is earning the trust of the women who will use the platform. Thanks to the anonymity afforded by the internet, many men try to pass off as women or intrude into such communities and thereby erode any trust among the core user base. Put simply, harassment can happen anytime and anywhere online.

Even platforms such as Sheroes which have built a huge audience have had to go through this phase of moderation of content and users in order to get to where they are. This trust is paramount for an open platform for sharing and discussions by women, with no compromises on their safety and privacy.

Which is why when we decided to profile Zealthy, it was from the lens of privacy and safety. For an early-stage health-focussed platform, the data and security of users is even more critical. And while Zealthy has major plans to disrupt the space and become the Practo for women’s health services and specialists, it may have to wage a long battle to earn the trust of its women users.

Our recent experience with Zealthy proved that it has a long way to go when it comes to moderating its community.  During our test to see if male users are allowed to enter groups, we were able to join Zealthy communities using a fake name, gender information and other details with a phone number registered to a male telecom subscriber. The app not only granted us access but we would have been able to interact with other participants and members freely, anonymously, had we wanted to.

And in fact, many men have. Even without digging too deep, we could see graphic and abusive text posts on Zealthy, where seemingly male users made grotesque remarks about women. Inc42 has several screenshots of such posts but we have withheld publishing them due to their graphic nature.

The whole idea of Zealthy revolves around such communities and forums, ranging from beauty secrets, happy periods and sexual wellness. On its social media channels and on its website, women users are urged to comfortably share their problems and issues and engage each other. However, with clear transgressions like mentioned above and sharing their concerns and queries, more openly on these groups.

Zealthy founder Akhil Gupta spoke to Inc42 at length about the company’s plans for the women health marketplace, community and telemedicine platform. But on the aspect of privacy, the company was a little vague.

Gupta said that men are strictly not allowed, and there’s a flag raised by its team of moderators if it looks like someone has faked their identity and is posing as a woman. He said Zealthy manually monitors all visitors and conversations, and in case the moderators spot any suspicious activity or fake identity situations, the accounts are tracked and blocked if found to be violating rules.

But that still does not answer the safety and privacy concerns — what if a man joins and does not raise alarms by making abusive posts, but just to snoop on someone or a user they know. These are not out of the realm of possibility given the daily accounts of online sexual abuse and harassment. Gupta says Zealthy plans to introduce facial recognition tools in the near future, but did not elaborate more on the timelines. This still does not answer the question of authenticating users to the point of no doubt, which is what many women would want in such a platform, especially one that deals with health.

Why are we harping on about trust? Put simply, it makes or breaks platforms such as Zealthy.

It’s not just a “nice-to-have” for a health-focussed community platform, but perhaps more crucial than even a massive user base. A small user base of 5 Mn -10 Mn active and engaged genuine users is often better than even a fraction of a doubt that the large community may have some non-genuine users.

When it comes to equal rights and equal access to services, Indian women have been fighting an uphill battle for millennia. And despite the influence of technology in improving the way of life for women in the country, these developments affect only a fraction of the female population in India. For example, when it comes to access to healthcare, women have to struggle not only in rural India, but also in cities to get optimal care and treatments without privacy or personal safety violations.

Telemedicine and healthtech platforms have tried to eliminate the access to care gap as much as possible, but the crux of the issue is that the specific needs of women need models tailored to the audience. Zomato’s recent move to introduce ‘period leaves’ for its female and transgender employees has for once put women’s health at the centre of HR policy, but that too has a lot of implications on workplace gender diversity. And outside the workplace, the situation is dire.

According to Inito, a Bengaluru-based medical tech company, 10-15% married couples in India suffer from infertility but only 45% of such couples visit a doctor and only 1% of infertile couples seek treatment. Nearly 55% of women are not even aware about ovulation tracking products like fertility monitors, and the same goes for 75% of men, added the study. So is the gap about access or awareness — and can fixing one tackle the other?

In the worst case, instead of going to fertility specialists, many women and couples venture into the murky world of ‘babas’ or quacks, says Zealthy’s Gupta. But perhaps that’s because the advice has come from someone the women trust and rely on.

One cannot deny that some alternative medicines can be more harmful than helpful, but their use too is born from trust. Zealthy is looking to solve both the access and awareness challenges with its women-focused personal health advisory platform, but if women are not able to vouch for the authenticity of another user, will they share?

Moving beyond the trust factor, Zealthy claims to be striving for greater gender diversity within its teams. Even though the company has male founders — with Rishi Malhotra being a doctor —  Gupta claimed 80% of the staff is women, right from marketing to sales teams to content and operations — however, this could not be independently verified by Inc42.

With an array of influencers on social media platforms hawking a variety of products and solutions to women, the ‘fake news’ epidemic is not far from this space. Zealthy claims its platform is built on a strong community of women and experts, where its users can make informed decisions whether it is about products, services and doctors.

“We are not only educating women around their health, but we strongly believe that healthier women lead to healthier families, and in turn, a productive society,” Gupta adds. He also urges Indian women to express their problems and concerns in front of experts instead of strangers, but on the subject of verifying users, Gupta did not speak more.

Founded in 2018 by Gupta and Malhotra, Zealthy offers women’s health services and support for period-related questions or problems, menopause, PCOS (Polycystic Ovary Syndrome) to pregnancy, reproductive healthcare and infertility issues among others. The company claims to have touched the lives of more than 5 Mn women till date with health-related content in local Indian languages, including Hindi and English and teleconsultation services.

Backed by a slew of angels such as India Quotient and First Cheque’s Kushal Bhagia; MPL’s Shubham Malhotra; former SoftBank director Pavan Ongole and AngelList among other investors, Zealthy’s focus on women, particularly in Tier 2 and Tier 3 cities, is driven by its end-to-end healthcare and community strategy. This puts Zealthy in competition with women-focused community platforms such as Healofy, BabyChakra, POPxo, Sheroes among others, and it’s also competing with ecommerce-focussed female health platforms such as Azah, MamaEarth, Nua, PeeSafe and others addressing female hygiene. On the healthtech side, Zealthy competes with aggregators, teleconsultation and discovery channels such as Practo, Lybrate, myUpchar among others. So the model itself is quite varied and the challenge would be to scale each aspect in the right manner for holistic growth.

While the problem of authentic and genuine users might come back to bite Zealthy in the long run, it has gained in the past few months thanks to the pandemic-driven behavioural shifts. Zealthy claims to have witnessed a massive surge in queries, teleconsultations services, with 500K visitors in April, compared to 150K users per month before Covid-19. It has gone from 100 queries a day to 500-800 queries a day in the past few months but it must be noted that it also launched free consultations during this period. All that growth now needs to be backed by solid technology to build trust.

At the moment, Zealthy is looking to build on the recently-launched AI-powered fertility assessment, which gives women important insights and tips about their reproductive health and fertility issues.

Zealthy doesn’t earn any revenue from this first free consultation through its team of in-house women doctors and gynaecologists, however, it charges patients for further sessions with experts, for doctor appointments and treatments. In terms of revenue, cofounder Malhotra claimed that income per month has gone from INR 10 Lakh to INR 50 Lakh with a target of INR 1 Cr in the coming months.

It says it will get there by expanding its presence to 150 cities and towns by the end of 2020 with its partner network, women-focused local communities, healthcare at-home solutions, the launch of health-related products, and more content in regional languages including Bengali, Tamil, Telugu and Malayalam.