Hygiene Startup PeeSafe Will Use Funding For Its Expansion 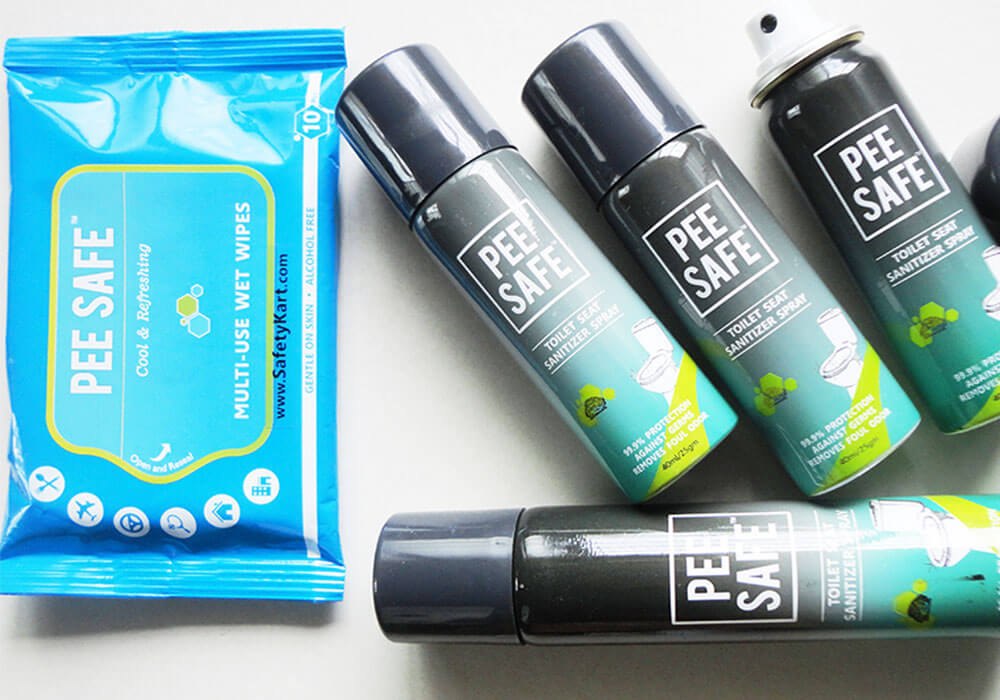 O2O global brand for toilet hygiene PeeSafe has raised $1 Mn (INR 6.3 Cr) in a fresh round of funding by issuing compulsorily convertible debentures (CCD) to its existing and new investors.

The funds will be used to accelerate its growth by expanding into international markets of the US and South Africa.

Existing investors including Alfa Universal Ventures, Green Shoot Capital, Venture Catalysts among others also participated in this funding round.

Founded in 2015 by a couple Vikas and Srijana Bagaria, PeeSafe is a clinically approved, isopropyl, alcohol-based, quick-drying toilet seat sanitizer. PeeSafe is now run by Redcliffe Hygiene Pvt. Ltd, which has also introduced products like GymSafe, MoskitoSafe, and PalmSafe.

PeeSafe claims to have sold one million pieces since its launch and draws a big chunk of its sales from corporates which are subscribing to its washroom sanitisation programme. PeeSafe claims to have a presence in more than 1,000 modern trade and pharmacy chains as well as general stores.

In July 2017, PeeSafe raised $1 Mn from Venture Catalysts, global VC firm Alfa Capital, Green Shots Capital, and Real Time Ventures. The funding was then said to be used for expanding the product line of the parent company Redcliffe Hygiene and to expand to global markets starting with the US, Europe, Middle East, and Southeast Asia.

According to a report, PeeSafe is also in advanced stage talks to raise $5 Mn from a few family offices who have a strategic interest in the sector. The round is expected to be closed by March this year.

The company is also looking for International expansion, as its founder, Vikas Bagaria had said at the time of its last funding. While PeeSafe USA and PeeSafe South Africa is expected to get launched in April 2018, PeeSafe GCC is on track for launch next month.

PeeBuddy is another company in this segment. It’s a cardboard device for women to use to stand and pee. The startup raised funding to the tune of $443K from investors such as Indian Angel Network in Pre-Series A investment.

A report by Persistence Market Research (PMR), pegged the global feminine hygiene market at a valuation of $19 Bn in 2015 and expected it to reach $35.2 Bn by 2024 end, expanding at a CAGR of 7.2% during the forecast period.

With the growing concerns around hygiene and Indian millennials becoming more and more adaptive to new products and technologies, products like PeeSafe, PeeBuddy and more have an entirely unsaturated market to tap in. If attempted successfully, with the recently raised funding, PeeSafe’s expansion to the international grounds will certainly open doors to a rising growth curve for the company in near future.