GSF Backed NewsBytes Aims To Be Your Daily News Digest

GSF Backed NewsBytes Aims To Be Your Daily News Digest

In today’s world, content is the king and driving business all over the world. But with an information overload, it is becoming increasingly difficult to filter out the relevant from the junk. If the problem of yesterday’s generation was lack of news, today’s generation is that they are bombarded with news every second. The challenge is to reduce this overload and cull out the most relevant news articles for today’s readers, whose shorter attention spans make them swing towards crisper content.

This is where NewsBytes steps in, solving the problem of sorting out relevant content and presenting it with a proper context. Positioning itself mid-way between the long form of journalism and short form, the company aims to filter out the most apt news for the readers from all the available news & sources and provide it to you in a contextual timeline. The USP is simple-as stated by co-founder Shikha Chaudhry, “Every news has a story, we provide you that story.”

Founded by Sumedh Chaudhry, Shikha Chaudhry, Romesh Khaddar, and Sripriya Yegneswaran, the startup is aiming to fill the gap between long form and short form content. With shorter attention spans, youngsters are drawn to content curators which provide them with short and crisp news. However, short form fails to provide contextual background and would hardly equip the reader for a formal discussion on the topic. NewsBytes aims to do that, as it aims to provide you enough context to suffice for an in depth understanding of the news and yet spare the reader an information overload.

“The idea is that even if you spend 7 minutes a day on the app, you are fully aware of the 5-6 most relevant news for you.” says Shikha.

To achieve this, the app’s automated news engine crawls through the web to gather a list of noteworthy news events. The editorial team then picks up the five-six most important events, which are then summarized and finally the app creates a contextual timeline string of related events. 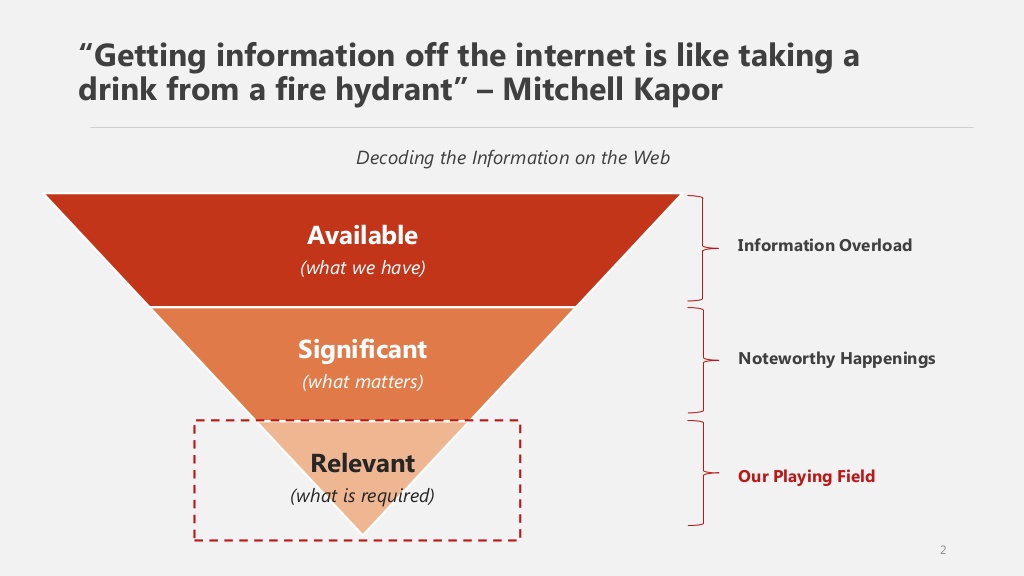 The idea for NewsBytes was pivoted from the MyNewsStudio application developed by the founders in 2012 and was launched for both B2B and B2C users in 2013. In June 2014, the company signed their first institutional contract with XLRI, followed by a round of undisclosed funding in July 2014. By the end of 2014, they had recognized the scalability potential of the idea, and went all in to start work on their technology in 2015. They released the first version of the app in June 2015 to a private audience and then to the public in July. The NewsBytes app has already seen about 5,000 downloads since its launch. 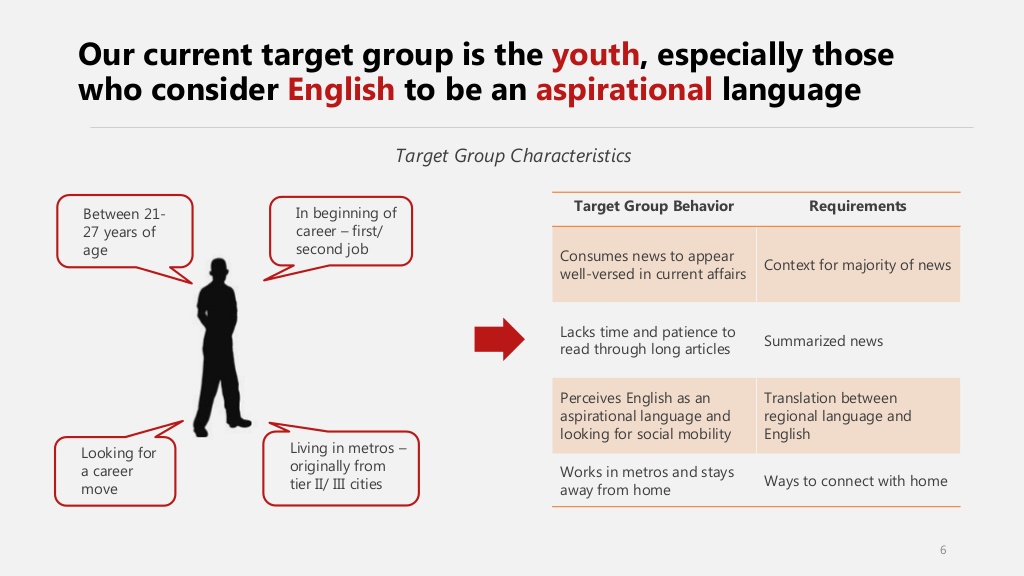 Shikha says, “For the longest time, it has been believed that the youth are not interested in news, which is hardly true.” Consequently, the app aims to target youth between 21 to 27 years of age, especially those who consider English to be an aspirational language. This group lacks the patience to read through long articles and prefers summarized news. Though they might be well versed in current affairs, but they need a proper context for majority of news. Also, since they view English as an aspirational language and are looking for social mobility, they also require translation between regional languages and English. These are the gaps that the app is looking to bridge, and thus added the first vernacular language Hindi to its platform in July 2015, which is currently in private beta and will be launched to the larger audience as soon as the testing phase is over. Going forward, it will be launching the app in Tamil as well.

Currently, the company has no plans for monetization. The company, is however aiming to reach 70k-80k downloads by the end of this year. On an average, Shikha says, the app is witnessing 200 downloads on a daily basis. It’s too early for them to talk about revenues or monetization but the company is sure that right now it is only gunning for people who would stick with the app.

To target the right fit for this app, NewsBytes has launched a four week long “Entrepreneurship in Residence” plan in conjunction with 22 B-schools.  In this program, the company invites resumes from contenders, chats with them to select two people from each school who are then chosen as entrepreneurs in residence. The company invites their suggestions about possible product features that can be included in the app and then gives them two weeks to create a buzz around the app through quizzes, competitions and other brand awareness methods. The idea is to get the right kind of target audience through such entrepreneurs. In the next phase, the startup will also target engineering colleges.

Going forward, the company will explore the option of sponsored content as well as selling its API to publishers. But that’s for the future. Right now, it is leveraging the $50,000 seed funding it received this year as a participant of the fourth batch of the GSF accelerator program along with angel investor Pavan Kumar.

The in-short news curation space is already seeing a lot activity. Shikha agrees the space is crowded. One of the most popular players in the segment is the Inshorts app (formerly News In Shorts) which has raised a $20 Mn Series B round from existing investor Tiger Global in July this year. The app has already crossed downloads of 2 Mn. The team is already working on a number of new additions, including making the app a one stop shop for a variety of curated content discovery, a personalization engine that helps users quickly find content that matches their interests, and a feature to allow users to express and share opinions on news.

Then there is Dailyhunt (formerly NewsHunt), which focuses on vernacular content in the form of books and news and has raised $18 Mn (INR120 Cr) in funding this year. The company has seen app downloads to the tune of 95 Mn, covers content of about 175 publications, and publishes over 1.2 lakhs articles daily.

Recently, Way2Online has launched a new news App called Way2News which will focus on offering news in local languages, thus heating up the market for on-demand content products. Another entrant in the news content business this year was Raghav Bahl’s digital news venture, The Quint, which went live in March.

Globally, however, the failure of Circa, one of the pioneers in the space of short form content, was a dampener for short form content sites. Circa was relying solely on venture capital to sustain themselves and had not yet cracked their business model. Not having monetization plans is something the Indian avatars also face, though Inshorts is also exploring the possibility of generating revenues through sponsored content. On the other side, Dailyhunt, currently monetizes its product through in-app advertising, as well as through sale of e-books in local languages though it will also be looking at more ways of monetizing the business.

With Inshorts’ rising popularity, Dailyhunt’s hold over a large section of market that wants content in regional language, players will have to resort to different strategies to grab their share of the pie. NewsBytes aims to differentiate itself from its competitors through its contextual storytelling of a particular news and through the vernacular layer addition wherein it will provide the same news in different languages, thus tapping into the large sections of aspiring youth who are still in the process of getting comfortable with English.  It will also add a local layer to the news wherein a person visiting a new place can use the app to get the local news of that area.

Though the NewsBytes app is trying to carve  a niche between the long form and short form competitors,  it will still face some stiff competition from the already popular Inshorts, which is already looking to cross the 5 Mn download mark by the end of 2015. Additionally, Inshorts is moving from being a news aggregator to a content discovery platform, aiming to save the consumer from the hassle of using and downloading multiple apps.

Similarly, Dailyhunt would prove to be another formidable rival, as it looks to expand internationally to Sri Lanka, & UAE and nationally to more regional languages like Assamese, Nepali, Bhojpuri and Sindhi.

According to a recent study by Deloitte, vernacular print market is growing at a CAGR of 11% (versus 5% for English) and as per Internet and Mobile Association of India (IMAI) there will be more than 25 Mn Indian mobile internet users by next year, thus pointing to the enormous opportunities available to the players in this segment. With so many businesses mushrooming in content delivery business, NewsBytes therefore has a lot on its hands to fight for its place in the smartphones of these burgeoning users.