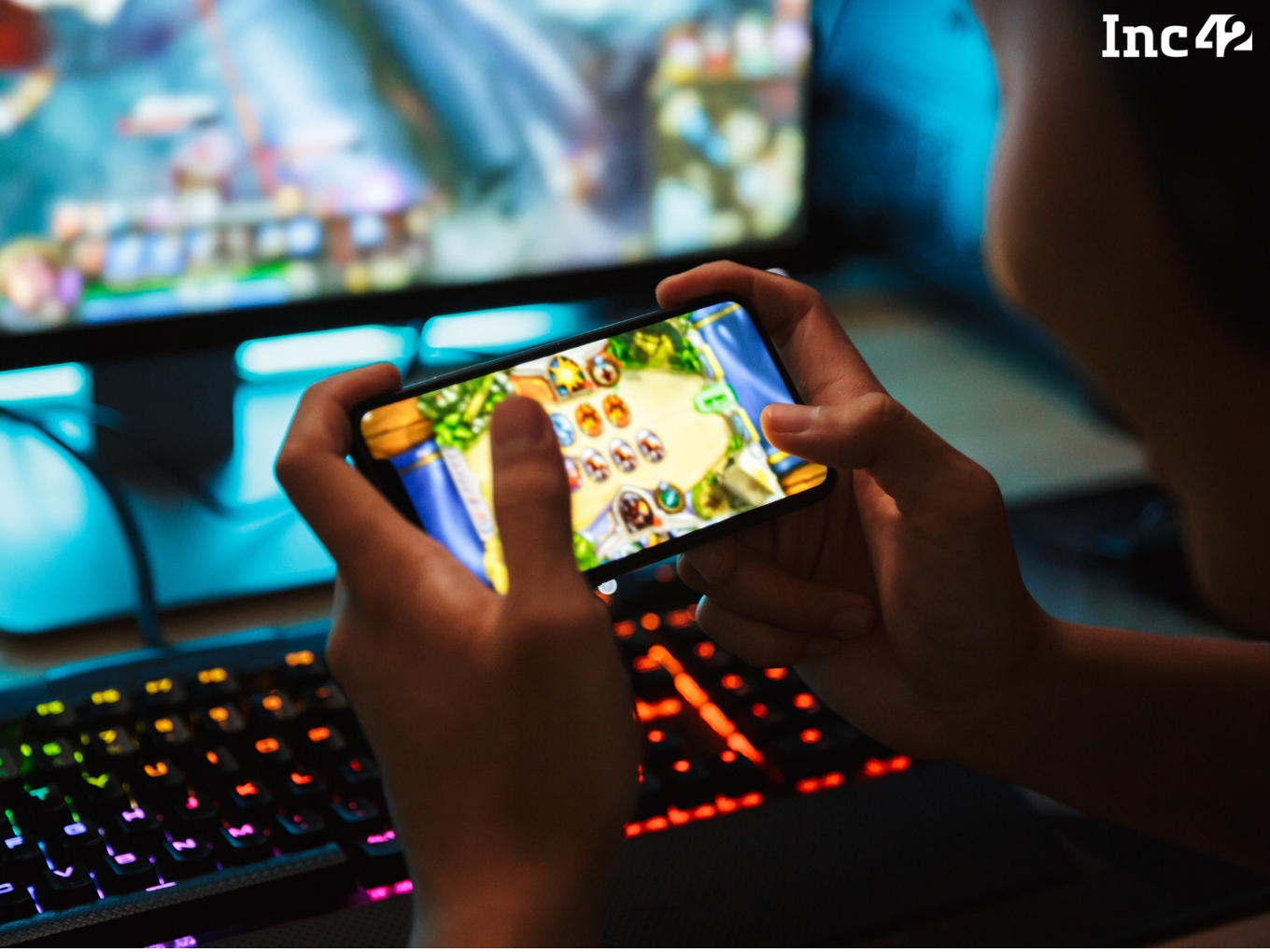 Having launched in October 2018, Funnearn has registered 1.32 lakh users who have played 4 lakh games till date

The online gaming market in India which stood at $290 Mn in 2017, is expected to grow to $1 Bn by 2021. The sector has undergone a tremendous revolution in the last few years.

The internet revolution brought in by Reliance Jio, the rise of internet and smartphone penetration even in rural areas, as well as the growth of online gaming players like Nazara Technologies, Dream11, 99Games, Octro, and Games2Win; have proven to be the key driving factors for the ongoing revolution within this segment.

Of late, a new class of startups have seen a rise in this segment. Known as Real Money Games (RMG), these online gaming platforms are hosting games like rummy, poker, daily fantasy sports, trivia quizzing; and are offering cash prizes as a gratification. Loco by PocketAces, MPL and BrainBaazi are a few popular names here.

However, looking at the billion dollar opportunity, online gaming pie is still far from saturation. New Delhi-based entrepreneur trio, Hardeep Singh Mehta, Ashish Solanki and Harsha Sachdeva, who believe in doing things differently from their peers, are keen on taking a bite of this pie with their online gaming platform, Funnearn.

“Earning money online has always been the most coveted dream of each individual who goes online. But maximum platforms are either facilitating a scam or involve pure gambling subjected to nothing but luck. On the other hand, fantasy games or games like poker and rummy require a certain level of skill along with possessing knowledge of how these games are played. A few more popular knowledge driven games could be cricket, soccer, etc. or even cards for that matter. We have a completely different USP here,” said Sachdeva.

At Funnearn, the users can make money in the range of 2x-5x by playing simple games involving basic cognitive ability. Available on Android and iOS, the app, currently has more than 132K mobile downloads since its launch in 2018.

Unlike other skill-based games, the key differentiator of Funnearn is that it enables users to play a game and make money at a convenient time. Whereas, in other games, the users have to wait for the dedicated live streaming sessions to participate. Moreover, Funnearn allows the user to play one on one with the opponent rather than playing against a pool of competitors.

“Experts say that people find digital gaming as a gainful medium for entertainment, an alternative for recreation, an alternate means to connect with like-minded people, a stress buster and a competitive platform with a presence of other players,” said Sachdeva.

Mehta added, “We use Paytm Gratification service for instant transfer to user’s wallet. The user can also request for a bank transfer, but it typically takes 3-5 business days.”

The Rise Of Skill-Based Digital Or Online Gaming

Due to the increase in awareness amongst the masses about the negative aspects of games subjected to luck, numerous laws started to shape up, acting as a firewall to the world of gaming. Even factors like higher literacy level, awareness about societal ethics and the rapid internet-urbanisation; have majorly impacted the gaming industry.

Games such as poker, rummy, cricket and football require a set of skills and acquired knowledge to participate. This is where games such as Funnearn, Brain Baazi, and Quizup gain an edge, since they allow a user to win real-money by applying basic cognitive skills.

Is This Legal In India?

The Central Lotteries Act of 1998 governs lotteries and gives some selected state governments the authority to organise such games only once a week. However, startups like Funnearn do not fall under the boundaries of this law as the games offered on the platform are skill-based and not luck-based.

The users below 18 years of age and users belonging to the states of Assam, Odisha and Telangana, are not eligible to participate in any of the games provided by the platform, in line with the Indian Constitution, which has granted individual state governments to reform laws for gaming as per their requirements.

To further maintain transparency among the users, the startup follows a mandatory KYC process which includes registering a user’s address proof and a digital copy of their Aadhaar card.

Overcoming The Hurdles And Bringing In More Gamers

Irrespective of the sector, the challenges for any entrepreneur are always plenty. Similarly, Sachdeva of Funnearn, an IT professional turned entrepreneur, said, “We faced two challenges primarily. From a user’s perspective, it was ‘Trust’.”

She further added that since India is well known for its scams ranging from small scale to large scale, Funnearn as a platform which involves cash, building the trust factor was a vital criterion. From a business point of view, sorting out legality and taxation was the other major challenge for Funnearn, added Mehta.

Since there is no problem which does not have a solution, the trio found a way to build the pillars of trust among users. But how?

“We make sure any issue(s) faced by our users are solved with priority via proper email communication,” said Solanki. Furthermore, to make the process even more transparent, the startup has recently come up with a leaderboard section in the app that shows the list of top players and the amount they have won till date.

For most users, the privacy of their data is a major concern. And to address that, Funnearn uses a high-level encryption system and hosts its application on one of the most trusted and renowned web hosting platforms – Amazon Web Services. Apparently, they are winning the trust of lakhs of users and are soon introducing new features and more games.

At present, the startup claims to have a 40% M-O-M growth in the number of users, with major traction coming from Tier 2 cluster comprising of UP, Delhi, Haryana, Rajasthan, Maharashtra, Bihar, MP, and Punjab.

How Does The Future Of Digital Gaming Look Like?

India, being one of the fastest growing economies in the world, is rapidly pacing towards urbanisation and more aggressively towards internet-urbanisation. As per an analysis by Inc42 DataLabs, based on TRAI reports, internet penetration in India has increased at a rate of 108.8% in the urban area at 15.86 CAGR and at 110.5% in rural India at a 16.05 CAGR from 2014 to 2018.

At the same time, India is witnessing a massive change in the lifestyle of people, which involves an increase in disposable income, sedentary lifestyle; along with massive internet penetration. As cited by Deloitte, “The Indian approach has shifted from need-based choices to more aspirational consumption patterns and such spending is anticipated to more than double by 2025.”

Even factors like increased literacy level, awareness about social ethics and an overall rise in the number of educated people; along with internet-urbanisation are majorly impacting the gaming industry. With lottery-games having a lot of restrictions and sedentary lifestyle stopping people from going on the fields, the Indian startup’s ‘jugaad’ of offering skill-based earning from the online games has consistently proven to be a massive opportunity in the long run.

As access to technology and innovation becomes easier and as consumer patterns change with time, the skill-based gaming industry in India is expected to see major growth. And experts in the industry state that with improved regulation, transparency, and acts for consumer protection; the digital gaming sector can be a major contributor to the welfare of the country in terms of employment and taxation reforms.

To conclude, the founders of Funnearn said, “Online mobile gaming will see a boom incoming years. It is projected to rise enormously across the globe, till 2021.”

With such high level of optimism and more people willing to embrace online gaming, the sector is definitely going to see some significant skill-play!