No one minds a good deal. And that is why promotions in the form of discounts, sales or coupons, have always been an important tool for businesses to target more customers. Promotions could be done with the motive of acquiring new clientele, or clear stocks, or introduce a new product in the market. With the advent of online shopping in India and with increasing number of players in this space vying for more customers, it is natural that the same tools of promotions are being employed to increase traffic on the ecommerce websites.

As a result, couponing as a phenomenon which was hardly heard of a few years back, has gained widespread popularity in tandem with the burgeoning ecommerce market in India.

Today every merchant, brand or seller is leveraging the power of couponing to garner more customers. If in the West, couponing started from offline retail chains and then moved to the online space, in India the reverse is happening. Online shopping introduced couponing as a normal practice in the lives of Indians, which earlier had only been gainfully used by Domino’s. Now, couponing is moving into the offline space as well with popular coupon aggregators moving in to tap the vast majority of transactions happening in the offline space. No wonder, coupon and deal aggregators are vying to gain a substantial slice of both the online and offline marketplaces.

Acquired by Times Internet last year, Mumbai based coupon aggregator, CouponDunia, is one such player which wants to be a one-stop destination to save money, be it in the online space or offline. That explains the many new initiatives being taken by it, ranging from launching newspaper coupons that can be redeemed for instant discounts on grocery, home care and personal care purchases at local supermarkets and venturing into the offline space in newer segments and in newer cities. Also it has introduced features such as Geo-Targeting feature in its app which informs the user about the offers available around them depending on their location.

The company founded by Sameer Parwani in 2010, it is now home for coupons from more than 2,000 online brands, 5,000 restaurants, and has around 7 Mn email subscribers. 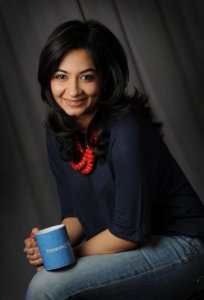 Ankita Tandon, COO of CouponDunia says, “To start with, we have already forayed into the FMCG and retail segment in the offline space. We will now follow it up with the healthcare and beauty segments. The idea is to reach more and more people by venturing into more segments offline as well.”

If users are rewarded with best deal either offline or online, on the other side, the merchant partners gain from the increased visibility as CouponDunia, act as an advertising platform for them. If a merchant has to introduce a new product or clear his inventory, with a physical store, he can only target people in the store’s vicinity. But by leveraging platforms like  CouponDunia, his reach increases exponentially.

The logic behind launching location based couponing for stores was very clear, as according to Founder & CEO of CouponDunia, Sameer Parwani, they have realised that through online shopping, they are catering only to a small portion of potential user base. “98% of the transactions still happen at offline stores and we hold a vision to provide easy deals at every store, our users walk through.”

As couponing catches on with the Indian consumers, CouponDunia is slowly expanding its presence in the offline space to tap even more users. The firm will be expanding soon into the health and beauty segments. Along with increasing its breadth in FMCG and retail sectors in the next one to two months, it will also focus on expanding geographically in the offline space. Right now, CouponDunia is present in 7 cities and is looking to move into many more cities starting with Hyderabad. Similarly, it has rolled out the FMCG offline segment in Delhi, Bangalore and Mumbai, which it will expand to other cities as well.

When asked about the growth targets, Ankita stated that the firm is growing robustly, and as such it has not set any targets per se. “However all I can say that we are doing 20k transactions on a daily basis and we would want to push that number higher. And with our foray into the FMCG sector, we are anticipating the rise will happen soon,” she added.

Boston Consulting Group and Retailers Association of India’s report titled, ‘Retail 2020: Retrospect, Reinvent and Rewrite’, states, India’s present retail market size stands at $600 Bn and is expected to touch $1 Tn by 2020. The retail spending in India’s top seven cities, currently, amounts to $57.56 Bn, with an organised retail penetration at 19% in 2014. In tapping this market, CouponDunia will face competition from other couponing, cashback and deals sites such as Cashkaro.com, CouponRani, Groupon and  Mydala .

Coupon aggregators Coupon Machine and Couponraja.in picked up funding of $140k and $500k respectively this year. Last October, Mumbai based coupons and online deals portal, PriceBurp.com, raised over $100K in a funding round led by Bright Ventures B.V.

But CouponDunia is not bothered by the competition. Says Ankita, “I would like to reiterate that no other player is doing both online and offline couponing at the scale we are and so we are pretty much ahead and well established in this space.”

CouponDunia was acquired by TimesInternet in 2014 for an undisclosed amount. The firm retained its distinct brand identity and continues to operate under the leadership of CEO Sameer Parwani. Times Internet incubated TimesDeal, meanwhile has merged into CouponDunia. Becoming a part of a large media company has given CouponDunia synergies in operations as well as economies of scale. Especially in the FMCG business, where it has routed its foray into the FMCG space with the Times newspapers. However, as far as structural changes are concerned there have been none, says Ankita. “We have complete operational freedom and CouponDunia retains its distinct brand identity under the Times Internet umbrella.”

One major plus point of this acquisition has been the skyrocketing popularity of CouponDunia. A quick look at Google trends will point out this fact. If earlier, young people, tech geeks and college kids were the ones who were majorly resorting to couponing, now almost everyone is doing it. Hence, brand recognition has been positively affected post the acquisition.

On a monthly basis, the firm is witnessing about 5 Mn visits to the site. Similarly, the CouponDunia app launched last year has seen downloads to the tune of 5.1 Mn as well.

“Couponing” as a “phenomenon” has grown recently in India. In his blog post on Inc42, Sameer had traced the evolution of couponing in India.With the exception of Domino’s, couponing in India did not become a “thing” until the emergence of online shopping. And now, with the boom in the ecommerce segment, it is here to stay.

Sameer added, “ A combination of forces is now driving couponing into the offline world: users having fallen in love with couponing, organized retail has grown. Offline business owners have seen how coupons have helped online retailers. Plus having a smartphone in your pocket has allowed coupons to become hyperlocal increasing the likelihood of redemptions and even making it worthwhile for small individual business to offer coupons.”

Speaking of challenges, Ankita says they could be either from the customer end or the merchant end. “From the customer end, there were misconceptions that we battled about general education and awareness in applying the coupons. Many a times, customers fail to activate the coupon, or apply it to a wrong product, which results in the coupon not working. This gave rise to the misconception that the coupons normally don’t work.”

She adds, “On the merchant side, many a times we have seen that due to a high attrition rate, particularly at restaurants, many new hires would not know about the merchant’s partnership with CouponDunia, and thus, won’t be able to help customers redeem the coupons. We tackle this problem by providing them on ground training. Also, our post sales team keeps a track on this.”

A recent survey by Cuponation pointed out the fact that 95% of Indian shoppers spend substantial amount of time to find the best deal and 92% of surveyed people mentioned that discounts are the biggest driving factor of online shopping. This clearly explains the fact that how quickly has the Indian shopper taken to couponing. It’s no more a bonus, but rather a requisite for shoppers these days. No wonder, CouponDunia and the likes are now aggressively making roads into the offline space, where still the majority of transactions take place.

By resorting to combining offline and online services, CouponDunia seems well on track to its scale faster than its competitors. The move will also enable it to improve customer engagement, brand’s presence and credibility, something which is imperative as the competition amongst players increases.