Mumbai-based coupon aggregator, CouponDunia has announced the launch of coupons for in-store shopping at local malls and high streets along with a corresponding total revamp of their website and app. Now users shopping in malls etc. will be able to locate coupons on Coupondunia for the nearby shops.

Founder & CEO CouponDunia, Sameer Parwani says, “We have realised that through online shopping, we are catering only to a small portion of our potential user base. 98% of the transactions still happen at offline stores and we hold a vision to provide easy deals at every store, our users walk through.”

Company has also revamped its website and application from scratch, to offer a very distinctive set of services: 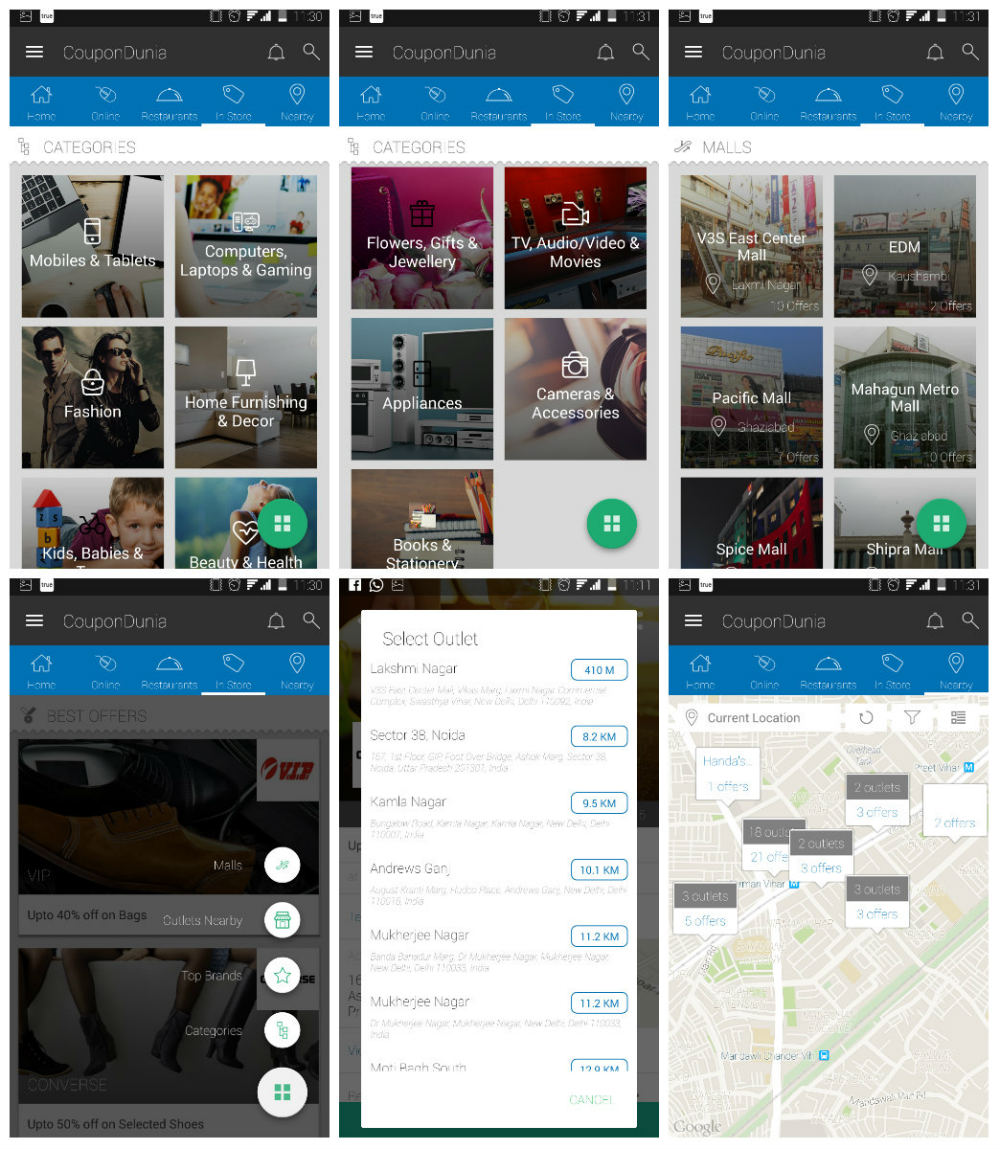 CouponDunia was founded by Sameer Parwani in 2010. The company was acquired by Times Group for an undisclosed amount, in May 2014. Since then, CouponDunia has grown leap and bound in both numbers and men. Today, this 190 people strong team has ventured into various verticals and also plans to launch FMCG(Fast Moving Consumer Goods) couponing soon.

Talking of the future plans, Sameer says, “ We will be soon expanding into offline store categories like grocery, beauty, entertainment and more. He also added, “ In the next couple of months, app will also be available in Hyderabad and Kolkata, followed by few other cities by year end.”

The Indian retail industry accounts for over 10% of the country’s gross domestic product (GDP) and around 8% of the employment in India. The country is today the fifth largest global destination in the world for retail and also, one of the most dynamic and fast paced industries as several players have started to enter the market. ( as reported by ibef.org)

With the launch of in-store coupons, CouponDunia has created a hybrid model for couponing (already applied in niche ecommerce by companies like HealthKart, FirstCry, LensKart and FabFurnish). Under Hybrid model, retailers open both offline and online stores to improve brand presence. Working on the similar lines, CouponDunia has started both offline and online coupons, rendering to a merger of online and offline services.

Combining offline and online services carry the enormous potential to improve customer engagement, brand’s presence and  credibility. Same has been the reason behind recent boom of Hyperlocal market and will probably be the game changer for couponing industry too.