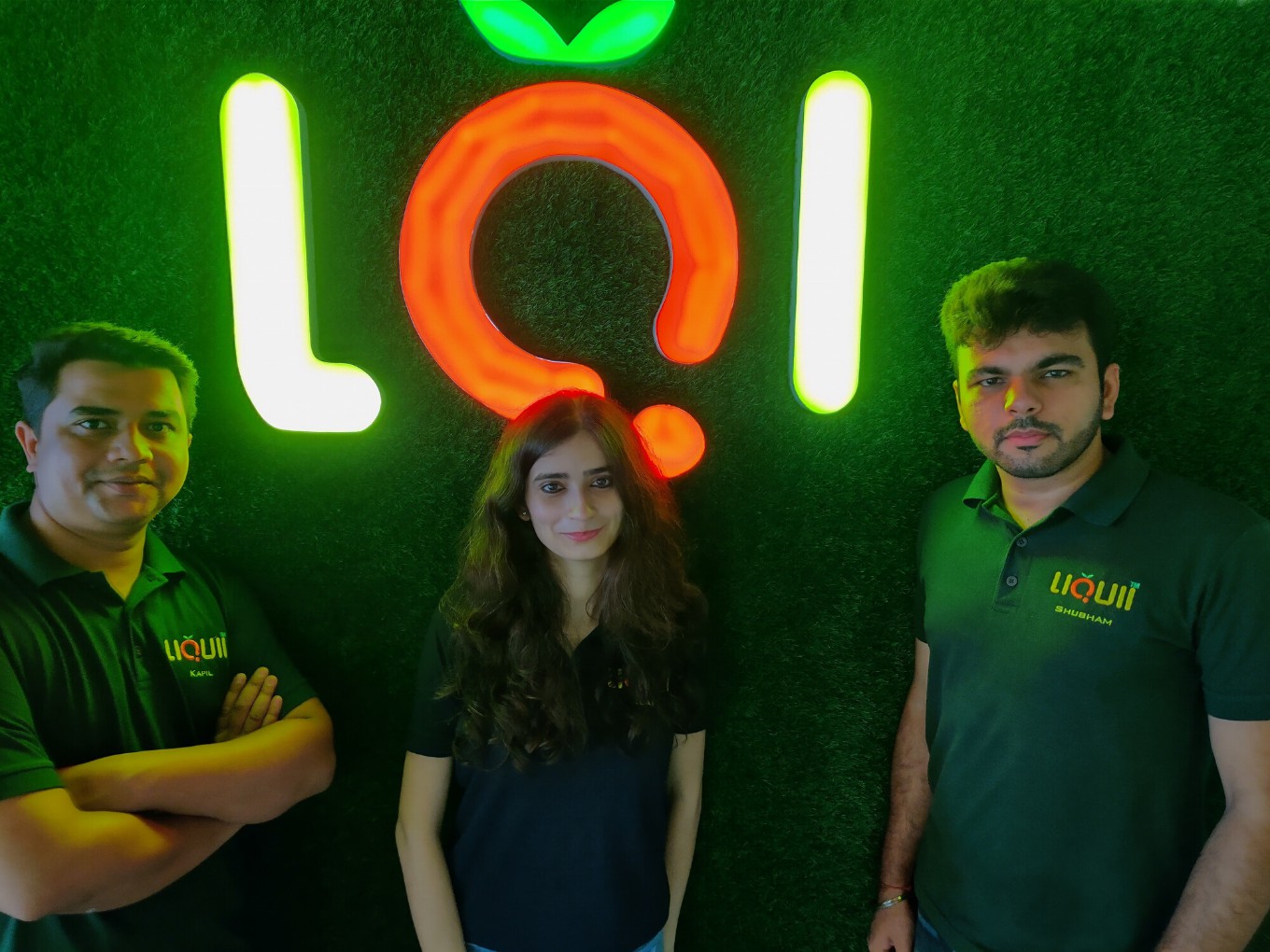 With cloud kitchens and food delivery ruling the urban landscape, restaurants in Indian have had to focus on efficiency — not just in terms of costs, but also in wastage and inventory.

And as cloud kitchens introduce the millennial and the Generation-Z population to newer cuisines and tastes, the range of fresh produce and raw materials needed for restaurants has grown tremendously. And to meet this demand, food supply chain startups are striving to solve the distribution of raw materials, packaged food items, fresh produce and more.

According to Statista, India’s food and beverage industry makes up around 40% of the country’s packaged-goods market. Further, the food and beverages industry’s market size is estimated to reach around $46 Bn in 2020.

Within the growing market, a big trend is towards health-consciousness epitomised in the rise of fitness and wellness startups such as HealthifyMe, SARVA, Curefit and health food brands such as Healthie, EatFit, Grab A Diet and more. And while many of these are targeting holistic wellness and nutrition, one of the fastest-growing categories within the health food space is healthy beverages.

Both are pre-packaged and have differing shelf-lives, but are ready to consume, so while restaurants can definitely sell them, it doesn’t create real differentiation for them. What does give restaurants an advantage are custom-made cold or frosted healthy beverages, which often help create a stronger brand connect with consumers.

That’s the advantage that LQI (Life Quality Index) wants to give restaurants, along with cost-savings such as improved inventory visibility and low wastage. Gurugram-based LQI’s proprietary technology for making frosted beverages from fresh ingredients (no added colours or preservatives) promises a shelf life of three months for the raw material, that can be made into custom beverages by restaurants and food chains.

LQI’s fresh concentrates or come in three categories including fruit juice, smoothies, and milkshakes — which can be mixed with water, soda, curd or milk, depending on the drink type to make an instant drink, much like the famous beverage brand Rasna, but unlike Rasna, which uses artificial flavours, LQI only uses fresh ingredients for its products. And solving this challenge of getting food inputs with fresh and natural ingredients and long shelf life has helped LQI get a competitive advantage over ready-to-drink brands.

The Delhi NCR-based company was founded by Palak Kapoor, Shubham Khanna, and Kapil Kumar in 2016. LQI has recently raised a $200K seed funding round led by Madison Capital along with a clutch of investors including popular Indian singer Sukhbir Singh; COO of Adani Reality, Shyamrup Roy Choudhury; Vice President of OLA, Rahul Maroli and others. It had raised angel funding from Innov8 founder Ritesh Malik in 2016.

Through its manufacturing plant in Arjangarh, LQI manages the entire process from raw material procurement to dispatch of frosted beverage packets. The company claimed to have earned $35K in revenue last year.

The Tech Behind Tasty Drinks

On the face of it, the beverages market might seem basic to observers with no real technology involved, but there is, in fact, a lot that goes on behind the scene, primarily to make these beverages market-ready. And this also determines the distribution strategy for beverage brands.

In the case of Raw Pressery, the churn rate for new orders is high and naturally, the brand’s products are a cut above the rest in terms of pricing. For Paper Boat, the technology that helps keeps its juices safe for months, allows it to have a more traditional supply chain for beverage distribution. So Raw Pressery ties up with restaurants, delivery companies and supermarkets to sell to customers through food and hyperlocal delivery orders, while Paper Boat goes for a more traditional retail experience like Coca-Cola or Pepsi might.

LQI bypasses these routes and goes straight to restaurants. Its manufacturing tech allows it to create mixes without preservatives or other adulterants, and it sources raw ingredients and fresh produce directly from farmers. Kapoor said the company procures so-called ‘Type B’ fruits from farms in bulk quantity — these might not look good and are hence rejected by retailers, but are of perfectly good quality.

Liquii uses a patent-pending process of deconstructing fruit into juice and pulp and reconstructing it back in a zero-oxidation environment. “Along with this, we use a 100% recyclable barrier packing with a unique polymer to prevent the product decomposition happening due to change in temperature. This is further coupled with the blast freezing technology to deliver fresh products to our consumers,” Kapoor added

Its client base of over 100 restaurant chains includes the likes of Pita Pit, Innerchef, Burgrill, Wat-a-Burger, Doner and Gyros, Coffee Bond and others. Kapoor said LQI wants to expand its B2B client base to around 500K outlets in another year.

The B2B Route To F&B Success

Currently operating on a business to business (B2B) model, LQI aims to ease the process of inventory management in food and beverages sector. Talking to Inc42, LQI cofounder Kapoor said,  food chains have to maintain raw material inventories at all their outlets, at all times — this increases the risk of material wastage as most of these ingredients are perishable goods.

With LQI, restaurants don’t have to worry about wastage of raw materials. If a brand orders 300 smoothie packs from LQI, they will have a clear picture that 300 packs will make 300 smoothies, neither 299 nor 301, thus saving their inventory costs. LQI packs also help businesses to save talent cost, as they don’t have to invest in hiring a special person or chef to prepare smoothies.

Kapoor also added that LQI packs allow restaurant chains to standardise the taste and quality of their drinks across locations, along with the option to ask for customised LQI packs. On choosing to sell to businesses instead of directly to consumers, Kapoor said that the problem is that the beverage industry has huge competition in the consumer space, and underlying factors such as shelf cost, distribution and margin were among her other concerns.

“We wanted to first create some brand recognition for LQI and then look at other plans to expand in the B2C space.  Wherein we would like to create a separate range specially designed for kids and more,” she added.

The Competition From Big Brands And LQI’s Advantage?

Of course, the point about competition is the biggest barrier for LQI. Startups like LQI come up against conglomerates such as Dabur (Real Juice), Coca Cola, Patanjali, and PepsiCo (Tropicana) in India. Despite being one of the world’s largest beverages market, the key to success is distribution, which these bigger brands have established already.

New-age startups also come up against the challenge of affordability due to the high dependency on high-quality products — in the case of LQI, it’s the fresh raw materials —  or the high cost involved in packaging innovations. And this cost will only go down once the startups achieve scale and expand their market share in India. That’s the vicious circle that beverage startups in India are trapped in. Without scale, the cost of production cannot be managed and as a result, healthy beverage brands still remain a premium proposition for India’s middle-income consumers.

LQI’s advantage is that it’s not yet looking at the ready-to-drink market, and is, in fact, going after the middle layer in the food chain with restaurants. This allows it to achieve greater pricing flexibility. Its fruit packs are priced at INR 40 per unit, milkshakes between INR 50-55 per pack and smoothies will cost restaurants about INR 62-65 per unit, and the selling price of the beverage absorbs this cost, while making sure that restaurants don’t over-order produce and thereby waste it, or price their healthy products out of reach of average consumers.