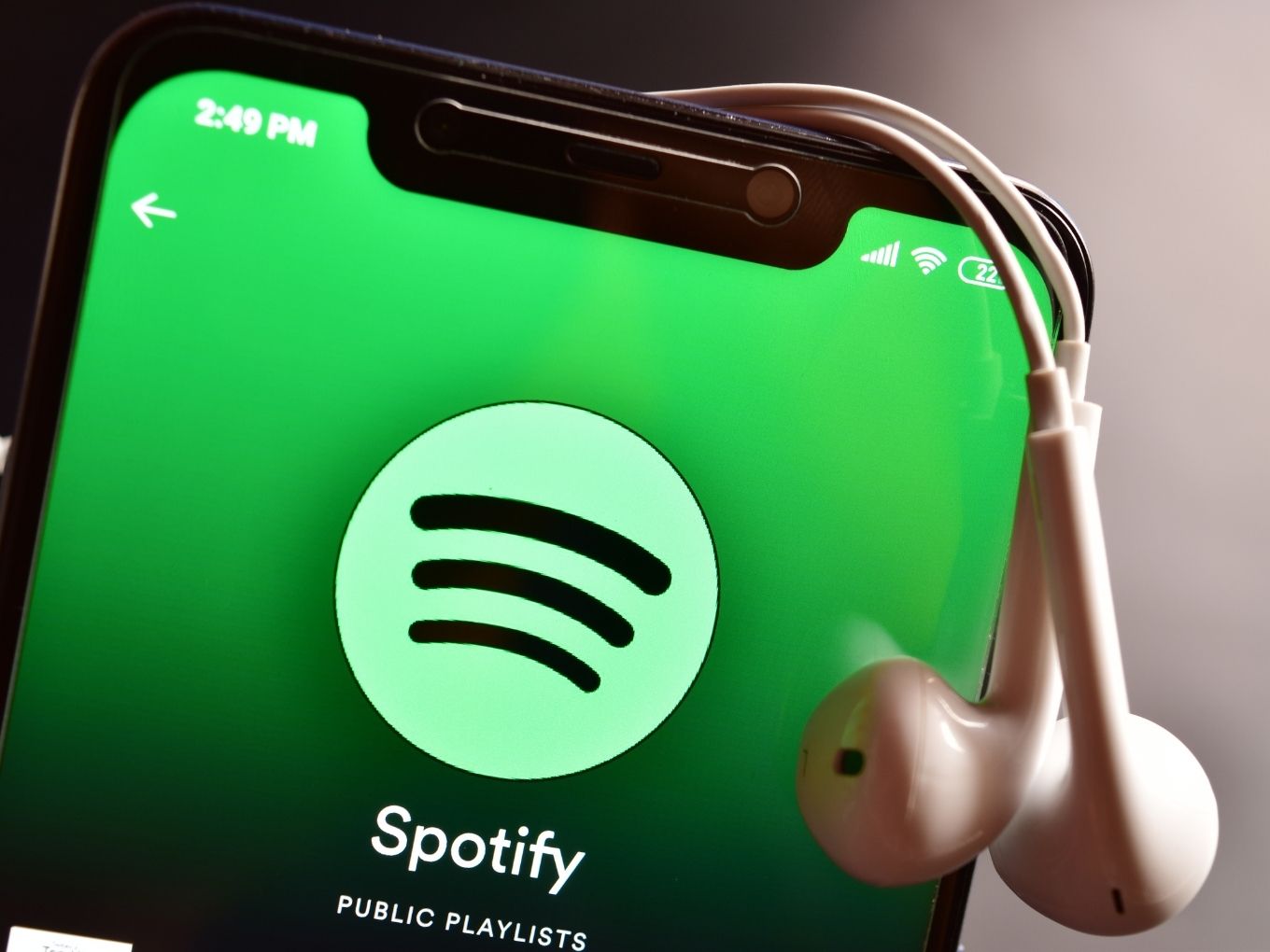 Spotify is looking to India for its next phase of growth because of India’s internet revolution, large potential user base and strong music culture

Despite its late entry into a hyper-competitive market, Spotify has been able to dominate the Indian music streaming market due to its strong focus on localization, i.e. adapting its product to the Indian market

Spotify has been able to build a large and highly-engaged user-base by focusing on localizing not only its content and curation, but also various aspects of its business, including marketing campaigns, pricing strategy and product decisions.

With hundreds of millions of Indians coming online for the first time, India is in the midst of an internet revolution that is transforming the country into a technology-driven society and digitally-enabled economy. Unsurprisingly, global technology giants have recognized the potential of India’s digital revolution as an opportunity to capture growth – especially given India’s enormous population, democratic society and free-market economy.

Spotify, the Swedish audio streaming OTT giant with 320 Mn monthly active users, is one such tech company that views India as its next big driver of growth, and is looking to capitalize on the country’s explosive growth in internet users, as well as surge in internet consumption.

Technology companies like Spotify are interested in tapping into the Indian economy not only due to India’s 740+ Mn internet users – which outnumber the populations of the US, UK, Germany, France, Italy & Japan combined – but also because of the tailwinds that are rapidly bringing the remaining ~46% of the population online, i.e. the proliferation of low-cost wireless internet data and cheap smartphones.

Average wireless data prices have fallen 96% from INR 270 to INR 11 (2014-2020), resulting in a massive spike in data consumption. The average Indian internet user consumes 36x more data per month today compared to 2014. In fact, the 11GB per user per month of data used in India is more than that of Central Europe, Eastern Europe, Middle East & North Africa combined.

The growth in internet subscribers and data consumption is expected to continue. By 2025, India will have more than 1 Bn internet users that will consume 60% more data per user per month than they do today.

Digital Love: The Rise of Music Streaming in India

Besides the strong growth in internet users and data usage, Spotify is also interested in India due to its strong music culture, as well as the promise the country has shown in consuming digital content.

CEO Daniel Ek has claimed that one of the key reasons to enter the country – despite a crowded audio streaming market – is India’s “incredibly rich music culture.” In fact, a survey conducted by IFPI, the global industry body for the music recording industry, has indicated that 80% of Indians consider themselves “music fanatics” – which is significantly higher than the global average of 54%. Additionally, the average internet user in India spends 21.5 hours listening to music every week, as compared to the global average of 17.8 hours.

Therefore, it is unsurprising that India witnessed an influx of players into the audio OTT space, including domestic players such as Airtel (Wynk), Reliance (JioSaavn) & Times Group (Gaana), as well as global behemoths like Apple, Amazon & Google. Due to the influx of music streaming services, as well as demand drivers such as cheap data and high smartphone penetration, the music streaming segment now contributes 73% of total revenue for the Indian music recording industry (2019) – up from 33% of total revenue in 2014.

After delaying its launch due to licensing issues with record label Warner Music Group, Spotify launched its service in India in February 2019. Despite Spotify’s position as the global leader in music streaming, the Indian music industry and the business community were sceptical of Spotify’s ability to succeed in the crowded and hyper-competitive Indian market.

Many assumed Spotify would not be able to recover from its late entry into the Indian market, as there were already 15 players – many of which had deep expertise in navigating the Indian market – competing in the music streaming space when Spotify launched in India. Additionally, when it launched, Spotify was unable to secure licences for the song catalogues of leading Indian record labels like Saregama and Shemaroo and had legal disputes filed by global and domestic record labels in the Bombay High Court.

Critics also justified their bearish view on Spotify’s entry into India by making parallels to Netflix’ entry into India in 2016. Despite being the leading global video OTT platform, Netflix has been unable to capture significant market share in the hyper-competitive video streaming market in India, and has lost out to local players like Hotstar. Many assumed a similar fate for Spotify as well, especially since it too is a premium brand competing with local players and global tech giants in the crowded OTT space.

Tougher Than The Rest: Spotify Dominates Despite Heavy Competition

Despite the scepticism by the industry and the competitive landscape, Spotify has been considerably successful in cementing itself as leading player in the Indian audio streaming market in a relatively short time-frame.

When Spotify launched in India in February 2019, JioSaavn was the undisputed market leader with almost 10x Spotify’s Monthly Active Users (MAU) at the time. Domestic players like Wynk and Gaana, as well as international players like Apple and Amazon also commanded substantial market share.

However, due to its strong focus on localization, Spotify soon eclipsed Apple & Amazon in terms of MAUs, and slowly chipped away at the dominance of the domestic players in the market. By September 2020, Spotify, with 42.1m MAU, had overtaken Gaana (41.1m MAU) and was trailing slightly behind Wynk (43.1m MAU) and JioSaavn (44.9m). In fact, as Spotify increased its market share, both JioSaavn and Gaana witnessed a decline in MAUs by 28% and 27% from their peaks, respectively, as revealed by App Annie.

Besides capturing a significant share of the market, Spotify has also been able to build a highly-engaged user base in India. Spotify users, on average, spend significantly more time on the app and use it more frequently, as compared to users of other music streaming platforms. In fact, users spend twice as much time on Spotify on average than they do on JioSaavn and use the Spotify app almost 3x more frequently, as compared to JioSaavn, as per App Annie.

Spotify has been able to build a large user-base of heavily-engaged users in India because of its strong focus on localization, i.e. the process of adapting a product to a specific market. Cecilia Qvist, Spotify’s Global Head of Markets, has stressed on the company’s focus on “local adaptation” by working closely with “local teams of researchers, engineers, and cultural tastemakers” to ensure the app is “loved, used, and favored by people all over India.”

In fact, when it launched in India, Spotify announced — “all-new features that are finely tuned to Indian music fans’ personal tastes” in order to deliver the Indian consumer “a custom-built experience.”[15] These new features included basic changes like allowing for multi-language music recommendations to cater to the millions of Indians who speak several regional languages, as well as more nuanced modifications to adapt its product to the tastes and preferences of Indian music listeners.

Spotify has successfully localized its playbook on curating and recommending playlists to drive engagement and adapted it to the Indian market. When it launched in India, Spotify not only added new playlists like ‘Indiestan,’ ‘Namaste Love,’ and ‘Bollywood Butter’ that are curated and regularly updated by a team of Indian music experts, but also, introduced its ‘Starring…’ playlist series that features music from the most popular Bollywood, Tollywood, Kollywood, and Punjabi actors – a feature that shows Spotify recognized that the Indian film and music industries are closely intertwined and that many Indians discover music by watching films. Similarly, Spotify has launched original podcasts that are produced in India and cater to the Indian audience, covering topics like Bollywood, cricket and local pop culture.

Spotify has not only localized its global product for Indian users, but also recognized that India is a diverse country with many regional differences, including in tastes and preferences in music. The audio OTT platform’s algorithmic ‘city playlists’ that track music trends across various Indian cities indicate Spotify’s focus on localizing its content and curation within the Indian market as well. Moreover, Spotify has built a strong community for local and regional artists by promoting its ‘Spotify for Artists’ platform heavily in India and has helped local and regional artists get discovered by users across India (and the globe) by leveraging user data and proprietary machine learning algorithms.

Besides localizing its content and curation, Spotify – unlike many global technology companies that enter India – has also taken many business decisions to serve the Indian market. In order to cater to the notoriously price-sensitive Indian user, Spotify launched in India with a price of INR 119/month, which is more than 6x cheaper than its monthly plan in the US and in line with the prices of Indian competitors.

The company also realized early on that in order to cater to the Indian masses it needed to offer an alternative to its regular subscription method, i.e. plans that auto-renew and are paid for via credit cards. Spotify offers pre-paid plans in India that allow users to pay for its service on a daily, weekly or monthly basis, as needed, via digital payment systems like Paytm – a strategy that highlights Spotify’s understanding of how Indian consumers spend money online.

Additionally, when it launched in India, Spotify announced that it would allow its ad-supported smartphone users, i.e. those using Spotify for free on a smartphone in India, to have “full control” and access the entire Spotify library on-demand – a first for the company that shows it is willing to take tough business decisions to attract Indian users onto its platform. Spotify also launched Spotify Lite, a “small, fast, and simplified version” of its app for Android users in various markets, including India. Spotify Lite not only takes up less space on users’ phones, but also allows users to listen to music on slow networks and set limits on the amount of data that the app can use – features that are tailor-made for users from emerging markets like India.

Spotify has also extended its ethos of localization to its marketing campaigns, using hyper-local advertisements to build a strong brand in India. In fact, Spotify attributes its outperformance in growth in India to its “strong performance from marketing campaigns in the region.” Campaigns such as ‘there’s a playlist for that,’ with witty hyper-contextual one-liners that vary not only by region, but also by city and neighborhood, have helped Spotify capture a diverse set of users across 2300 cities in India.

Due to its strong focus on localizing not only content and curation, but also various other aspects of its business, Spotify has been able to become a market leader in the Indian music streaming industry – outperforming local players, as well as global technology giants. Only time will tell if the music streaming service can retain its dominant position in the market, but its India-first strategy over the past 2 years is a positive signal that Spotify is here to stay.