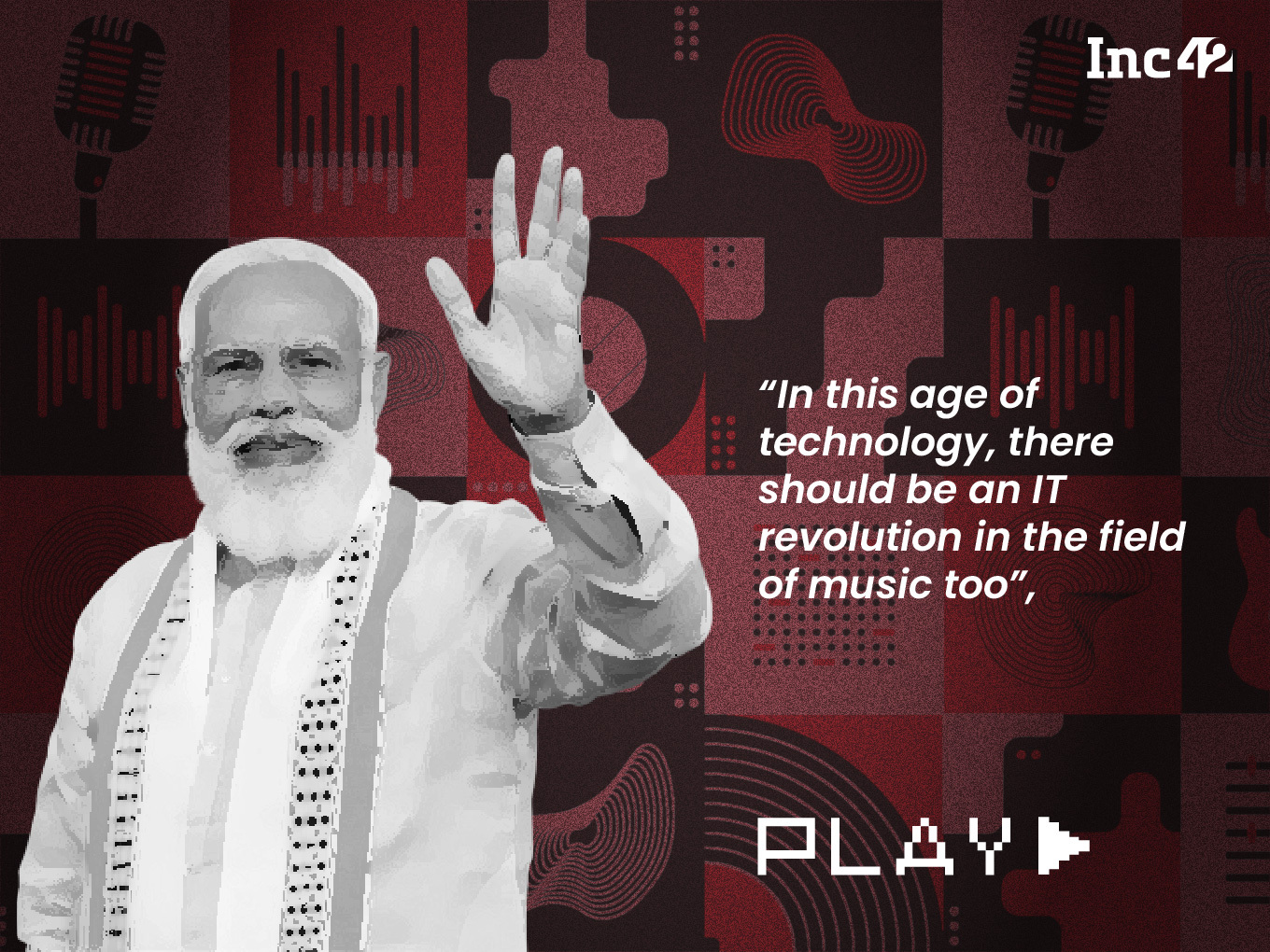 “In this age of technology, there should be an IT revolution in the field of music too”, says PM Modi

The user penetration in India continues to hover around 4.3%, way below countries like the US where it is 30.2% or UK where it stands at 27.5%.

Prime Minister Narendra Modi has urged the country’s entrepreneurs to create startups dedicated to Indian music. He further added that these startups should be based on Indian musical instruments and traditions.

Speaking at the online event to mark the launch of Pandit Jasraj Cultural Foundation, PM Modi said that, “In an age where technology is all pervasive, there should be an IT revolution in the field of music also.” He further added that, “Our guru-shishya tradition should be maintained but there should be value addition through technology.”

Addressing the virtual event, PM Modi stressed on the need to take Indian music to the global stage. He said, “We hear about globalisation but its definition is centered around the economy. In today’s age of globalisation, it is our responsibility that Indian music makes its mark and has an influence globally.”

The Foundation is named after Pandit Jasraj who was a doyen of Indian classical music. He was the recipient of many prestigious awards, including Padma Vibhushan and Padma Shri. He died in 2020 following a cardiac arrest at his home in U.S’ New Jersey.

PM Modi’s clarion call comes amidst a major upheaval in the music streaming sector. Despite the recent growth, the music streaming market in India is still in its nascent stages. The user penetration continues to hover around 4.3%, way below countries like the US where it is 30.2% or the UK where it stands at 27.5%.

The space is fragmented with over a dozen players operating in the space. The major players include Wynk Music, JioSaavan, Spotify and Gaana.

Between January and November in 2021, Wynk Music recorded the maximum number of similar views on Google Play Store — a total of 489.6 Mn. According to AppTweak, similar views present an estimated number of impressions an app gets when it appears under the ‘similar apps’ suggestions on a competitor’s page. On the other hand, Gaana bagged the second spot, clocking around 327.7 Mn ‘similar views’.

Interestingly, Pune-based music startup Ragya streams Hindustani classical music on its platform. Founded in 2014 by Aditya Dipankar, Samyukta Shastri and Chaitanya Nadkarny, Ragya has over 6 Lakh listeners across the world.

Globally, the confluence of music and tech has created many innovative startups. For example, Atlanta-based Music Breakr connects social media influencers with artists, similarly, U.S-based startup, Rapchat, offers its online recording studio to aspiring rappers who want to make music on their phones and Splice offers its music library and production tools to its users.

The global musictech sector has over 3,600 startups with an overall funding of over $13.6 Bn. The industry is headlined by China’s version of Spotify, NetEase Cloud Music, which achieved the elusive unicorn status back in 2017 and is valued at $1.16 Bn.

While there is a need to do much more, the call from PM Modi can help spur some development in this field. Indian music is a treasure house and Indian entrepreneurs should leverage this to export home grown music across the globe.