How Startups Should Tackle The Upcoming Downturn 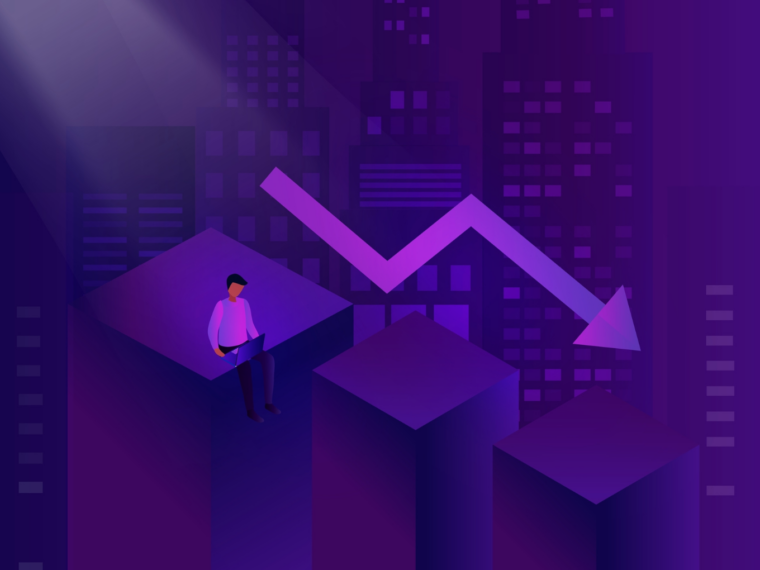 Indian startups raised more than $2.7 Bn through mega anchor investments as well as pre-IPO rounds and $7.36 Bn through IPOs in 2021

The combination of a pandemic, market slowdown and escalation of the oil wars has brought the bull run to a halt

With the looming threat of a downturn, startups need to be prepared for bouts of economic turbulence in order to last

The last decade has been especially good for startups amidst a bull run and record highs. However, the combination of a pandemic, market slowdown and escalation of the oil wars has brought this run to a halt. Shortly followed by the DOW dropping 2000 points, a first since the 2008 recession, the Indian startup ecosystem is definitely headed for a downturn.

As the Federal Reserve looks to combat the inflation that has hit a 40-year high, it has unwound almost a decade of stimulative monetary policy. As a result, the market is going to experience a systematic re-pricing of both capital and risk. Startup valuations too are not immune to this as all financial markets are ultimately interconnected.

The monetary policies of the last decade have been quite spectacular for investment in startups. So far it had been the Federal Reserve’s policy goal to get people to take more financial risk, which would in turn hopefully stimulate the economy. However, as the monetary tide has begun to recede, major implications now exist for startup capital and valuation.

What Does This Mean For Indian Startups?

In the Indian context, the rupee is at an all-time low at INR 77.18, with the possibility of hitting INR 80 very soon. As a result of this, the RBI will be forced to increase interest rates, and concurrently the decline in currency is going to make inflation even worse.

Another impactful factor will be that globally, oil companies are going to be forced to hike oil prices even further. The interest rate hike by the US is going to have a definitive impact on global capital liquidity. It will lead to an increase in borrowing costs which in turn will impact business expansion and economic recovery.

A direct impact of this will be felt in venture capital becoming harder to access due to VC funds having less money and a global shift to fiscal contraction.  The brunt of which will be felt by Indian startups in the following ways:

During a recession, any early-stage startup (at a Series A or prior) will find it hard to keep itself afloat. As businesses cut costs, startups may end up finding it much harder to get deals inside the door, in the face of budget cuts. This impacts the ability to raise subsequent rounds at a scale that is large enough to support startups. With the possibility of a recession looming ahead, it is imperative for startups to start generating enough growth that could help them reach a particular point of profitability.

Back To The Basics

While the incoming recession may not be a cataclysmic event like the global financial crisis of 2008, there still looms a possibility of a prolonged economic slump and significantly higher interest rates.

For tech startups to get back on track, the IPO market, which currently is trying to wait out the volatility, needs to make a comeback. After the recent decline in the shares of listed startups, the wait for market sentiment to improve or to reduce the offered size has become the actual concern.

If you look at the figures, Indian startups raised more than $2.7 Bn through mega anchor investments as well as pre-IPO rounds and $7.36 Bn through IPOs in 2021. Whereas there has hardly been any major listing of tech startups on the stock exchanges in the first few months of 2022.

With the looming threat of a downturn, here are some golden policies that a business should adopt in times of financial crisis, which would help them keep afloat.

A reset in capital flows and valuations definitely has huge implications for startups. This means that most companies now need to recognise that the market is probably beyond the peak of cheap and plentiful capital.

As unpopular as the opinion may be, founders today need to accept that the valuation metrics are going to continue changing, and the comps from even a couple of months ago, no longer hold validity. Scrutinising expenses and the basics of entrepreneurial wisdom like lean startups, remaining profitable etc. will start to hold true again.

After all, startups are not just about driving change, they must also successfully respond to change. Looking at the global financial scenario today, startups need to be prepared for bouts of economic turbulence, in order to last.