Why Hardware Incubators Are Critical To The Future Of Making Things

Why Hardware Incubators Are Critical To The Future Of Making Things 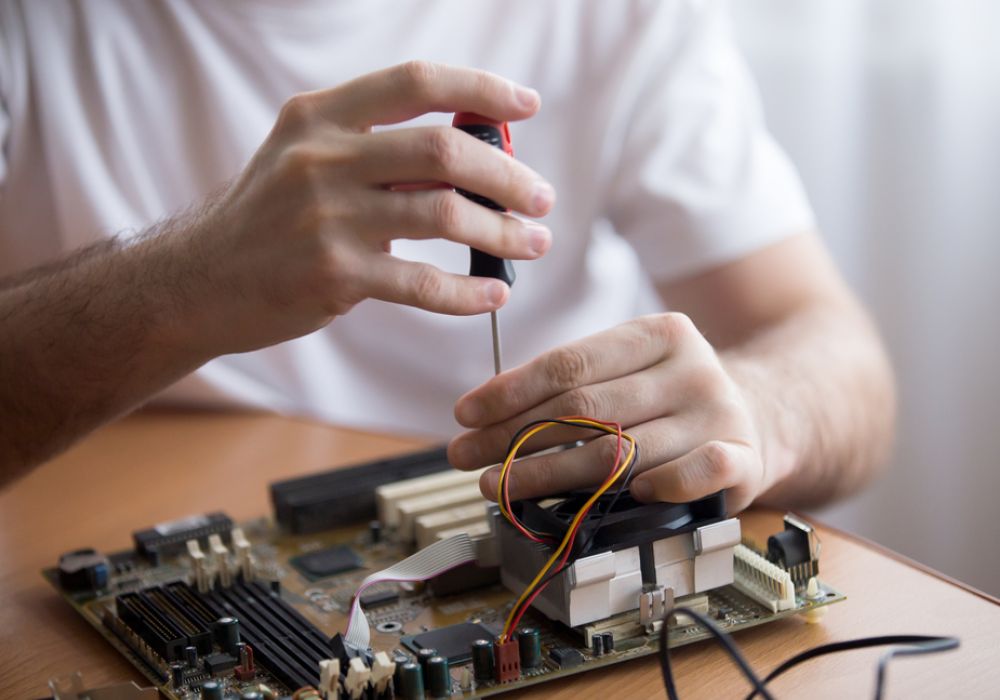 Hardware is hot — and poised to get hotter.  Venture capital investment in connected device hardware startups reached approximately $1.48 Bn in 2014, more than triple the amount two years earlier. Meanwhile, the ‘fairy tale’ acquisitions of Dropcam, Nest, Beats, and Oculus — and the IPOs of Fitbit and GoPro — fuel public interest and momentum for new startups in hardware.

Hardware is the new software.

The past decade made it increasingly easy for anyone with a bright idea to launch an app, thanks to the emergence of support factors as varied as crowdfunding, cloud infrastructure and open source communities like GitHub.

Today, an entrepreneur can just as easily bring a viable hardware product to market. Credit is due here to many of the same factors — but also to a new breed of facilities that allow people to turn their bright ideas into physical products more quickly than ever before.

These facilities range from hackerspaces and makerspaces — where a user can tinker away and build an initial prototype — to more sophisticated hardware incubators that can help individuals turn a prototype into a working, production-ready product within a matter of months.

While there are differences in how these spaces operate, their net effect is the same: they are subverting the traditional manufacturing model and spawning a new generation of innovative hardware startups in the process.

A Wave of Opportunity

Products like the Pebble smartwatch and the Nest thermostat — as well as other hardware innovations like SmartThings or littleBits — are proof positive that the next great hardware products won’t be born within the walls of large, traditional corporations, but in garages, makerspaces, and hardware incubators. More importantly, they’re also showing the inherent connectedness of hardware and software – something that any great entrepreneur will recognise.

The number of incubators and accelerators is growing quickly. While there are well over a hundred incubators for early-stage software companies, the number focussed on hardware has lagged significantly. In the last year, however, the number has grown from single-digits to upwards of two dozen in the US alone.

Europe and Asia are joining the fray as well with stand-out shops like Unternemertum and Hardware.co in Germany, and DMM in Japan.

Even well-known brands like Jaguar, Land Rover and Intel have taken note of this development and sought to emulate their nimble competitors by taking steps towards creating their own incubators. In doing so, these companies aim to support creative new entrepreneurs while rapidly pushing new ideas into reality.

A similar mindset can be found at the Los Angeles Cleantech Incubator (LACI), where accelerating innovation and reviving manufacturing is at the core of their mission.

I had the opportunity to catch up with Erik Steeb, LACI’s VP of Portfolio Company Programs, who told me: “LACI was started nearly four years ago to help create manufacturing jobs in the heart of Los Angeles, an area that was once a vibrant manufacturing center.” He then added, “Creating a lasting manufacturing capability via startups means getting design right early on, delivering an effective prototyping capability, and providing the necessary support and venture funding infrastructure required to help startups succeed.”

There have been enormous developments taking place within hardware incubators as part of a larger transformation in the making of all things.  New tools for prototyping and fabrication have become more accessible to everyone. At the same time, products are becoming aware and more interconnected — all as consumers expect a significantly more customised experience.

The nexus of these trends has spawned a new wave of entrepreneurs guided by a fresh philosophy of design thinking. It’s vital for larger companies to acknowledge the innovation taking place at this scale, and they would do well to build relationships throughout the hardware scene, focussing on incubators and accelerators in particular, as they are the greatest opportunity to help move the conversation forward.

There are exemplary innovation hubs in North America — like Highway1 in San Francisco, Bolt in Boston and AlphaLab in Pittsburgh, as pictured below — but this innovation extends to Europe and Asia as the movement grows globally.

Companies can contribute to the vibrancy of the ecosystem in several ways. For example:

“Entrepreneurs always remind us that hardware is hard, but one thing that makes prototyping a more seamless iterative process are the design and simulation tools made possible through our partnership with a company like Autodesk,” said Scott Cohen, co-founder and partner at New Lab in New York City.

“Our portfolio companies, such as FX Industries and Honeybee Robotics, are using all kinds of Autodesk software to go all the way from concept to real-world manufacturing. These robust software tools combined with our prototyping shop bring designers in close proximity to early prototypes and thus really accelerate the process of creating viable, impactful products.”

When building a new hardware product becomes as easy as making an iPhone app, we will have truly ushered in a golden era of innovation.  Our dead, dumb devices of today will give way to products that can add unimagined value to our lives.

Hardware incubators are playing a crucial role in making this new industrial revolution a reality, and it is incumbent upon all of us to continue to forge meaningful relationships that provide concerted support within the space. I’m excited to see how it unfolds.

500 Startups is organising Blueprint- A Hardware Workshop for founders and hardware enthusiasts in collaboration with Autodesk, in Bengaluru on November 19, 2016. Autodesk will be conducting a workshop on its Autodesk Fusion Platform, to teach startups how to use software for prototyping and product development. For more information and tickets go to bit.ly/BPblr500