[What The Financial] Will Focus On Gaming Change Hike’s Fortunes After Just INR 13K Revenue In FY20? 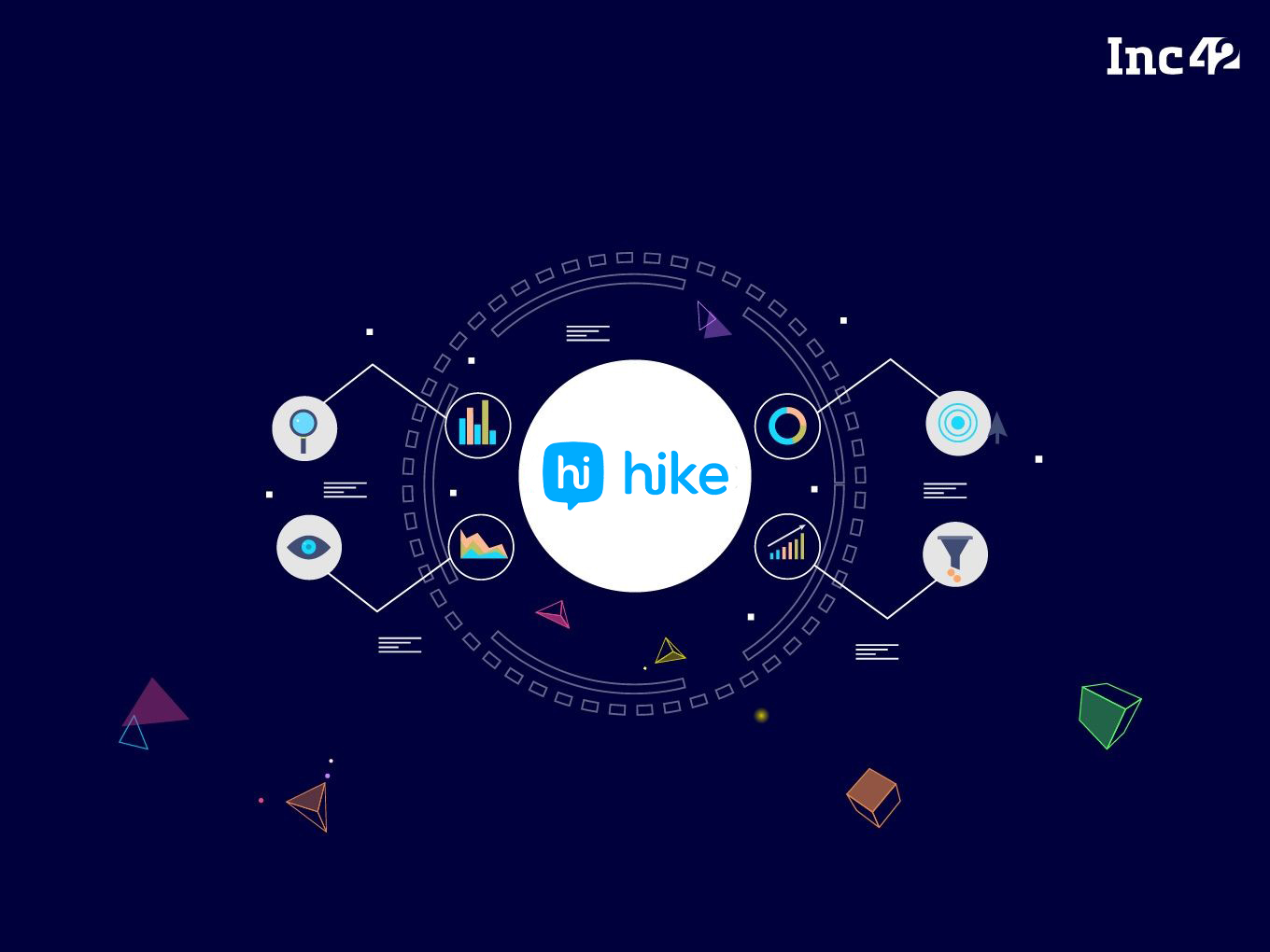 CEO Mittal, in an interview with Inc42, noted 2020 is going to be the year of revenue for Hike due to substantial growth

Messaging platform and one-time super app Hike reported an operating revenue of just INR 13,000 in the financial year 2020 that ended in March last year. And given this poor financial performance, the focus of the company has changed since then.

Founder and CEO Kavin Bharti Mittal decided to shut down the messaging business earlier this year to focus on two new products Vibe and Rush. But will these be the magic pill for Hike?

Hike’s total revenue was at INR 11.9 Cr, but almost all of this came from sources other than operations, such as interest income on fixed deposits, current investments and more. The messaging app’s revenue had declined 55% compared to INR 55 Cr reported in FY19 and 70% from INR 39.6 Cr reported in FY18. 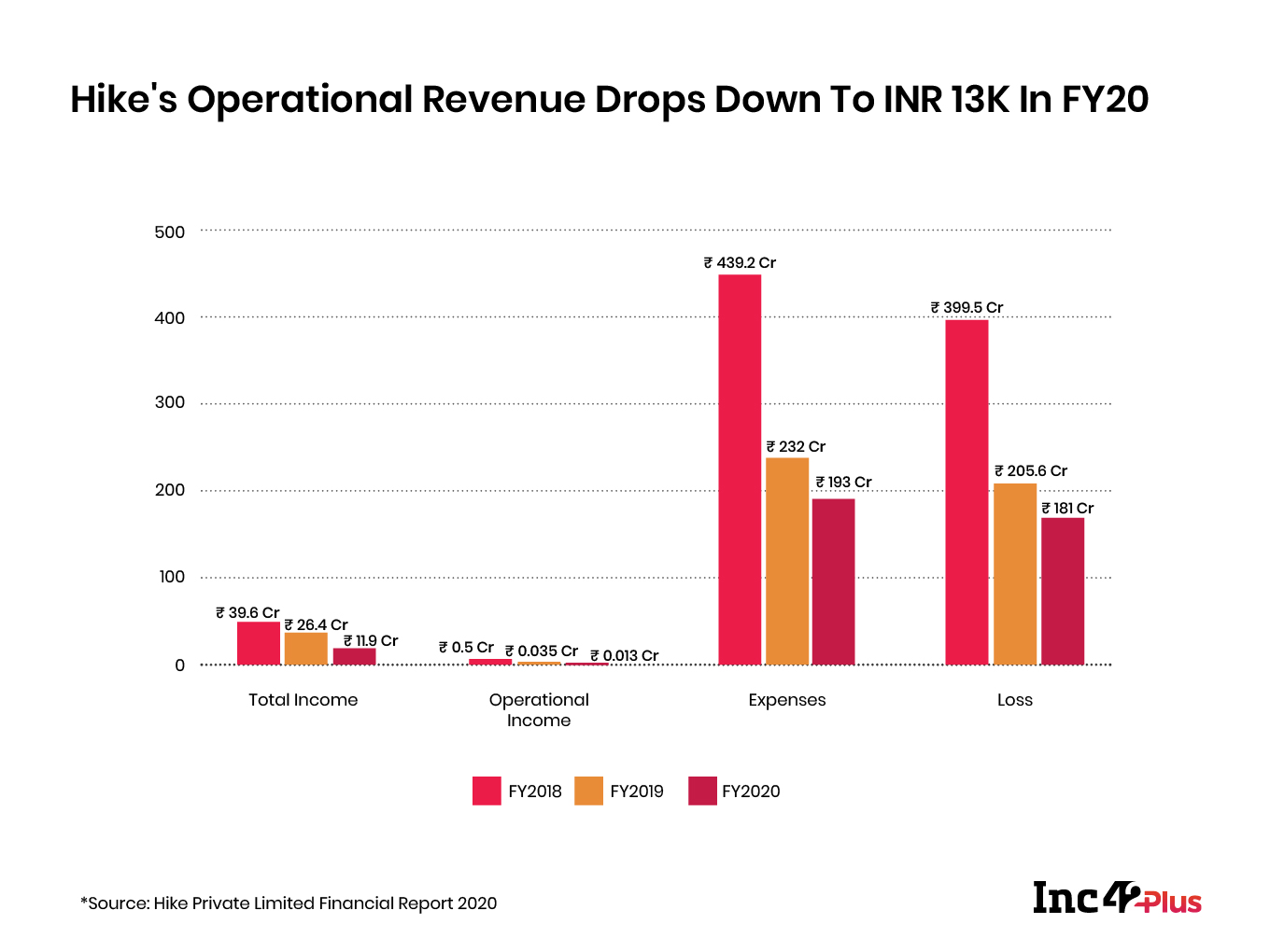 Hike’s expenses and losses have also declined in the last three financial years, but that was due to declining operations instead of growth in business. The company’s expenses were at INR 193 Cr in FY20, which was 16% lower than FY19 and 56% lower than FY18. The company’s losses also declined 12% year-on-year, from INR 205 Cr in FY19 to INR 181 Cr in FY20. Compared to FY18, the loss margin was reduced 55% from INR 400 Cr. 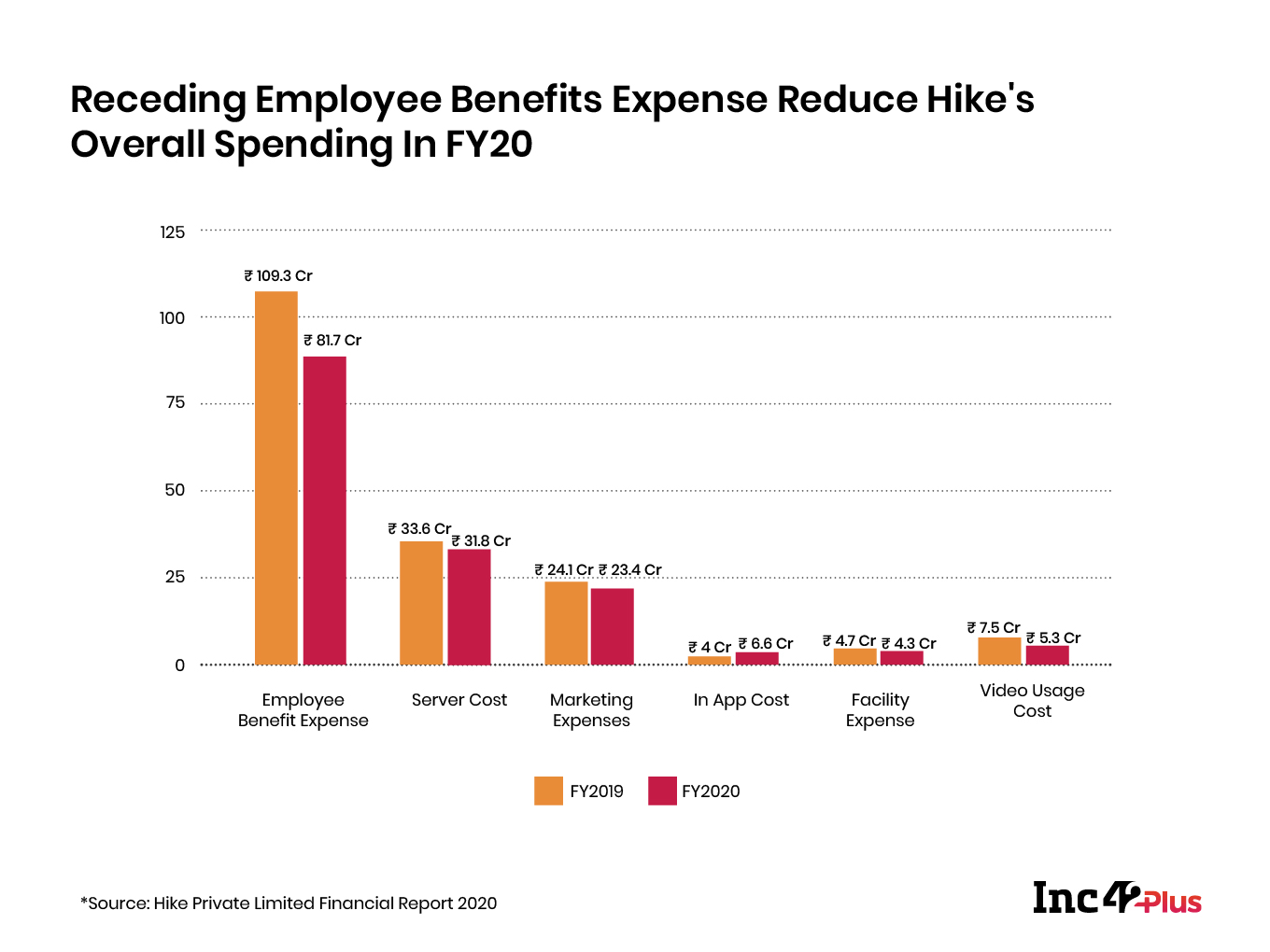 So the big question is will the pivot to Vibe and Rush change anything for Hike? Let’s see how the company has evolved so far to understand.

Hike Goes From From Unicorn To Also-Ran

The most interesting bit about Hike is the fact that it was valued at $1.4 Bn at one point and known as the fastest growing Indian unicorn, despite its inability to generate any operational revenue. Of course, this is being seen with the likes of CRED as well today.

In 2016, when media persons questioned Mittal about the stagnation of the company’s user base, he contended that the company “needed a critical mass” before it could monetise. By the time the decade had ended Hike claimed to have 100 Mn users. In an interview with Inc42 in December 2019, Mittal noted 2020 is going to be the year of revenue for Hike.

Over the years, it has also acquired three companies, namely Thought Mechanics, InstaLively and CREO in order to expand its business and invested in gaming platform WinZO in 2019.

The company had been adding new features and pivoting constantly in search of a monetisation model for years. It tried to go the super app way with services such as digital wallet, ticket booking, ecommerce and more, but this did not pay off and in 2019, it unbundled these services to focus on Hike Sticker Chat. After adding some features to this app, the company decided to pivot once again in January 2021 and shuttered Hike Sticker Chat.

It decided to turn into a gateway for microtransactions and in-app spending through HikeLand. HikeLand, which was launched in June 2020, is a virtual hangouts zone, and is said to have witnessed significant traction during its testing phase, whereby selected users were spending an average of 50 minutes in the app.

The HikeLand offering was also incorporated into Vibe and Rush, two new products that Hike launched in 2021. Announcing the development, Mittal said that while Vibe is a rebranded version of HikeLand and would offer interactive social media experiences, Rush is Hike’s mini games platform and would offer casual games with microtransactions.

Mittal added that Sticker Chat served as a test bed for launching HikeMoji, the company’s animated avatars for users, which would be extended across Vibe and Rush. “With Vibe & Rush, we now have 2 Virtual Worlds that focus on a single ‘Job to be Done’ each thus simplifying the UX. A much better approach for today’s world that is unconstrained by cheap, fast data & powerful smartphones,” Mittal tweeted.

He added that Rush will see a bigger focus on monetisation. “We will see microtransactions coming to life and that’s a significant willingness to pay for virtual goods. We are also looking at games as a bite-sized source of entertainment. If Ludo does well, we will expand the portfolio for games on our platform.”

While the launch of Rush would indicate that the gaming ‘experiment’ in HikeLand has been a success, it remains to be seen whether Hike can capitalise on the gaming boom and generate revenue in the year ahead.