Hike Adds Gaming To HikeLand, But Will Its Latest Revenue ‘Experiment’ Come Good?

Hike Adds Gaming To HikeLand, But Will Its Latest Revenue ‘Experiment’ Come Good?

HikeLand provides users with a space for “virtual hang-outs”, where one can sit with friends, watch content, chat, both with friends and like-minded individuals 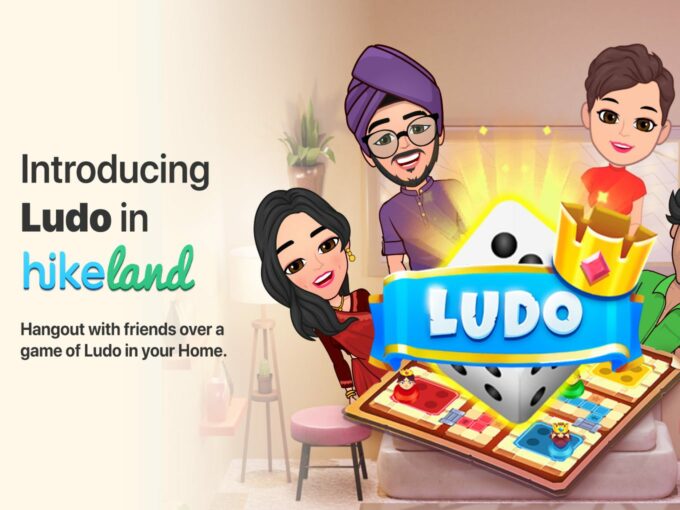 Hike, the New Delhi-headquartered unicorn which came to prominence for developing a P2P messaging platform back in 2012, has brought its latest offering, a mobile-first virtual world named HikeLand out of early preview.

The company’s founder Kavin Bharti Mittal has claimed that HikeLand, launched in June this year, witnessed significant traction during its testing phase, whereby selected users were spending an average of 50 minutes inside the virtual world. However, Mittal hasn’t disclosed further essential data, about the number of users who tested the product and the revenue garnered during the testing phase, to detail the product’s performance.

HikeLand is a feature built on top of the company’s sticker chat app. It provides users with a space for “virtual hang-outs”, where one can sit with their friends, watch content together, chat, both with friends and like-minded individuals not known to them. Among the recent additions to the product are ad-free Ludo and a full-body virtual avatar called HikeMoji for each user.

Hike, which once harboured ambitions of developing a ‘super app’, decided, around 2016 with the introducing of 4G mobile networks, to pivot the company’s business to ‘social’ and ‘gaming’, two pillars that form the core of Hike’s product philosophy today and have found expression in HikeLand, a virtual space for social interaction with gaming options for its users in tow.

“It became clear to us that one big social network is not going to win over time. It’s going to be these vertical communities that have 50-100 Mn users each that can monetise pretty well. We looked at this and realised that the ‘super app’ metaphor is not going to work,” Mittal told Inc42.

“We have to unbundle the super app into multiple products which can stand on their own two feet.”

While Mittal has claimed that the company is not looking to chase the ‘super app metaphor’, the fact that HikeLand has been added to the company’s existing sticker chat app listed on the Play Store, suggests otherwise. The Hike app is named, “HikeLand – Ludo, Video, Chat, Sticker, Messaging”. Although, the present app has been dialled down in terms of the features it offers. In 2014, the Hike Messenger app offered features such as live sports scores, news, daily games, a social media feed or timeline, and integrations for shopping, recharge and ticketing with Hike Wallet. All of this was packed into a single application. As of last year, the company claimed to have 160 Mn users.

Mittal added that HikeLand was built for the present era of practically unlimited 4G with people spending a lot of their time, even for social interactions, online. “Our data shows that HikeLand users are spending time between 10 pm and 12.30 am on the app after they are done with dinner and they want to hang out with their friends.”

“We felt the need for building a new experience for social interactions, as we felt that there’s no reason why people should be confined to a pure messaging experience. Social norms continue to be reshaped. Offline lives, for many Indians, are policed, but online lives are not. We wanted to create a safe place where people can be their best selves and friendships can blossom,” said Mittal.

Its latest upgrades see HikeLand allowing users to extend their HikeLand Home to three other users, with the option of having group video chats. Each user gets a full-body ‘HikeMoji’ virtual avatar by just clicking a selfie. They can then customise their HikeMoji with more than 40 localised elements, including a wardrobe with options across Indian, western, simple, premium, sports, lounge, superheroes amongst other categories.

While it is expected for HikeLand to remind one of ‘life-simulation’ video games such as Farmville or Sims, it is worth noting that gaming, through Ludo, forms just part of the experience on HikeLand.

Revenue Experiments For Monetisation Of HikeLand

When asked about monetising the HikeLand experience, Mittal revealed that the company was running revenue experiments with the product.

“We are excited that microtransactions are coming to life and that’s a significant willingness to pay for virtual goods. We are also looking at games as a bite-sized source of entertainment. If Ludo does well, we will expand the portfolio for games on our platform.”

Mittal added that games on HikeLand need to be a means to hang out online. As such, the games on HikeLand would be developed both in-house as well as with partnerships with game developers and studios. It is worth noting that Hike is an investor in the Delhi-headquartered casual gaming platform WinZO.

HikeLand also offers a ‘Big Screen’, a dedicated space for connecting with like-minded individuals other than your existing friends. Using the feature, which works like a virtual theatre, users can watch content together, also see each other’s profile and chat individually. Mittal told Inc42 that while the feature currently works with YouTube integration, the company is also working on integrating Netflix and Amazon Prime into HikeLand. However, it is not clear whether global OTT platforms such as Amazon Prime and Netflix, which work on a paid subscription-based model, would want to integrate their products with HikeLand, a largely ‘free’ app.

“The feedback on HikeLand Early Preview has been fantastic. With over 50 mins time spent / day, users love the new user experience and it’s clear they just want more. Today, we’re following through on that demand,” said Mittal.

While several Indian startups are engaged in the social and gaming space, Hike’s HikeLand is the first-of-its-kind integration of both domains in a separate product.

In August 2016, Hike became the 10th Indian unicorn (valuation of $1 Bn). Hike has raised over $261 Mn in capital from top-tier investors such as SoftBank, Tiger Global, Tencent, Foxconn & Bharti, among others.

With inputs from Yatti Soni