Union Budget 2021: Here’s What Indian Startups Have Been Expecting

Union Budget 2021: Here’s What Indian Startups Have Been Expecting

Nirmala Sitharaman will announce the budget on February 1, 2021 and the Indian government is expected to announce a slew of fiscal policy measures to revive growth

Among the key spending areas will be healthcare, manufacturing in key sectors, defence as well as infrastructure

The depths of the government’s plan and relief programme will be revealed once Sitharaman’s bahi khata opens up — but what are the expectations of the Indian startup ecosystem from the budget? 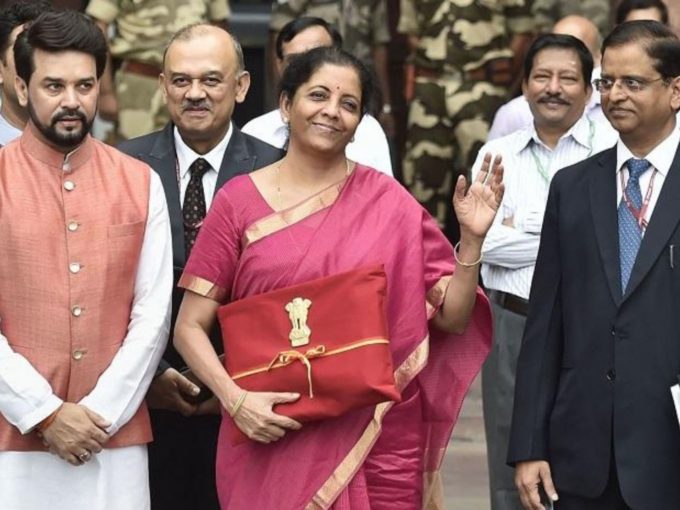 All eyes are on India’s Finance Minister Nirmala Sitharaman as she gets ready to announce the Union Budget 2021 on Monday, February 1, 2021. With the Indian economy seeing major downturn and recessionary conditions in most sectors, this year’s Union Budget is likely to be one of the most significant ones in Indian history.

Besides the INR 20 Lakh Cr allocated for economic recovery in April 2020, more fiscal policy measures are expected to be announced at the budget. With the Economic Survey 2020-21 setting an ambitious target of 11% growth in the Indian economy, Sitharaman is expected to announce measures that boost consumer demand, employment potential as well as investments into India.

As per an ET report, the Indian government may allocate about 12%-14% higher than it did last year or around INR 35 Lakh Cr with focus on healthcare, defence, manufacturing for key sectors and infrastructure. As per the projections of the International Monetary Fund (IMF), India’s economy will see an 8% contraction in FY21, ending March 31, 2021, but is expected to bounce back with 11.5% growth in FY2022. India is the only country projected to register a double-digit growth in the year ahead as per its latest World Economic Outlook Update this week.

The depths of the government’s plan and relief programme will be revealed once Sitharaman’s bahi khata opens up on Monday. But what are the expectations of the Indian startup ecosystem from the budget? Inc42 spoke to several stakeholders from the startup ecosystem to gauge the sentiment of various sectors.

The allocation for the healthcare sector in the Union Budget 2020 was INR 67,484 Cr, representing only a small 5.7% increase from the previous year. This was below 1.5% of the gross domestic product (GDP). Interestingly, Covid-19 had already knocked on India’s door when Sitharaman introduced the budget last year, but no one paid much heed to it. At least not enough to stay prepared to fight one of the biggest crises the new age world has ever seen.

India has always lagged in healthcare expenditure, despite having the second-largest population in the world. The low expenditure in this critical sector is much below international norms, observed the 15th Finance Commission in its annual report 2020-21.

This year, the Indian healthcare startups have five major demands from the Indian government:

Meena Ganesh, MD and CEO of healthcare-at-home startup Portea Medical, believes that this is the time to look back at the weak links in India’s healthcare ecosystem as exposed by the pandemic and cover the gaps in infrastructure, facilities and financial provisions in the upcoming budget. The major challenge that needs to be addressed through infrastructure is the gaping rural-urban divide in healthcare.

India’s fintech segment has been on a roll for quite some time, but the segment turned out to be a market leader by raising 18.2% of the capital infused into the Indian startup ecosystem as a whole. The amalgamation of fintech with the plain-old financial services not only offered an innovative solution but made life simpler during the pandemic when cash exchange could have been a catalyst to maximise the exposure of the virus. Hence, payments remain the largest sub-sector in terms of the total number of startups.

Ahead of the Union Budget 2021, the industry expects the finance minister to address some of the pressing issues that halt the growth of India’s digital payments sector. Here’s a list of industry demands:

The Indian government announced an INR 20 Lakh Cr economic stimulus package for lending startups last year, but most of these were structured to help only MSMEs and NBFCs, leaving alternative lending entities outside its purview. Many small businesses were left out of these scheme as most MSMEs and NBFCs did not service them.

The lending startups have a few want the finance minister to take a look at bringing in a regulatory framework that will do away with the existing (and huge) disparities among big, midsize and small players in this space. Let us look at the industry perspective and the issues it wants to be addressed in the Union Budget of 2021. report

Capital Float cofounder and MD Sashank Rishyasringa told us that the big banks and NBFCs largely benefited from the collateral-free credit scheme for MSMEs, but many small businesses were left out. “Our recommendation is to continue the scheme and allow for higher pricing, which will open up the scheme to a substantial number of small businesses,” he said.

While the Indian government is expected to introduce the cryptocurrency and national digital currency bill in the parliament in the budget session, the crypto industry’s eyes will be on Sitharaman with regards to the speculated tax on cryptocurrency, as well as GST on transactions. Startup founders believe that clarity on the taxation will bring legitimacy to the sector, which is operating in the margins, despite the go-ahead from the Supreme Court in 2020.

“The finance bill should clear the air around the legality of cryptocurrencies in India. It is long overdue. Other nations are progressing by leaps and bounds in this space. Therefore, quick and positive action from the government is crucial for the country to stay in the race and evolve into a crypto powerhouse,” Ashish Singhal of CoinSwitch Kuber told Inc42.

There are plenty of challenges in taxing cryptocurrency investments according to startup founders, since this is not a conventional investment channel. What kind of tax should be imposed if cryptocurrencies are used as part of a barter system i.e when one cryptocurrency is used to buy another? Will the tax amount be the same regardless of how cryptocurrencies have been  acquired – i.e. through purchasing, mining or gifting?

More clarity on these details, as well as the legitimacy of cryptocurrency is expected at the Union Budget of 2021.

The Indian electric mobility segment has grown immensely in the last couple of years in order to build up the muscles to become the world’s largest electric vehicles (EV) markets in the upcoming years. However, the segment found itself in a staggering mess with a disrupted supply chain as well as customers’ changed priorities.

Keeping this in mind, the stakeholders of the Indian emobility segment had three major demands from the Union Budget of 2021.

Jeetender Sharma, founder and MD of EV maker Okinawa Autotech, explained, “While the GST input on raw material is 18%, the tax on outward supplies currently stands at 5%, leading to an implicit inverted duty structure for us (manufacturers).” He added that a reduction can optimise the cash flows for manufacturers.