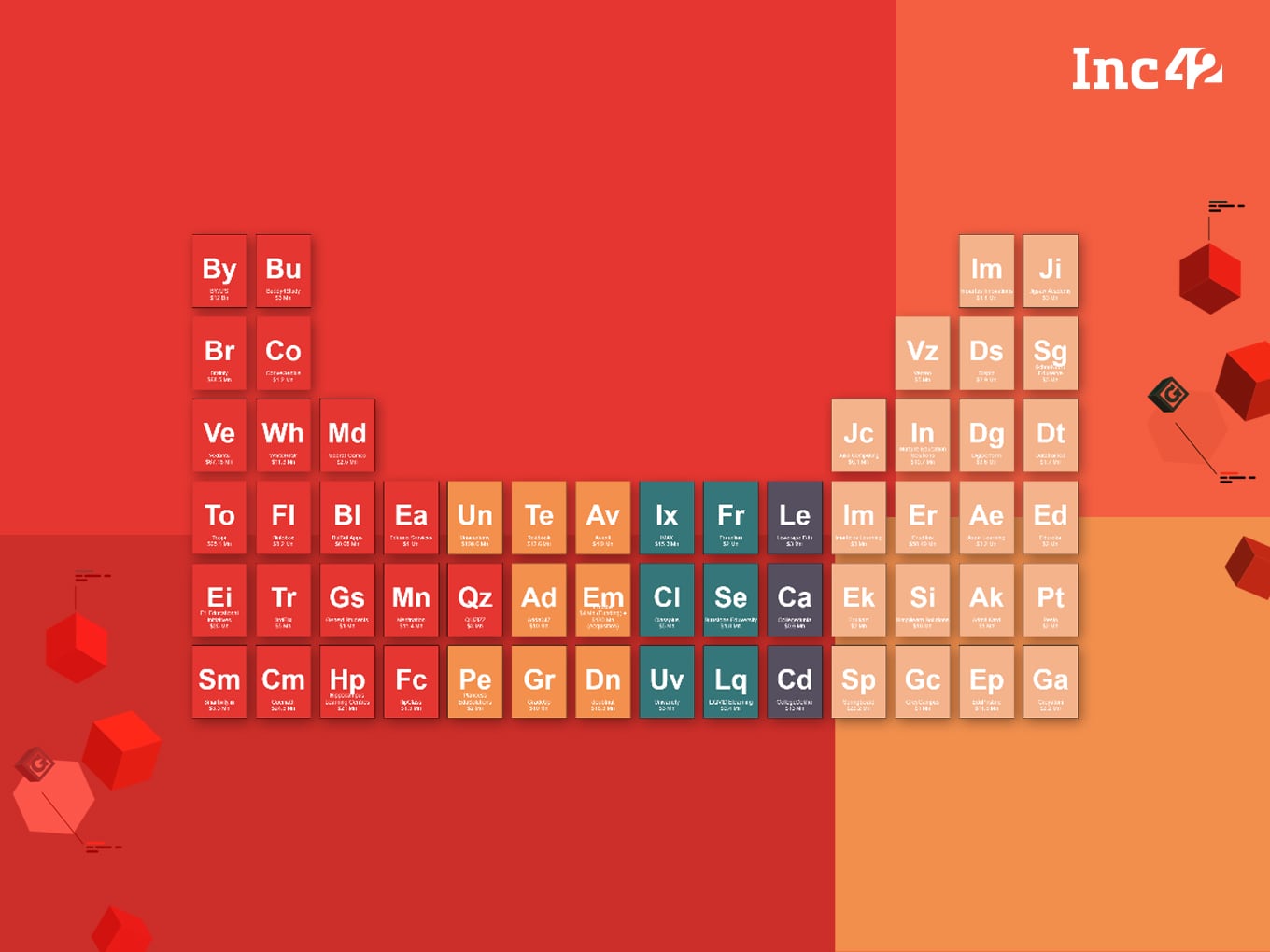 Despite launch of 4,450 edtech startups in the country overall, the sector is dominated by the K-12 and test prep startups

India’s edtech empire has spread far and wide — bringing under its fold kids and young adults in metros and small towns, as well as the working class that is looking to get up to speed with the latest technologies.

Despite the mushrooming of various startups, edtech startups currently account for a fraction of the $100 Bn education industry in India. Not surprising as with the exception of weddings, the only other expense that excites Indian parents is their children’s education.

With a continuous learning target audience of nearly 600 Mn across the age groups of 10-44 years (2011 Census), India offers a massive opportunity for edtech startups. The Indian market has witnessed the launch of 4,450 edtech startups (1,150+ being shut down), with more coming up every day. As indicated by multiple high-profile funding rounds for the likes of BYJU’s, Vedantu, embibe, Toppr, Testbook, Unacademy and others in the past 3-4 years, investors are more bullish on the edtech market than ever before.

And within this massive fragmented industry, it’s sometimes easy to lose your way whether you are a casual reader or a veteran investor. So we decided to do the heavy lifting for you with the 58 most well-funded startups in the edtech sector, broken into the five most prominent segments and made a market map, visualised in the form of a periodic table.

However, like any good teacher would tell you boring lessons make for uninterested students. So just to make this one more fun, we made it completely interactive. Just click through to see details of each company from funding amount to founders to revenue.

For accessing complete details of a company, double tap on the icon. Use desktop for better visibility 🙂

Here’s how we went about deciding which startups would feature on our periodic table, and what each section means.

We chose startups that are creating products, developing content or learning management systems and also those offering services such as counselling. To shortlist the most prominent startups, we chose funding as well as users and popularity as our basic criterion. We only considered those companies that have raised more than $1.5 Mn in funding through disclosed rounds and these include the biggest companies in the edtech sector. This can be considered an indicator or parallel for traction among students and parents as well as adoption by businesses in case of B2B edtech offerings.

With the most amount of funding in the edtech sector, the K-12 segment includes perhaps the most-widely known startups such as Unacademy, BYJU’s, Vedantu and Toppr, which offer online learning material that runs in parallel with the school curriculum. Targetting students between up to Grade 12, these apps have seen the widest adoption in the Indian market.

Even those who have already graduated out of college need to upgrade their skills for the new world. Startups are enabling faster skill development, upskilling and reskilling for gig economy workers and those in entry-level technology roles. Additionally, startups are also bringing engineers and software developers up to speed with the latest technologies that are the need of the hour in the industry.

An evergreen category in India thanks to the obsession with grades, engineering admissions and government jobs. Startups are helping Indians ace pretty much any test out there, with a major focus on IIT-JEE, CAT, UPSC, SAT and medical entrance tests.

The Primary Edtech Hubs In India

With 20 edtech startups among the top 58 most-funded companies in the periodic table, Bengaluru leads the way in India as far as hub-wise trends. Delhi NCR follows with 16 startups in our periodic table, with Mumbai in third place (11 startups).

These three cities also make up the top three overall edtech hubs in India in terms of the venture capital inflow. Edtech startups in these three hubs accounted for 92% ($1.6 Bn) of the total $1.73 Bn raised by edtech startups all over India between January 2014 and September 2019.  But among the trio, the capital inflow in city-based edtech startups recorded an exponential rise in 2019 with $138 Mn raise, compared to 2018’s $57 Mn.

The startup ecosystem in the top three hubs is relatively more mature, even for other sectors. A stronger presence of venture capital in Delhi NCR, Bengaluru and Mumbai also make them a preferred destination for entrepreneurs to nurture their ideas.

As with most things in the tech industry, there are always companies rising to the top. So if you are a startup in the edtech industry, which fits our criteria, do send us a short profile through this link and we will update our periodic table of edtech startups in India.

If you would like to refer a startup which could be included in this table, write to us at [email protected]