Blackrock, CPPIB and GIC, among other top pension funds, long-only funds and sovereign wealth funds will be participating in the anchor round

The anchor round will see some mega investors making one of their first investments in India, through their tech-focused funds, according to Inc42 sources 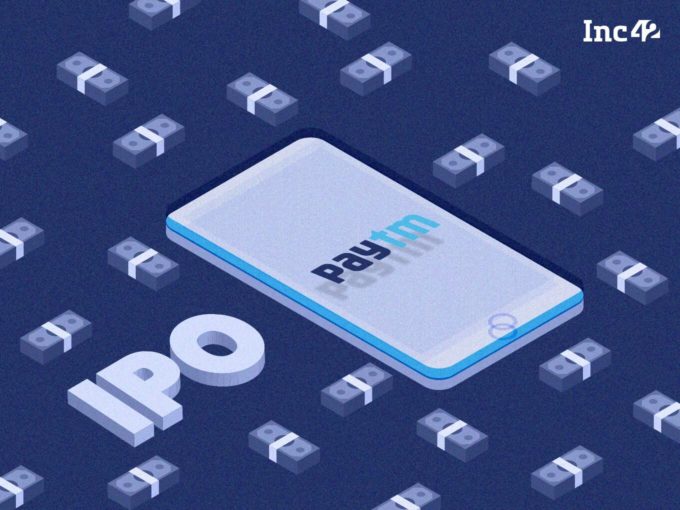 IPO bound Paytm is in talks of raising $1.1 Bn (INR 8,250 Cr) in one of the largest IPO anchor round. The fintech giant is in talks with blue-chip global tech funds for this round which is expected to close by November 3rd.

World’s top pension funds, long-only funds and sovereign wealth funds like Blackrock, CPPIB and GIC have lined up for the mega IPO, an Inc42 source said.

The fintech giant will open for subscription on November 8th at a price band of INR 2080-2150. And has pegged the valuation at $20 Bn.

During a pre-IPO press conference last week, Madhur Deora, President and Group CFO, Paytm, said that the valuation, which has been pegged at $19.5 Bn – $20 Bn, could have been done at a higher valuation, but the company does not “believe in getting every last dollar of valuation”.

As per reports, the company is aiming for a mid-November listing.

Its revenue from operations is up by 62% YoY while its contribution margin positive is up by 85% YoY for Q1FY22, according to its RHP filing. Payments and financial services alone contribute to almost 80% of its revenue.