Funding Galore: From Swiggy To Lenskart — Over $2 Bn Raised By Indian Startups This Week [July 19-24]

Funding Galore: From Swiggy To Lenskart — Over $2 Bn Raised By Indian Startups This Week [July 19-24] 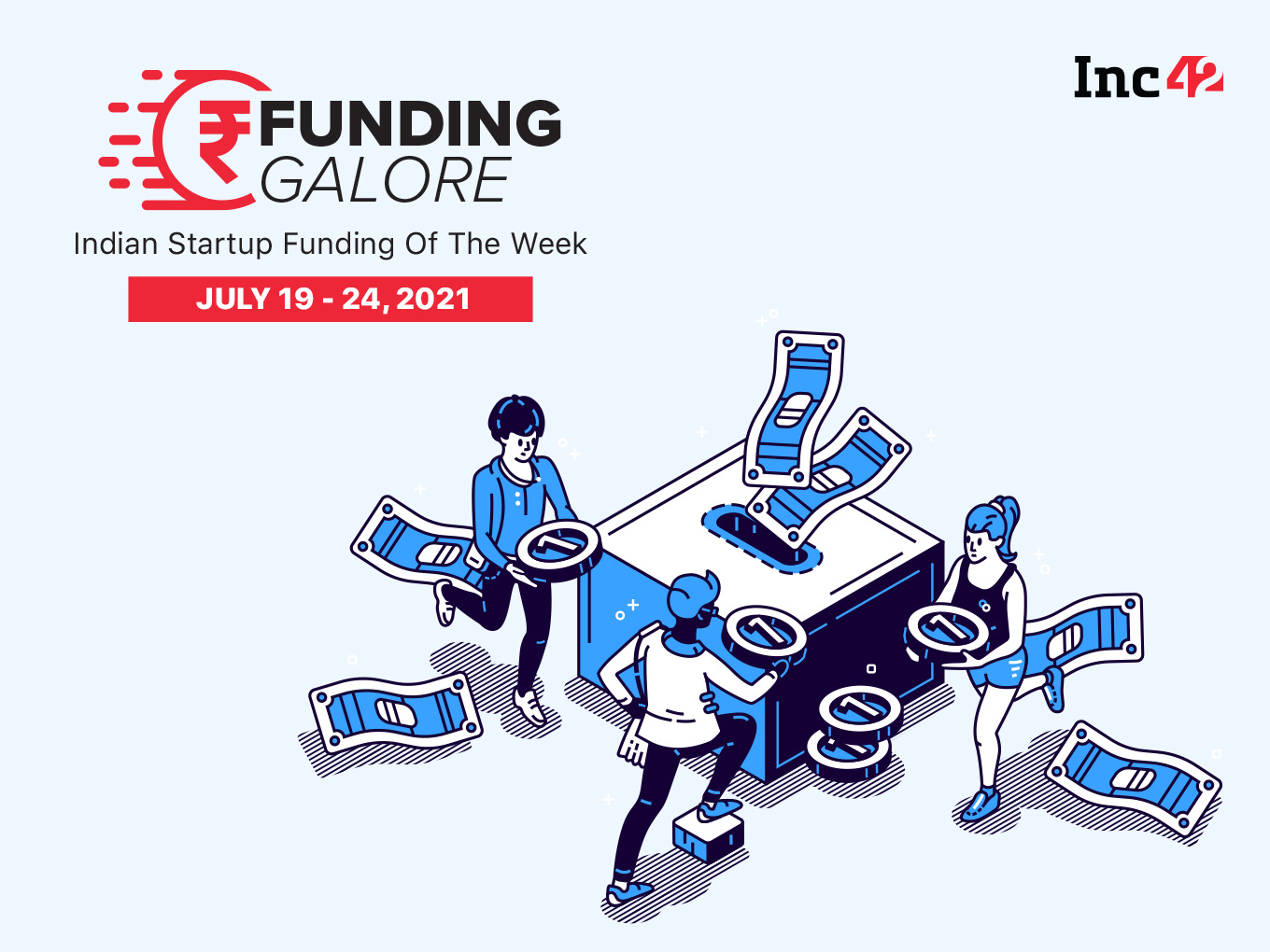 BlackBuck became the 15th Indian unicorn this year, and 57th overall in the Indian startup ecosystem

In yet another mega week for Indian startups in terms of funding, over $2 Bn was raised between July 19 and July 24, 2021, with Swiggy, Lenskart, GlobalBees, Spinny topping the charts.

Besides the mega funding rounds for those startups, logistics tech startup BlackBuck entered the unicorn club with a $67 Mn Series E Round. BlackBuck is the 15th Indian unicorn this year and brings the total number of tech startups in India valued at $1 Bn or more to 57. BlackBuck is the third logistics startup to become a unicorn after Delhivery, which is planning an IPO this year, and Rivigo.

This Series J round valued Swiggy at $5.5 Bn, according to sources within the company. Swiggy said the investment will further accelerate food delivery business and building new food and non-food adjacencies in 2021 and beyond.

Meanwhile, Lenskart raised $220 Mn from Temasek, Falcon Edge, Bay Capital and Chiratae Ventures, with an eye on expanding to international markets in Southeast Asia and Middle East. The latest round comes on the heels of the company raising $95 Mn from KKR in May this year.

Note: The below table only accounts for disclosed funding rounds

The biggest story this week was Zomato’s public listing on the Indian exchanges. It became the first consumer tech unicorn to go public in India after receiving 38X more bids than the number of shares in its public offering.

How Zomato Stock Fared On First Day Of Listing 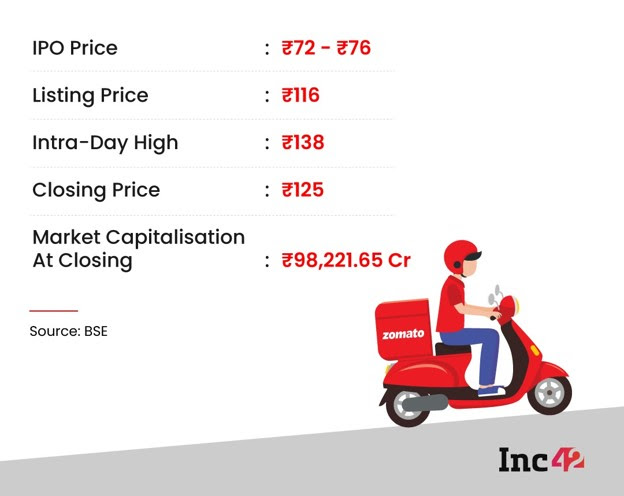 Zomato’s shares began trading at INR 116 — which was 53% more than the IPO bid price range of INR 72- INR 76. The cherry on top was yet to come as within a couple of hours the share hit its upper circuit price (the maximum that a stock is allowed to go in a day of trading by capital markets regulator SEBI) of INR 138.

Zomato also crossed a market capitalisation of INR 1 Lakh Cr briefly and took its place among the list of 100 most valuable publicly traded companies in India. The stock was trading at INR 125.20 at the close of the trading day — meaning an investor who bought shares at the listing price today would have made a 7.9% gain already.

Given that funding deals are coming in thick and fast, the pace of acquisitions is set to grow in the next few months.

Global streaming giant YouTube has acquired social commerce startup Simsim, in what is seen as a big push towards video commerce for the Google-owned company. Founded in 2019 by Saurabh Vashishtha, Amit Bagaria, and Kunal Suri the platform has to date raised a total funding of $15.5 Mn.

YouTube said that it is acquiring Simsim to help small businesses and retailers in India reach new customers. The app will work independently and YouTube will showcase offers from Simsim on its platform.

Epic boasts over 2 Mn teachers and 50 Mn students and BYJU’S said the partnership will enable the company to create engaging and interactive reading and learning experiences for children globally. “Our mission is to fuel curiosity and make students fall in love with learning. Knowing that Epic and its products are rooted in the same mission, it was a natural fit. Together we have the opportunity to create impactful experiences for children to become life-long learners,” said founder and CEO Byju Raveendran.