Rahul Yadav, former CEO of Housing.com, who is much known for his ‘Dabang’ attitude in startup ecosystem, is reportedly seeking investment for his new venture which  is expected to announce on 15th August.

According to TOI report, Yadav is in talks with the Paytm’s founder and CEO, Vijay Sekhar Sharma for investment. The meeting is expected to take place in the Delhi this week.

Rahul had intimated about his new venture through social media platform as:

A person close to the development said that despite Housing fiasco, there is a lot of interest residing in Rahul and his ideas. Though it’s in early stages and most of the details are yet to be worked out. However, the matter was not confirmed by the former Housing CEO himself.

The much talked about CEO in the startup fraternity was fired from the Housing board by the investors in July this year after a series of controversies. For now, as per Yadav’s facebook status, he seems to be chilling in Ladakh and posted 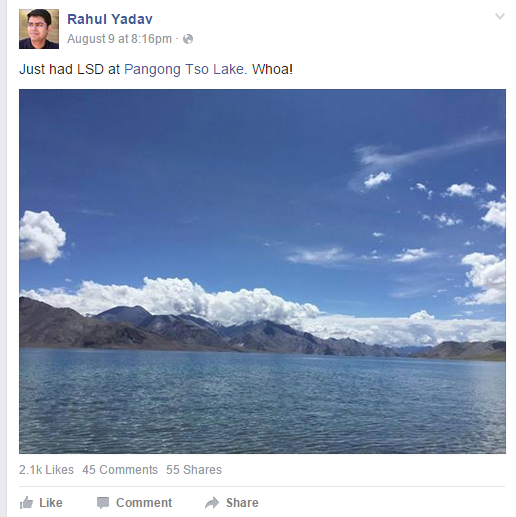 Generally LSD refers to the psychedelic drug, Lysergic acid diethylamide, whose consumption and possession is illegal in India. However, customary to his outspoken temper, nobody might be sure whether Yadav was admitting publicly to the consumption of drug or trying to attract attention.

Before this, Rahul has taken a troll over media as well, where he respondent a mix of reaction about a potential sale of his company.

Meanwhile, the investors have appointed COO, Rishabh Gupta as the interim CEO of Housing. Also, the company plans to lay off at least 600 employees in the next three months.