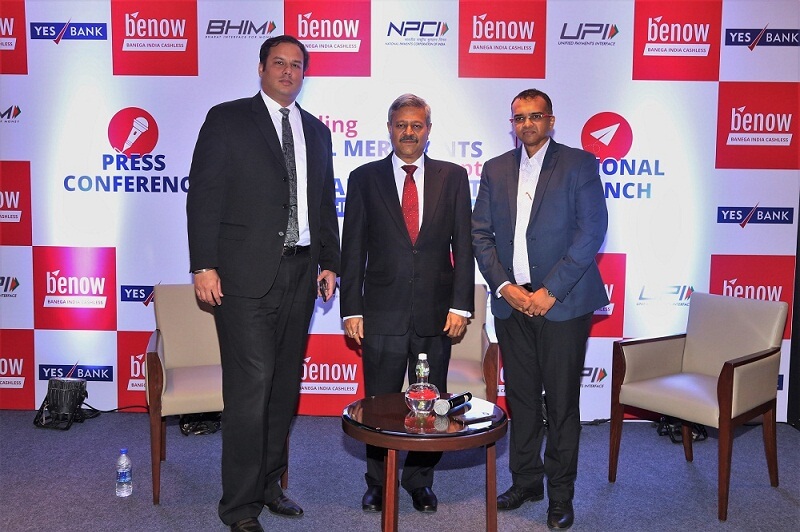 Benow, a digital payments platform which empowers local merchants across Mumbai to accept digital payments through BHIM and other UPI apps was launched in Mumbai last month. Till date, it has enrolled over 1K merchants.

Named as ‘BHIM-Enablement Service,’ it allows merchants to accept payments directly into the merchant’s bank account, eliminating the issue of dealing with cash on a day-to-day basis. The platform and app are powered by YES Bank’s Unified Payment Interface (UPI) systems. The service is also integrated closely with the Bank’s APIs, which allow for easy reconciliation and integration with Benow and their merchants.

Founded in January 2016 by Sudhakar Ram, the platform is offered by Cashless Technologies India Limited (CTIL). Benow was incubated by software solutions firm, Mastek, in early 2016 and started pilots in Mumbai in November 2016.

While BHIM and other UPI apps have run up millions of transactions for peer-to-peer payments, merchant payments still constitute only a small proportion. As per Sudhakar, over 1 Bn cash transactions happen daily in India. While a lot of infrastructure has been created with UPI, it is mostly P2P and reaching out to merchants remains a problem.

It is this need the platform aims to address. Within 72 hours of signing up for Benow’s BHIM Enablement Service, each merchant is activated with a unique VPA (Virtual Payment address) and a QR code. When the customer scans the code through the BHIM app or any bank’s UPI app it allows them to make payments directly into the merchant’s bank account.

The merchant can operate this service with just a feature phone.

Founder Sudhakar Ram stated, “We believe that the NPCI and the Government have taken significant steps in accelerating digital payments through BHIM and UPI services. The customer response to BHIM has been overwhelming. Independent players like us, with the sponsorship of partner friendly banks like YES Bank, will now step up the merchant base to accelerate merchant payments through UPI. The initial response of merchants in Mumbai has been very encouraging and we are now ready to scale up this service.”

As per Sudhakar, local merchants contribute a significant proportion of the 100 Cr daily cash transactions that happen across India. Benow intends to add to the 2500 Cr digital transaction target set up by the government for FY 2017-18. The Benow platform will soon be available in many other cities across India, as the company scales up its nationwide presence.

Currently, the introductory offer starts at INR 99 per month for merchants. Sudhakar revealed that out of the 1K merchants enrolled in Mumbai, restaurants formed the biggest chunk, followed by grocery merchants and apparel sellers. He also stated that when compared to other payment platforms such as Paytm, the major differentiator is that Benow is the only one which uniquely leverages BHIM app for enabling transactions and is geared more towards merchants than P2P transactions. 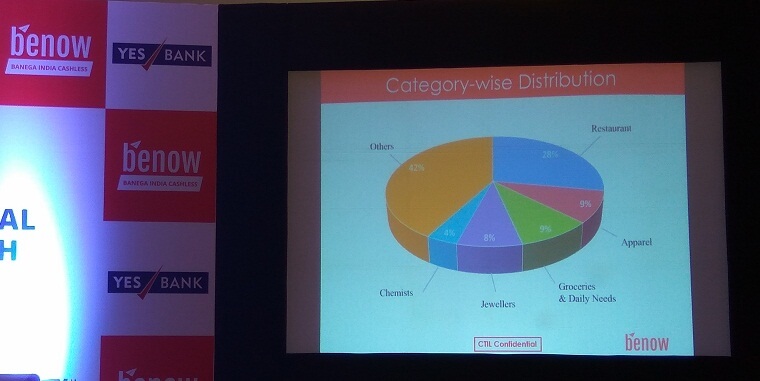 India is witnessing a slew of activity in the digital payments sector. Last month, ICICI Bank also partnered with Swedish communication company Truecaller to power a new UPI-based mobile payment service ‘Truecaller Pay.’ Earlier in March, RBI also decided to open up the Unified Payments Interface (UPI) for digital wallets such as Paytm and Mobikwik. HDFC Bank took yet another step in this direction and launched the Unified Payment Interface (UPI) on peer-to-peer payments app Chillr, while instant messaging app WhatsApp is also expected to launch a peer-to-peer payment system in India in the next six months.