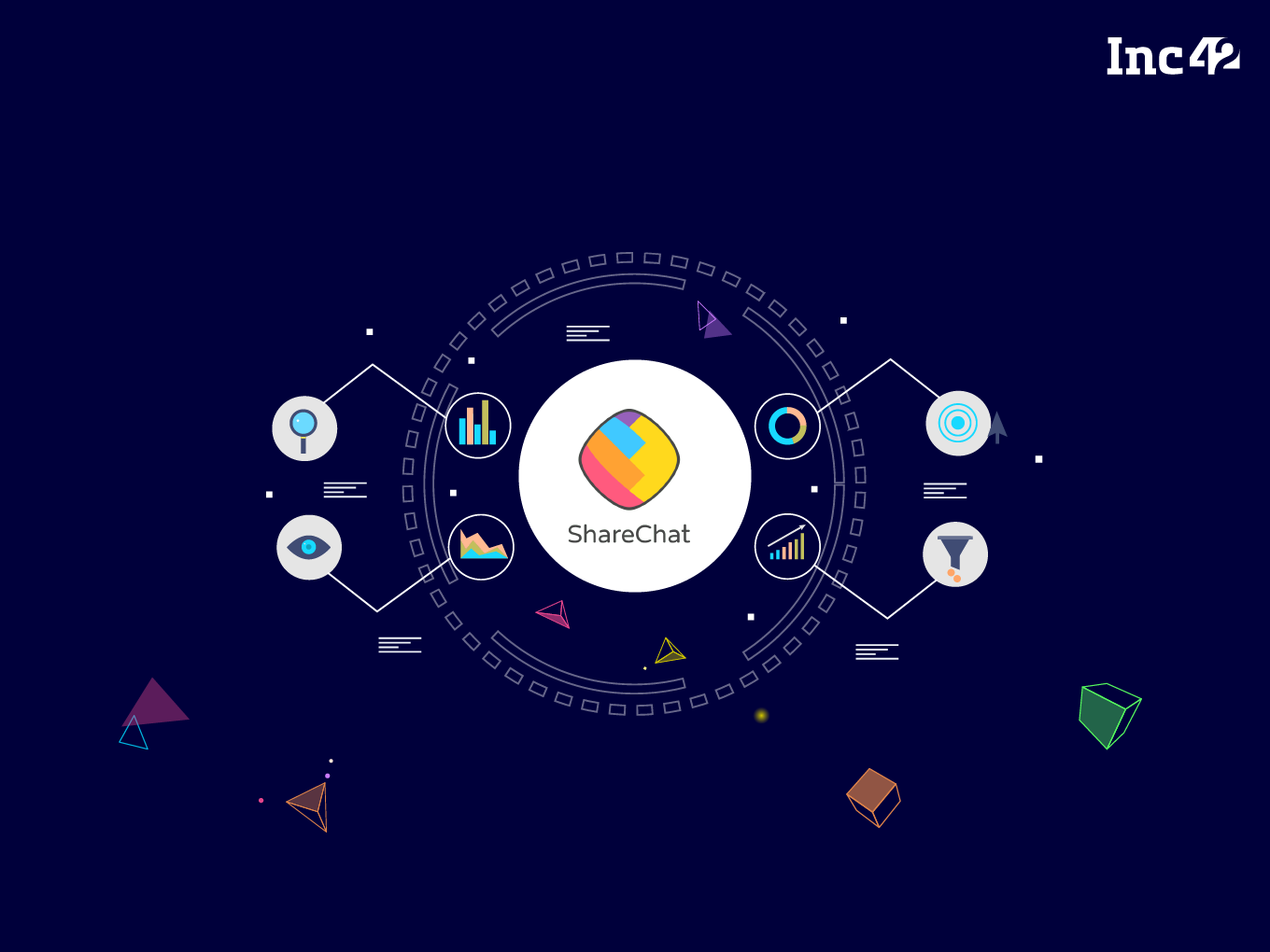 ShareChat has increased its revenue 14x in FY19

The company has spent heavily on marketing, business promotion and development’

Bengaluru-based regional language social and content platform ShareChat has been making headlines over the past couple of years with its rapidly increasing user base and the growing investor confidence. The company, with a user base of 60 Mn monthly active users (MAUs) and over 100 Mn app downloads, has been gravitating towards Tier 2 and 3 markets for growth.

However, as a four-year-old startup, the company is in the growth phase and hence, its financials have a rocky story to tell with major losses and rising expenses. The company’s filings for its performance for the financial year ending March 2019 has shown that losses grew by 11x, while it saw 14x growth in its revenue.

ShareChat: Driving Into Tier 2 And 3 Markets

Founded in 2015 by Farid Ahsan, Bhanu Singh and Ankush Sachdeva, ShareChat allows users to create, discover, and share content with each other in several Indian regional languages. It also has features such as anonymous chat, direct messaging and original video content under the banner of ShareChat Talkies.

The company has raised $224 Mn till date, with $100 Mn Series D round this year led by Twitter. Accessible in 14 regional languages, ShareChat’s strength has been its wild popularity in Tier 2 and Tier 3 cities.

The company is said to be ready to join unicorn club in 2020, however, it has been having a hard time this year as it puts up a strong front against heavily-funded Chinese competition such as ByteDance’s TikTok and Helo.

Further, with its performance in FY19, the company’s losses and expenses have widened massively. The filings show that in FY19 the company reported a revenue of INR 25.81 Cr, a 14x growth from INR 1.7 Cr in FY18.

A challenge for ShareChat is that it isn’t growing users as fast as it did previously and is reportedly seeing this slowdown due to Helo and TikTok eating into its potential user base. What makes matters more tricky is that Bytedance reportedly spends about $15 Mn – $20 Mn per month on marketing for its products Helo and TikTok, and has surpassed Facebook’s Instagram in terms of MAUs in India.

In lieu of this increasing concern, ShareChat’s expenses for FY19 offers several interesting insights. The breakdown of company’s expenses showed that it has extensively increased its spending on employee benefits, which reached INR 29.2 Cr from INR 9 Cr in the last year.

Further analysis of its other expenses gives us a window into the company’s priorities.

Coming to growing its business, the company has spent INR 74.38 Cr on promotions and INR 20.44 Cr on business development. This is 50x and 480x increase on a Y-o-Y basis, respectively.

Further, another interesting expenditure of ShareChat is for content review. This is important considering company’s continuous tussle with the government and other bodies for controversial or pornographic or harmful content across its platform. It has already faced the ire of multiple parties regarding the same.

Hence, the company’s INR 3.53 Cr expenditure on content review for FY19 is a welcome increase from INR 4.89 Lakh in FY18. With millions of content pieces on its platform, ShareChat’s fight in managing this content is huge.

The growth of Chinese apps has been rapid and far reaching. Close to 39% of TikTok’s 500 Mn global users are from India, mostly between the ages of 16 to 24 years while another Chinese app, Like, which was the third-most downloaded app in India in 2018, counts 64% of its users as Indian.

Hence, ShareChat has a huge challenge to overcome if it wants to dominate its home market and further expand its social network footprint.

Update: 10:50 November 6, 2019
“ShareChat was founded with an idea of bringing the next billion internet users on the platform. The platform is scaling up gradually, with 60 mn Monthly Active Users, and presently, the largest regional social media platform in India. The objective remains to scale up in the regional user generated content space with the largest reach among the next billion internet users. We have also started working with brands to drive engaging consumer experiences as we start monetizing our platform.”— ShareChat spokesperson