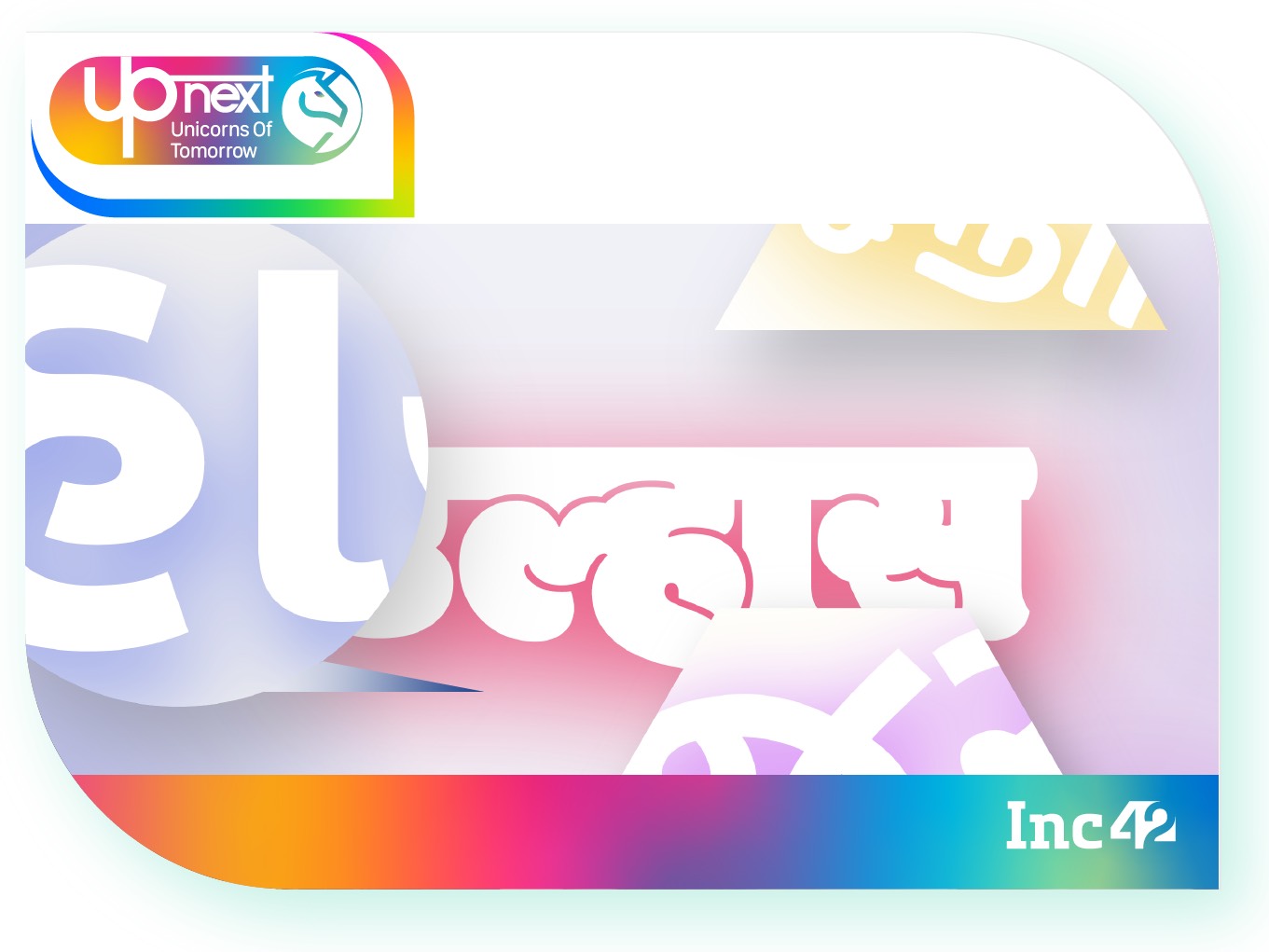 After a $100 Mn Series D, ShareChat is ready for the next phase of growth

To celebrate India’s rising startups, Inc42 is profiling a new soonicorn every Friday in the Inc42 UpNext: Unicorns Of Tomorrow series. For the next few months, we will be speaking to founders and cofounders at these potential unicorns and shining light on their journeys and growth stories. We begin the series with a look at regional language social network, ShareChat.

“When you are making a social content platform or engaging in social play in any geography, the entry barrier to the product is nothing and anyone can build the same product.” – ShareChat cofounder Ankush Sachdeva

Earlier this month, Ankush Sachdeva and ShareChat got more fodder to push that entry barrier higher when it raised $100 Mn in Series D round of funding which saw the likes of Twitter come on board. With this fund raise, the total money raised by Sharechat now stands at $224 Mn, and the company is definitely on pace to become a unicorn by 2020.

ShareChat is by many accounts was and is the front-runner in the regional language social media platform race. While one would assume that Indian platforms and apps are making greater inroads in regional language or vernacular content, ShareChat’s biggest competition and threat today comes from China.

Speaking to Inc42 just a few weeks before the fundraise was disclosed, Sachdeva, the cofounder and CEO of ShareChat dropped that quote about entry barriers when asked about the intense rivalry with deep-pocketed competition Chinese tech company Bytedance which owns TikTok, Helo and Live. Even as the regional language social media platforms from China continue to deepen their bets in India, ShareChat has continued to gain traction.

“Defensibility against competition comes in the network you have built and it is a multi-billion dollar opportunity. We, in fact, thought that people came into this space too late because the opportunity was so evident post-Jio.  Even when other players emerged, it was foreign companies,” said Sachdeva.

It is important to emphasise that the head start Sachdeva alludes to is something that the company considers key in its battle in the regional language social content space in India.

ShareChat has built an audience of 45 Mn monthly active users (MAUs) with over +100 Mn app downloads in the space of a short time, especially because it was the first such player on the market.

According to Sachdeva, it is futile to build a clone to Twitter or Facebook because users use these different platforms to engage with different kinds of people. For example, some would consider Facebook for family and Instagram for friends and influencers.

Sachdeva pitches ShareChat as the platform that has the advantage of having friends and relatives, along with the influencers and in your native language, which has a bigger network effect.

While using the ShareChat app, the importance of tags is immediately clear. These tags are everywhere and a question that immediately pops up is how do you build tags for people who speak regional languages and are probably using the Internet for the first time; do these users even know what a tag is?

“We knew it was going to be tough, the audience has only been on Facebook and WhatsApp and when they come on the platform and view the content, one of the first questions they ask is “Yeh kaun hain?” (Who are these people?) because their earlier experience with social apps was in a very small network of people whom they knew,” Sachdeva added.

So ShareChat designed the product in such a way that it would be very intuitive for the user and that is why, for starters, every icon has text labels.

Another behaviour that the team accounted for was that a typical user is not familiar with typing a search query, and hence the big focus on hashtags. Sachdeva points out that the utility of hashtags on ShareChat is not the same as on Twitter. Sharechat hashtags are more wholesome and meant to act as navigation points.

“It is visually-aided search, if I want to view something on mehndi (henna), I know I will go to the ‘beauty’ tag and under that, there will be a ‘mehndi’ tag under which I will find the content I am looking for,” explained Sachdeva.

Another insight that Sachdeva offers about vernacular users is that creators are also getting into niche genres. For example, a lot of middle-aged women users who use ShareChat in Hindi are sharing the ever-popular gharelu nuske or home remedies.

The platform also has a high proportion of female users, which at 30% is higher than India’s internet landscape which has 29% female users.

Even when it comes to moderating content, ShareChat’s unusual user base posed a challenge. It had to take into consideration that a significant portion of its audience is on the elderly side. “Some things that may be allowed on Instagram will not be allowed here. For example, a woman in a bikini; that is something that you cannot post on the platform,” said Sachdeva.

TikTok videos on Sharechat are also becoming a common sight, and are representative of the blurring boundaries between platforms, especially those catering to the regional language users. But this trend is being seen in mainstream social media too; Facebook is making operability between WhatsApp, Facebook app and Instagram seamless.

Sachdeva agrees that cross-platform content has value but in the case of ShareChat, the conversation still largely happens around the ShareChat the community and through the lens of the content shared by its users, rather than the content which has crossed over. The cross-over content also presents a different kind of challenge – i.e convincing users that ShareChat is unique and original. “There are still more things to be done, the wars are definitely more expensive now, earlier you could get more users cheaply but now the opportunity is well known,” said Sachdeva.

Last year ShareChat took Bytedance to court accusing it of copying its design, infringing its copyright and indulging in unfair competition. On October 30, the Delhi Court ordered ByteDance to desist from placing bids on ‘ShareChat’ as a keyword on Google’s AdWords platform, which the Indian firm alleged was used to get higher ranking for the Chinese app. The court had not commented on the design of the app.

“We are not surprised by this case, which has happened at a time when Helo is getting more popular in India. We are certainly not deterred by the competition,” ByteDance had said in a statement.

“When we started, they said how would you compete with Facebook, now the scenario has changed but the question remains the same but with new players,” Sachdeva said about the competition.

A challenge for ShareChat is that it isn’t growing users as fast as it did previously and is reportedly seeing this slowdown due to Helo and TikTok eating into its potential user base and what makes matters more tricky is that Bytedance reportedly spends about $15 Mn – $20 Mn per month on marketing for its products Helo, Live TikTok.

But that financial might is now something ShareChat will be looking to match with and with the likes of Twitter onboard, the earlier disadvantage of not having enough expertise of creating (versus Chinese rivals) scale have all been negated.

But with money in the bank now, investors will be counting on ShareChat to deliver them a clear upside when it comes to monetising these vernacular users, something that will be a challenge for every online vernacular player in India.