Startup Watchlist: 13 Indian Blockchain Startups To Watch Out For In 2018

Startup Watchlist: 13 Indian Blockchain Startups To Watch Out For In 2018 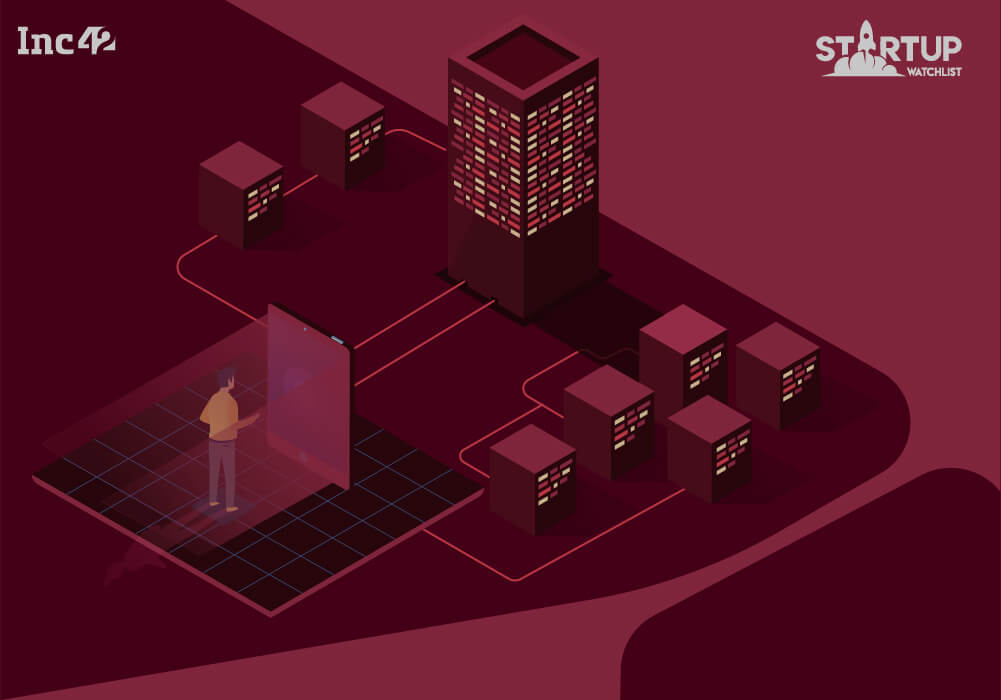 The Blockchain Startups That Are Poised To Disrupt The Verticals Including Finance, Governance And Supply Chain

This article is part of Inc42’s Startup Watchlist annual series where we list the top startups to watch for 2018 from industries like AI, Logistics, Blockchain etc. Explore all the stories from ‘Startup Watchlist’ series here.

However, unlike blockchain which is a distributed ledger concept, both Wikipedia and Google Docs have a centralised database and are controlled by their corresponding authorities which can shut it down anytime they want. Banks, on the other hand, while enabling payment transfers remain the controlling authority, even if they have nothing to do with a payer/payee’s money.

It’s convenient to trust a bank, or any third party, to control the ledger, but that convenience comes at a price. As you know, your transactions are subject to the bank’s fees, terms, and timelines.

During the great financial crisis of 2007-2008, when one of the largest investment banks, Lehman Brothers broke down, and other leading banks – Merrill Lynch, AIG, HBOS, Royal Bank of Scotland, Bradford & Bingley, Fortis, Hypo Real Estate, and Alliance & Leicester — were set to follow (Until the US government made a $7.7 Tn bailout); this made the users clear that even after paying all the fees and service charges, their money is neither safe nor guaranteed.

A perfect stage set for developers to come up with an alternate solution where nobody would dictate or control the data flow! And, Satoshi Nakamoto (pseudonym) came up with a peer-to-peer-electronic transfer system that cemented two disruptive ideas, hard to tell which one is bigger since the Internet.

Blockchain not only records a transaction or data but also verifies the same. For the past few years, blockchain has become a new horizontal for verticals like supply chain, smart contracts, file storage, IPs, Energy management, AML, stock trading, governance, land registrations and more to count.

While the Internet Of Money/cryptocurrency and cryptocurrency exchanges have already been discussed in great detail by us. The current article would enlist some of the most innovative blockchain startups in India, and their key application areas, other than cryptocurrencies.

Let’s checkout the list of the Indian blockchain startups that are a must watch in 2018!

A List Of Indian Blockchain Startups To Watch In 2018

Founded in 2016 by Rohas Nagpal and Shinam Arora, Pune-based Primechain Technologies is key to developing blockchain-based solutions for the banking system of India. As part of BankChain, a collaboration of 27 banks from India and the Middle East, Primechain is developing a blockchain powered technology platform for authentication, verification and storage of electronic records.

The Blockchain startup has applications in banking, capital markets, governance, healthcare and pharmaceuticals among others.

Mumbai-based Elemential is a blockchain middleware for enterprise. While the founders Raunaq Vaisoha, Anil Dukkipatty, Sahil Kathpal and Aaryaman Vir Shah dub Elemential as the wordpress of the blockchain space, Elemential products are sector agnostic and are being used to create a KYC utility by NSE, enable instant allotment for asset registries, manage royalty payments for media licenses.

NSE has already implemented Elemential Labs blockchain-based solutions, and as per Raunaq Vaisoha, Project Manager-NSE, like WordPress, Elemential enables users to build their own chain and the startup’s product provides these users with the support and development experience required to take blockchain to production.

The product helps suppliers avail loan against approved invoices by the manufacturer with no paperwork needed. SofoCap recently won the ‘Fullerton India Supply Chain Finance Challenge’ at Vizag Blockchain Conference. Among the other products, while SofoTrade streamlines the international trade settlements, SofoChain focuses on recording and verifying the transfer of assets.

Founded by Sanachit Mehra in 2017, Cateina Technologies provides blockchain solutions for business process automation. The solution helps ensure hassle-free continuity of trade. Transactions are guaranteed to be private and encrypted at all times, even when dealing with third-party APIs.

Earlier this year, YES Bank had announced that it has implemented a multi-nodal blockchain transaction to fully digitise vendor financing developed by Cateina Technologies. Cateina is using Hyperledger, an open source platform to write the codes for blockchain solutions. With a focus on DLT, EAI and IoT are vital parts of the startup’s business, with clients in USA, Spain, Singapore and West Asia.

Founded back in 2015 by Kumar Gaurav, the company has also collaborated with Gaurav’s London-based Cashaa, e-cell of IITB, and Mumbai-based Blockchain Lab for the R&D and customised application developments.

The blockchain startup has build applications in insurance, supply chain, capital markets, cross-border remittances among others. Some of its products include AuxLedger, AuxCE, AuxPay, Darwinsurance, Token Bazaar.

KrypC Technologies was co-founded in February 2016 by Ravi Jagannathan and Venkatraman Viravanallur. With offices in Bengaluru, Netherlands and USA, KrypC has created a B2B platform to ease adoption and usage of blockchain in different sectors.

The startup integrates and creates real-world business applications to the DLT Network. By using its proprietary connectors, businesses can create digital assets, build business rules for asset flow and obtain validation information of transactions and digital assets in the DLT network.

As claimed, the startup’s specialised connectors for financial industry are custom built for money transfer, trade finance and pre-approved loans. With vast experience in digital signature certificates, security and cryptography, KrypC has multiple patents in the areas of mobile wallet, digital currency, security and payments solution.

KrypC recently released KrypCore, the MVP version of their middleware platform that addresses the threads of enterprise resistance to the blockchain. By using KrypCore, enterprises can create a custom-built blockchain for their needs with zero coding effort.

Founded by Toshendra Sharma in 2016, RecordsKeeper aims to replace the cloud storage technologies like Dropbox or Google Drive. It is a Blockchain-based, peer-to-peer structured document storage for Businesses & Individuals. The platform allows users to store document, data & any transaction immutably in private-blockchain securely without the need of central authority.

The blockchain-based data security solution allows creating verifiable & immutable records of any types of data which are not possible in traditional technologies like MySQL, Oracle, and MSSQL.

This can also be used as a tool to generate a Proof-of-Existence, Proof-of-Authenticity & Proof-of-Integrity of a file, record, document, certificate, degree on the blockchain.

Based in Bengaluru, Signzy Technologies offers digital trust solutions based on blockchain and AI, aiming to simplify and secure digital regulatory processes.

Currently, it offers these digital onboarding solutions for banks, NBFCs and other financial institutions. Most banking services are going digital but one key process that is still offline and hampers consumer experience is regulatory compliance. There is a pressure to dilute digital KYC however digital has a higher risk. We at Signzy believe that through a combination of Artificial Intelligence and blockchain we can ensure that digital compliance is convenient but yet secure.

The startup was founded in 2015 by Ankit Ratan, Arpit Ratan and Ankur Pandey and has its applications in banking, insurance, mutual fund, payments, cryptocurrency.

Mumbai-based GetXS is developing blockchain based digital identities for users to authenticate securely over the Internet.

The startup has created 40,000+ XS IDs so far. While accessing their IDs, users don’t need to remember multiple passwords. The password has been tackled by giving users unique digital keys that can be used at all the correlated platforms.

Based out of Kerala, Accubits is an AI & Blockchain focused development and solutions company with its development offices in India and Dubai. The company is developing Blockchain-as-a-service platform in sectors ranging from fashion technology to complex CRMs.

Its flagship blockchain product GovBlocks aims to develop Ðapps (decentralised applications) based on Ethereum blockchain platform. Founded in 2006, the startup has applications in areas such as finance, retail, supply chain, manufacturing among others.

The solution provides real-time tracking and visibility of the life journey of a product, including geographical location, changes in temperature, along with all of the transactions, contracts and payments associated with the product as it moves through the supply chain.

The blockchain startup was founded in 2016 by Sid Chakravarthy.

Be it distributed ledger or decentralised applications, blockchain enables certain features such as hash, hashcash, proof of work, non-reliability upon centralised data, double-spending, digital signatures and so on that change the way we ‘trust’ in the digital age.

According to RBI “With its potential to fight counterfeiting, blockchain is likely to bring about a major transformation in the functioning of financial markets, collateral identification (land records for instance) and payments system.”

Blockchain-as-a-Service (BaaS) will not only minimise the frauds happening in healthcare, digital payments, supply chains, banking, energy trading, public services, but the technology will also maximise the efficiency and transparency in all these correlated sectors.

The above-mentioned Indian blockchain startups are catering to almost all the verticals where blockchain can be plugged in are set to change the face of Indian industries.

However, barring Andhra Pradesh and Telangana, other states are yet to show their interests in blockchain-based solutions. While AP government has already digitised all of its public services and also aims to enable blockchain in their services by 2019, other states lag far behind.

In private sectors, while supply chain and fintech companies are adopting blockchain at a faster pace, manufacturing, agritech, energy, real estate, telecommunications, tourism, and media & entertainment, in India, have a long way to go in this regard.

While these were the Indian blockchain startups, stay tuned for next edition of Startup Watchlist, where we will be featuring Artificial Intelligence (AI) startups to watch out in 2018!

[The startups mentioned above have been selected on editorial discretion, our interactions with the startups and other industry veterans.]