Vizag Blockchain Conference: The Andhra Pradesh Govt. Aims To Create 300K Jobs In IT & Electronics By 2022

Vizag Blockchain Conference: The Andhra Pradesh Govt. Aims To Create 300K Jobs In IT & Electronics By 2022 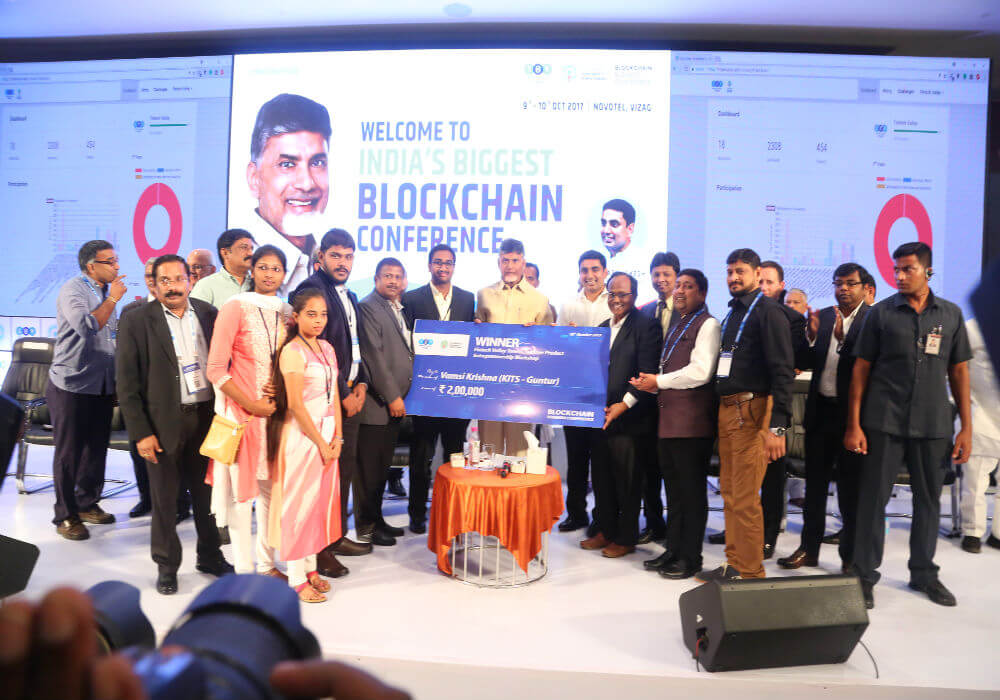 Sighting fintech, IT and electronics as catalysing verticals among all, the Andhra Pradesh state government intends to create three lakh jobs in both these sectors. This include around one lakh jobs in IT while two lakh jobs in the electronics sector, in the next five years. The announcement was made by IT Minister Nara Lokesh during the Vizag Blockchain conference, a two-day event that concluded on October 10, 2017.

He also announced that Tirupati which is being promoted as the state’s electronics hub has already attracted some $154 Mn investments. Also, electronics companies like Zoho, Dickson (LCD manufacturer), Celkon, Karbon, Lava, and Munoth (Lithium Batteries manufacturer) have planned to set up their manufacturing plants in the city.

While nine companies have already started their operations and invested around $100 Mn in Amaravati, the new capital of Andhra Pradesh, nearly 27 companies are in the process of setting up of operations, claimed Nara. Nearly 10K-11K jobs will be created in the city in the next few years.

Nara further said that while aiming to make Vizag the fintech and IT hub of India, the government is also focussing on its cleanliness, hygiene and waste management, socio-economic fabrics and infrastructure. This will help sustain the investments in the long run

J.A Chowdary, Advisor to the Andhra Pradesh CM and IT Minister further added, “The government has received many proposals from SMEs during this fintech Vizag Valley event. 60% of the participating companies have come for the first time to Vizag. Chennai, Bengaluru and Mumbai based startup SME companies are willing to start operations in Vizag. The government is in talks with 19 companies; out of which six companies have already committed for opening offices in Vizag.”

As a precursor to the Blockchain conference, the Andhra Pradesh government in partnership with KPMG, IDFC and Fullerton had initiated a fintech startup challenge spanning three categories in August 2017 to sensitise fintech vertical and blockchain platform among the startups. The competition received 80 entries collectively.

On day two of the conference, JA Chowdary announced the names of the startup winners and runners-up. The Challenge winners were judged on various parameters such as their solution fitment, ease of implementation, business impact and innovation.

Felicitating the winners and runners up, Chowdary said, “The government of Andhra Pradesh has taken a lead in becoming the next fintech and education hub of the globe. Through the significant scope of this challenge alone, we aim to develop Andhra Pradesh to house the next generation of blockchain technology users and operationalise the use case repositories.”

Besides, the startup challenge, the government in association with GITM University and IDEALABS had also organised a Fintech Valley Hackathon Challenge for students. The hackathon received 2500 entries from colleges across the state. At the blockchain conference, Chowdary presented $3072 (INR 2 Lakh) to the winning student team of the Fintech Valley Student Challenge. The team was lead by Krishna Vamsi, a student from KKR & KSR Institute of Technology & Sciences (KITS, GUNTUR).

On a concluding note, Chowdary stated that the Vizag Blockchain business conference was a great success. While the Andhra Pradesh state government showed interest in implementing technologies in various departments to better egovernance and real-time performance, India’s tech body NASSCOM and fintech majors like VISA and Conduent agreed to participate in the Vizag fintech ecosystem development in various capacities. At the two-day conference, around 50 speakers presented their ideas pertaining to the Blockchain technology to over 300 attendees and delegates from 10 countries.